Home Blogs The Ramp of Tears 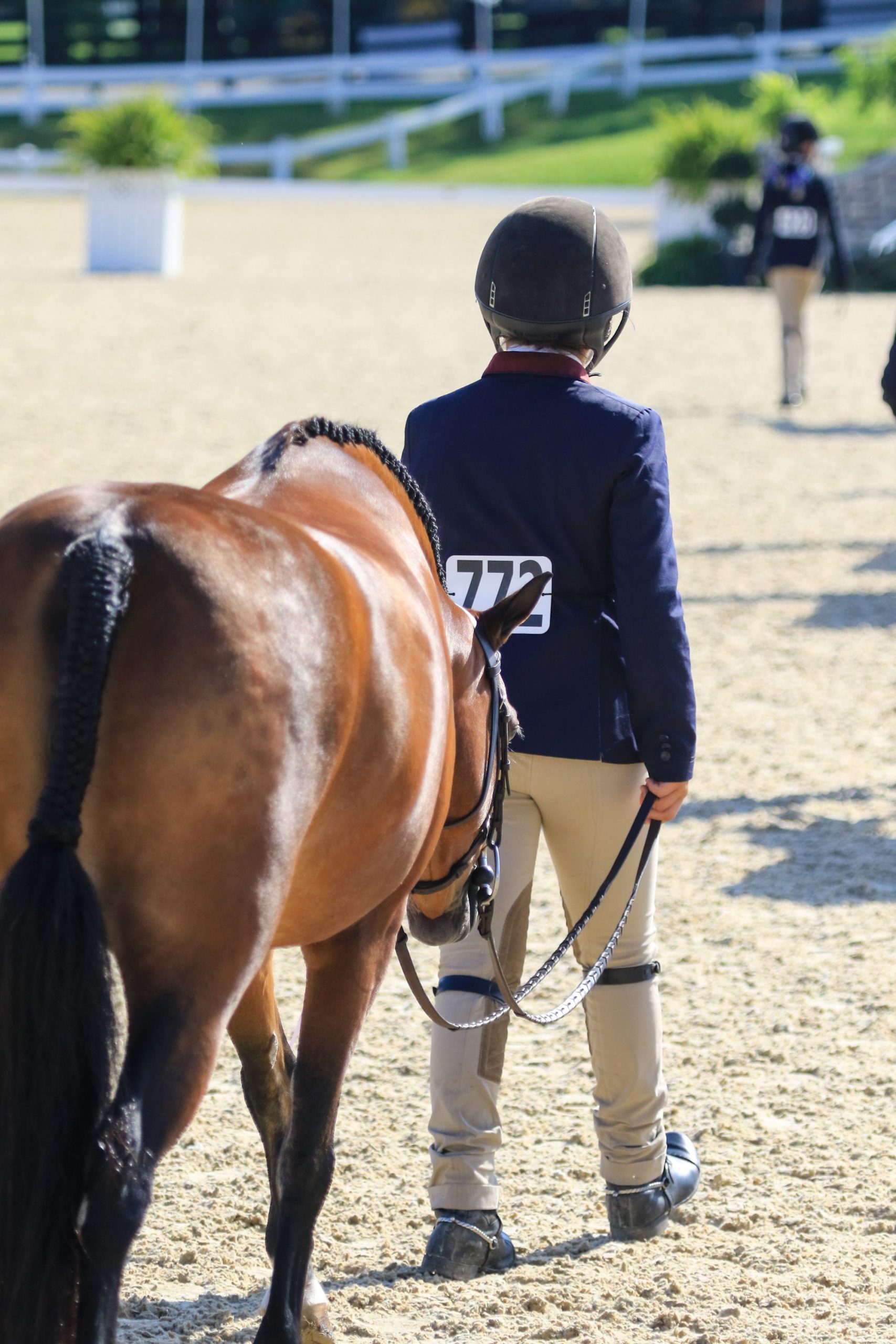 After making a quick “pros” and “cons” list for each, I realized most of my points for each stemmed from the structure of competition for each show. At Pony Finals, which spans an entire week, each qualified hunter pony jumps one single jumping round, models, and hacks, each counting for 50%, 25% and 25% of their final score respectively. At Junior Hunter Finals, each qualified horse jumps a hunter classic style round and a handy, both counting for 40% of their overall score and hacks for the remaining 20%. The equitation formats are quite similar, and their differences are well tailored to the differences between the equitation in the ponies and the “Big Eq.” While the hunter structures for each show may not seem strikingly different, the structure of Junior Hunter Finals radically changed my experience and consequently how I viewed each final.

The ability to jump two rounds at Junior Hunter Finals as opposed to one single round at Pony Finals completely changed my attitude and emotional state approaching the competition. The four years I competed at Pony Finals, the result of my one single round in that intimidating hunter ring at the top of the hill would move heaven and earth; if I could ride well, I would be on the map and famous, but if I failed to ride well, everyone’s opinion of me and my pony would reflect that one round. Of course my feelings carry much more intensity than the scenario I actually faced, yet the atmosphere a show creates is important in itself and horrifyingly, some of my feelings were actually grounded in reality.

The emotional environment fostered by the one single Pony Finals round can be extremely toxic. Only 25 or so kids will get to compete at the other national horse shows during the year, which increases the pressure to perform in one single round where the odds are against you: the ring is spooky and large compared to anything encountered at regional shows, your pony never gets to see the jumps, and both pony and rider often are understandably very nervous. The probability of all these moving parts working in tandem to turn in the “round of your life” that most kids dream of as they walk up the ramp to the walnut ring is so low. Thus, the ironically dubbed “ramp of dreams” becomes the infamous “ramp of tears.” Perhaps more toxic than the pressure itself is the actual weight of that one single round. Pony Finals is very much one large marketing gig, which, while it is not ideal for the kids competing, is a reality of the industry. The extent to which it is carried out, however, is too extreme. If a pony is naughty in its Pony Finals round, it’s often crossed of a potential buyer’s list without a second thought. On the other hand, a great performance at Pony Finals could easily be the selling factor on a pony. For kids who are conscious of this, the pressure is tenfold.

The structure of competition, if not uniquely designed for a sales purpose, caters perfectly to the market. Since the model and hack combined comprise half of the overall score and each award a set of highly coveted ribbons, a class of uber-fancy ponies who can consistently win the “fancy competition” regardless of their consistency at horse shows all year (where jumping rounds carry the majority of the weight) arises as the most sought after sale items. Instead of sales grounded in “good citizen” ponies who carry a record of winning all year but may have had a couple mistakes in the Walnut, Pony Finals sales are often driven by a desire to repeat a pony’s results at Pony Finals- a dash for ribbons. For kids whose ponies’ won’t have a strong model and hack score, the odds seem stacked against them for an overall ribbon, a feeling augmented by the jumping order being based on these combined scores. This format, which seemingly places the “fanciest” ponies last, leads to buyers only watching the last fifty, twenty, or even ten ponies go, again missing great opportunities on ponies that may be spectacular jumpers and great teachers in search of a big hack prize or a gorgeous, win-every-time modeler.

Junior Hunter Finals’ two rounds and limited weight on the hack gave me a completely different mentality. The ability to hack in the ring both mornings with the show jumps in there and show in the ring the previous weeks (in Big Eq, small jumpers, or even the International Derby) gave me the feeling of being set up for success, not failure. Part of my superior Junior Hunter Finals experience can be credited to the greater emotional maturity with which I approached the competition, not just the superior format. Plainly, the competition designers cannot give kids experience and emotional intelligence. If anything, Junior Hunter Finals should demand more maturity than Pony Finals, which is supposed to cater to little kids. In other ways, Pony Finals completely surpasses the lackluster quality of Junior Hunter Finals. Its recurring residence in the Kentucky Horse Park, which is essentially a huge playground for horse lovers and siblings alike, creates a “pony paradise.” Shopping on vendor row, “Pony Mom Land,” the golf cart parade, free clinics, the welcome dinner, the Pony Finals yearbook, bouncy houses, and the complimentary “Welcome Wagons” all contribute to the “pony-cation.” The ring is spectacularly decorated, and, as far as prestige and creating a sense of importance, no detail is overlooked. Ribbon presentations are glorious, ponies are gorgeously turned out, and everyone comes to the ring to watch.

Unfortunately, some of the perks of Junior Hunter Finals and the pitfalls of Pony Finals and vice versa are directly related. Pony Finals is a way for lots of kids to experience a national final, but the class sizes swell over 150 ponies and it is hard to jump multiple rounds while handling that many ponies. Junior Hunter Finals remedies this by having a final for each coast, which ends up reducing travel costs and enabling multiple rounds, but also lessens the prestige and excitement of the show. From my experience and the sentiments I’ve gathered from friends, the ability to jump multiple rounds outweighs the negative aspects of two finals, but there would be a lot of historical inertia to overcome in order to change Pony Finals so radically.

There are, however, many positive aspects of Junior Hunter Finals that can be carried over to Pony Finals: the ability to hack in the ring with jumps, the ability to jump in a pony suitable class in the Walnut ring the week before, and the jumping order drawn randomly.  Each aspect of Pony Finals benefits a different group and carries its own “pros” and “cons” many of which are crucial to the functionality of the industry. But, if the experience of competing at Pony Finals discourages kids from returning or even riding,  there will be no one to sell ponies to anymore and no more industry to prioritize.