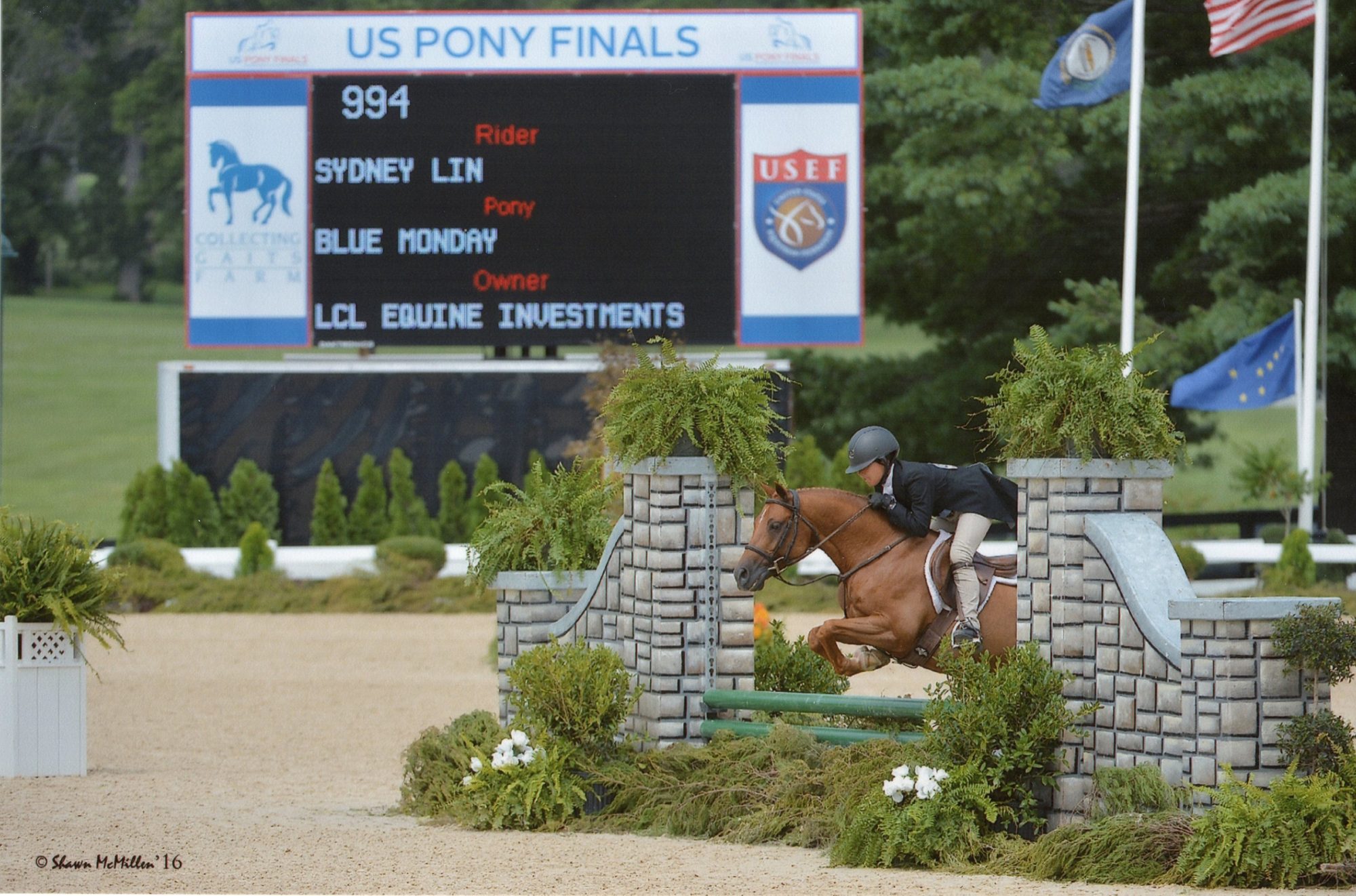 “The harder you work, the luckier you get,” is Cari Gleeson’s favorite saying. Gleeson is headed to USEF Pony Finals with four of her students who train with her at Stepping Stone Farm, located in Chagrin Falls, Ohio. Over the years, Gleeson has instilled this mindset into many riders who have earned success by believing: Try harder, work harder. Do not give up.

Among those in whom Cari has encouraged work ethic is Emma Kurtz. Kurtz is one of the top junior riders in the country. Quicksilver Butterfly, one of Kurtz’s early rides, was started by Gleeson. Emma was Reserve Champion in the Small Green Hunter Division at the 2011 USEF Pony Finals on Butterfly.

Emma embodies Cari’s belief that one of the most important elements of a successful rider is “feel”. “My first time at Devon, I was having trouble seeing the jumps on my pony, All the Glory,” recalls Emma. “Cari’s advice that day was to keep contact with my pony’s mouth and never have any slack in the reins. That was a turning point in my career. You cannot ride well without feeling what is happening beneath you, and Cari’s tip helped make that happen for me.”

“Feel” is not something that can be easily taught, according to Gleeson. She encourages her students to spend time riding on their own, riding without stirrups, and trying to pay attention to what they are feeling. “They need to try and feel what the horse is doing underneath them. Straightness and balance are the most important things to feel,” says Gleeson.

Compassion is another important trait among those who succeed, according to Cari. Leylan Gleeson, Cari’s daughter, explained, “My mom wouldn’t let my sister and me treat our horses like vehicles. Our animals were our partners, their well-being always came before the quest for ribbons.” Her emphasis on the horse’s welfare impacted Leylan’s equitation career. Just before she headed to the Winter Equestrian Festival in Wellington, FL for her last year as a junior, her horse popped a quarter crack. “Any other trainer would have patched the foot and sent us to Florida, but not Mom. She said your horse is staying home, period.”

Finding that right partner is also key. “I try to find animals that are talented, but also smart and have the desire to win.” says Gleeson. Sydney Lin’s pony, Blue Monday, is one of those special animals. Assistant trainer, Emily Alinen, who has ridden the pony for the last four years, always believed in him. “Mylo has all the quality in the world. He just had no work ethic.” She continued, “He has the best feeling over the jumps. It’s really effortless for him. If I could take a pony to Pony Finals, it would be Mylo.” Twelve-year-old Sydney Lin of Aurora, Ohio can attest to that feeling. “Even though it was hard in the beginning, now he gives me the most confidence.” Sydney’s mom, Jia Lin, an anesthesiologist at the Cleveland Clinic, admits, “I know my way around an O.R ., but couldn’t pick a pony if my life depended on it. That’s where my trust in both Cari and Emily comes in.”

Several of Gleeson’s students work with sports psychologist, Jack Lesyk. Fourteen-year-old Jori Greene, started with Gleeson when she was seven. “She was a very timid child. It took forever to get

her to canter,” remembers Gleeson. As a tremendously self-critical little girl, Greene needed help to focus on the positive and allow herself to make mistakes and learn. “Jack changed my whole perspective. He helped me so so much. He didn’t just help me with riding, he helped me with everything. Without him, I wouldn’t be as far along as I am,” says Greene. Greene will be taking Out of the Blue and Celtic Creek’s Golden Nugget to Pony Finals.

Standing at the ingate at USEF Pony finals we witness all the hours of practice come together. When a child enters the ring, be assured, it ‘took a village’ to get there. “Family support is essential in this sport, not only financially, but emotionally,” stresses Gleeson. “We need to teach the children to embrace the journey. Success is measured by the child’s sense of achievement. A smile at the end of a round, that’s the best reward.” Cari adds, “The ribbons, those are a bonus.”

What To Look For When Buying A Horse