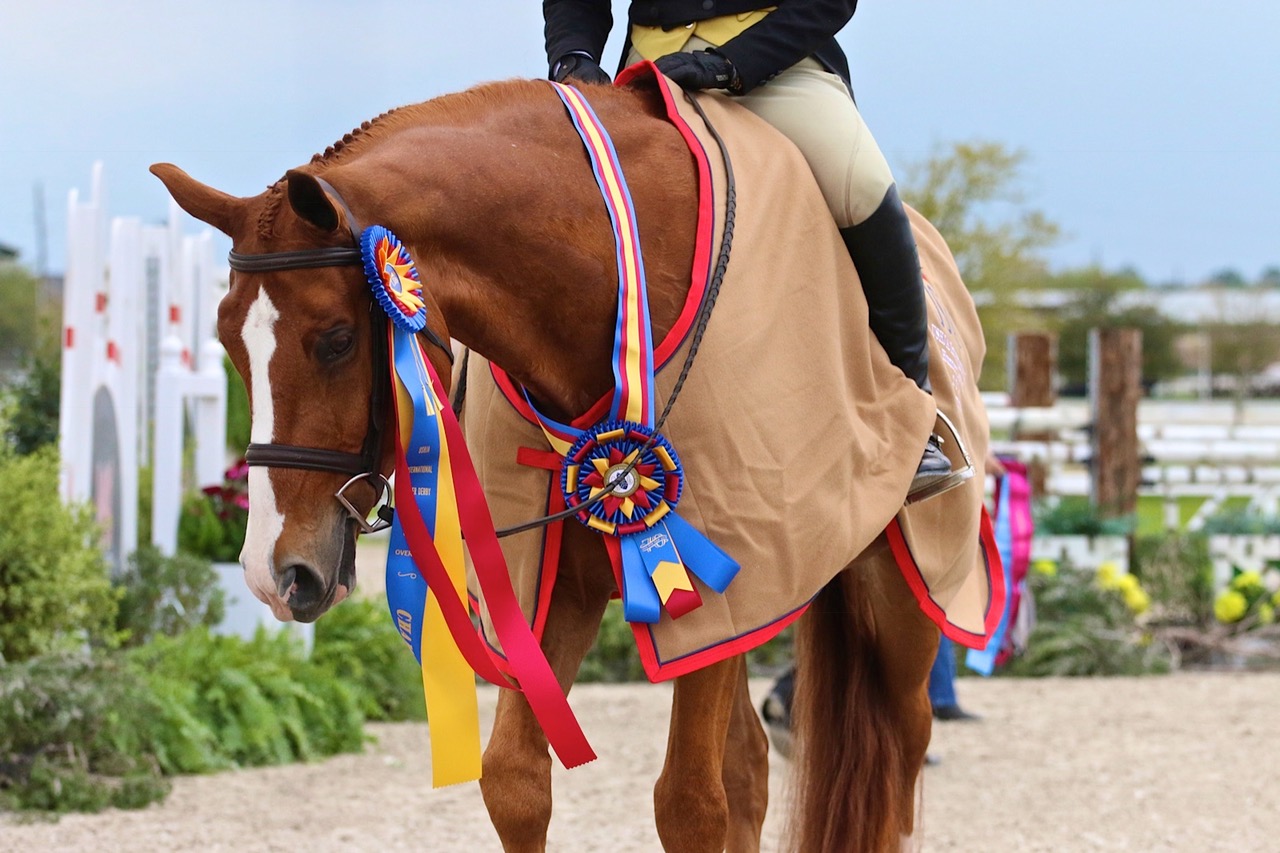 SBS Farms Inc.and Susie Schoellkopf announced the retirement of famed International Hunter Derby horse, Jersey Boy. The 15-year-old Hanoverian gelding will be retired to Stacy Sandbothe’s Tennessee farm, where he will live out the rest of his days. He will be officially retired at the 2017 USHJA International Derby Finals, which takes place August 17-19, at the Kentucky Horse Park in Lexington, KY.

Lewis currently leads the Lifetime Standings for Money Won with a whopping $297,851 to his name, achieved throughout 75 competitions in his long-lasting career. Since his 4-year-old year, Lewis’ reins have been in the hands of Jennifer Alfano, whose name is synonymous with the Hunter Derby. Together, Alfano and Lewis have collected 40 pages of online USEF Horse Results, with more than 25 derby wins along with more than 35 top twelve placings.

The announcement of Lewis’ retirement was made by owner and trainer, Susan Schoellkopf. “Jennifer and I would like to thank Lewis for taking us on this amazing journey and for giving us both a horse of a lifetime,” said Schoellkopf via her Facebook  post. “Life without Lewis will be very hard, but the memories will last forever.”