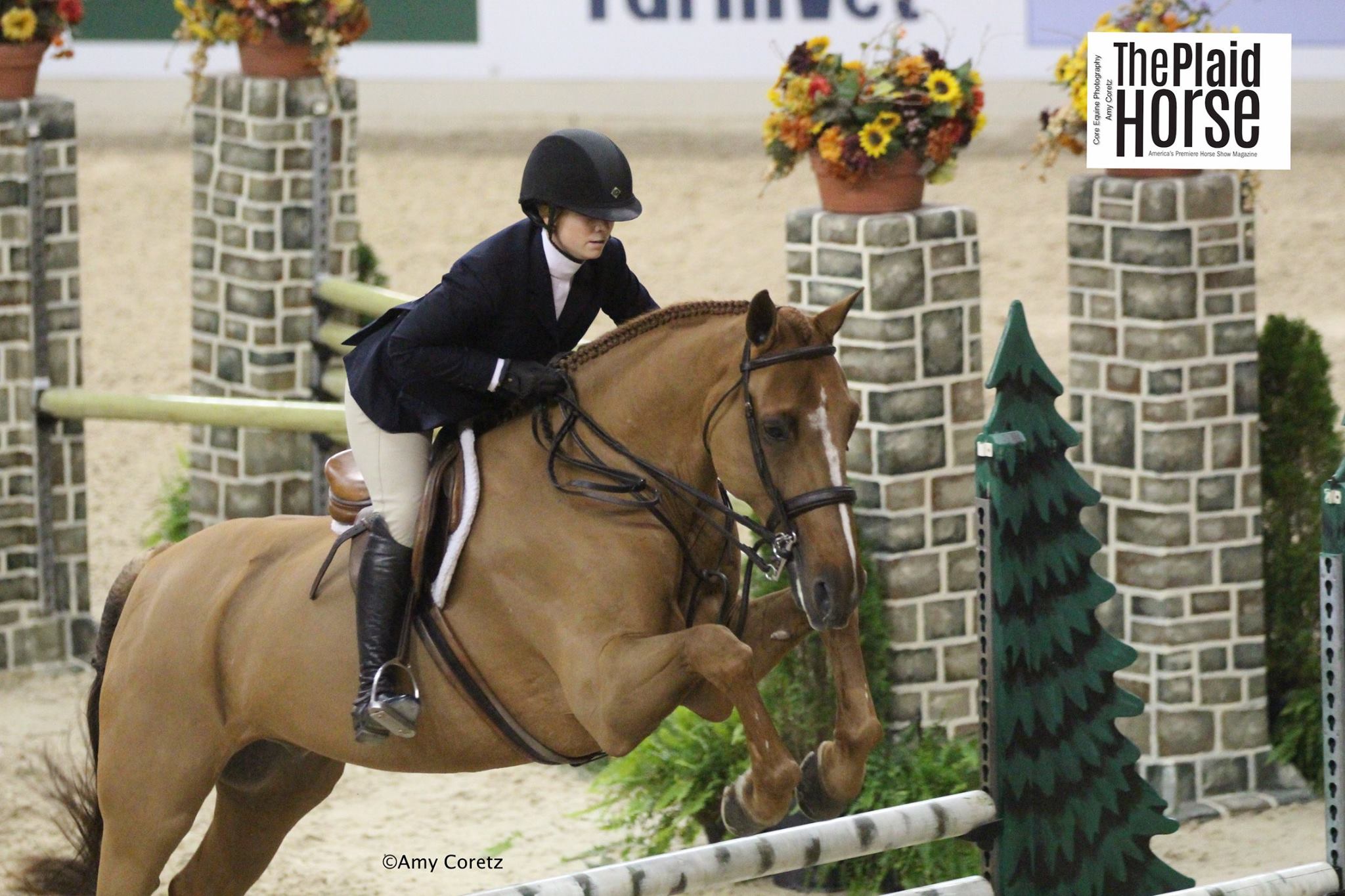 By Kirstie Dobbs and Hailey Johns

With the indoor show season on the horizon, the influence of social media on the mentality of young riders intensifies. While social media has some undeniably positive aspects, it is easy to fall into “FOMO,” or fear of missing out, mindset.  The Oxford Dictionary defines FOMO as “anxiety that an exciting or interesting event may currently be happening elsewhere, often aroused by posts seen on social media.”[1]  Studies show that 56 percent of social media users experience this fear of missing out, young people being particularly susceptible.  To best understand how to avoid falling into the trap of the FOMO mindset, we must understand the positive and negative effects of social media on the society of show jumping. The goal of this article is not to put forth an exhaustive list of these effects.  Instead, we advocate for social media users to disallow their ‘news feeds’ from determining their value as horsemen.

Social media provides a platform for connecting with old friends and uniting with others in pursuit of a common goal.  It allows friends and fans from across the nation and world to network, which leads our expansive equestrian community to feel much smaller.   It also allows riders to support and celebrate the successes of others, as well as their own.  A report by CNN states that 52 percent of young people believe that social media has positively impacted their relationships, while only 4 percent believe it has had a negative impact.[2] These statistics are indicative of social media’s increasingly positive influence in our society, equestrian and otherwise.  Not only does it provide a network for old friends to stay connected, it allows new friendships to be forged.  Social media eliminates the complications presented by geographical location and opens the door for new relationships. This is especially relevant to the equestrian community, due to its geographically diverse membership, and their growing tendency to travel long distances to train and compete.  On top of that, social media allows for ideas and information to be exchanged swiftly and simply.  Members of the equestrian community share reviews and recommendations on products, horse shows, stabling, shipping, and training with the click of a few keys. The Chronicle of the Horse reported that “respondents selected Facebook as their no. 1 preference for horse sales.[3] Equestrians are loving the easy facilitation of information that social media offers.

Social media also provides an outlet for people of all different backgrounds and beliefs to unite and support causes that they believe in. The #RideForOlivia movement exemplifies this point. Olivia Ingils was a young 17-year-old girl who lost her life in a tragic riding accident in spring of 2016.  Equestrian supporters from around the world tagged their favorite horse pictures with “#RideForOlivia” to show support of the Ingils family during this unfathomably difficult time.  The hashtag racked up over 20 million shares worldwide.  It is a touching example of how social media can be used to unite members of the equestrian community under a shared, positive objective.

Despite social media’s ability to unite the show jumping community in efforts to educate, support, and celebrate, social media also contributes greatly to the fear of missing out, or FOMO.  A person develops FOMO after exposure to glamourized events and activities from which that individual is excluded. With the indoor show season on the horizon, it is all too easy to fall into the FOMO mindset.  For those not attending indoors, the constant stream of pictures, videos, and results flowing through social media can be overwhelming and lead to the side effects of FOMO, such as anxiety, depression, and insomnia. Social media users tend to post “highlight reels,” and showcase successes while omitting challenges. The saturation of “highlight reels” creates an inaccurate portrayal of life in the show jumping industry.  A study by ABC News found that “66 percent of teenagers wanted to share details online when they were having a good time.”[4]  The same study by ABC News found that “60 percent said they felt worried when they found out their friends were having fun without them.”  This statistic legitimises the fear of missing out, as it clearly affects a large number of people, young people in particular.  Young members of the equestrian community are no exception.

There are, however, ways to combat FOMO. First, keep in mind that not attending indoors or other prestigious venues, does not define horsemanship. Yes, those that qualify have achieved a fantastic goal that is worth commemorating. But, a person’s value as a horseman is not dependent upon the prestige of the show venues they attend.  Second, all factors held constant, opportunities to compete at high-level venues can always be pursued by the long-term enthusiast.  A long-term perspective may assuage feelings of FOMO. Finally, what young riders should keep in mind is that a large portion of social media accounts are “highlight reels.” All riders, from the very top of the sport to the walk-trot ring, experience challenges and struggles, regardless of whether these struggles are showcased on social media.  Acting as a self-aware and proactive media user can curtail personal negativity after perusing one’s newsfeed. If you find yourself falling into the FOMO mindset, perhaps trying turning your phone off.  In extreme cases, it may be best to take a hiatus from social media.  Deleting social media apps can be very liberating, and will surely help to diminish the feelings and effects of FOMO.

[3] Bailey, Molley. August 12th, 2017. “From the Magazine: Is My Instragram Feed Compromising my Amateur Status.” http://www.chronofhorse.com/article/is-my-instagram-feed-compromising-my-amateur-status. Acccessed on August 14th, 2017.

PUBLISHER’S NOTE: Even a King…