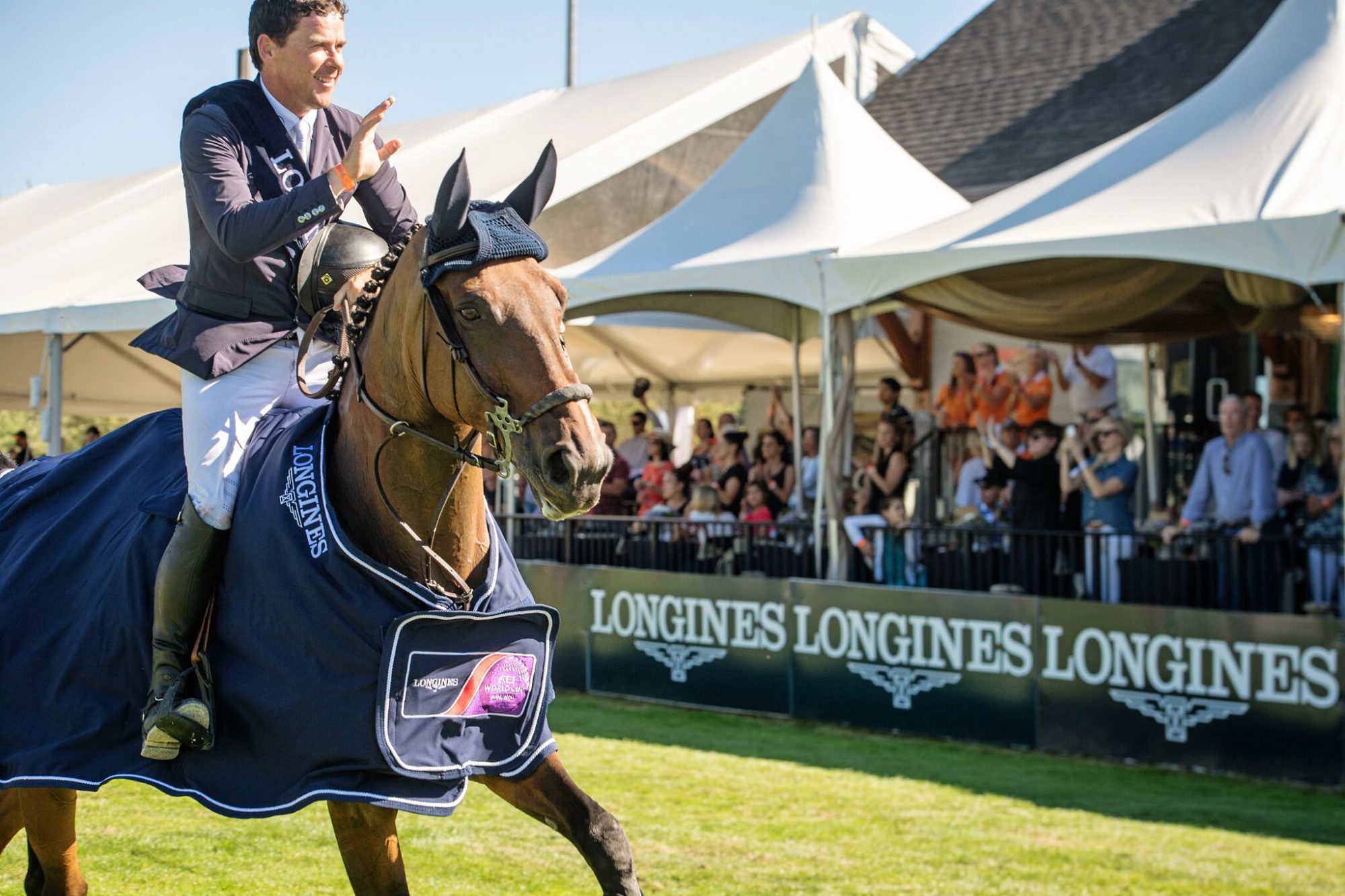 Langley B.C. –  It was Conor Swail of Ireland and Flower again! The power due pulled two clears to take the win at the Longines FEI World Cup Jumping at Thunderbird Show Park. This was the fourth win for the pair at Thunderbird, and the third this week. Flower, a talented 12-year-old-mare, owned by Swail and his student Vanessa Mannix is quick and careful, and as Conor has remarked before – she is very quick across the ground.

Second place was Canadian Chris Surbey who rode Daylight VDL, a fairly new match for him he did a fantastic job with two clears as well, but finishing behind Swail with a time of 45.48. In the press conference Surbey remarks on how even though his horse is bigger and takes bigger strides, it is slower off the ground than Flower. Swail and Flower’s time in the jump off was 41.86 which is almost four seconds faster than Surbey’s. Surbey was one of two Canadians who represented Canada in the Longines FEI World Cup Finals back in April and is looking to be heading back there again.

Another Irishman, Alan Wade was the course designer, he did fantastic job with seven out of 26 coming back in the jump off. Wade utilized the big grass field and set some big verticals with room for options on the turns. Flower’s agile and strength off the turns could be seen as she tore around the jump off. The course had the variety of both technical questions as well as demanded strength and skill from the horses. One common spot for issues was the big Longines oxer coming into the triple combination, a few horses dropped a leg to catch the rail. There were a lot of rounds with just those disappointing four faults, many being top riders in the sport who were top contenders for win.

It was the perfect setting for Swail and Flower as the pair have had success all week at Thunderbird Show Park. Swail and Flower now look towards the next qualifier in the west coast series for the North American League of the Longines FEI World Cup Jumping.