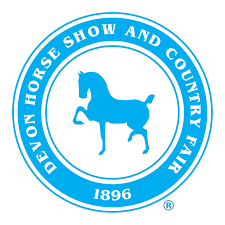 Devon, PA – September 15, 2017 – Horses and riders returned to the Dixon Oval for another shot at the prize money Friday for the 2017 Devon Fall Classic. Both the $5,000 Speed Stake and the $1,000 High Junior/Amateur-Owner Jumpers were run as pure speed classes, pressuring competitors to lay down a quick and clean first trip. The largest check of the night ultimately went to Laura Chapot, who piloted Out Of Ireland to the winner’s title in the $5,000 Speed Stake. Lucy Matz and Bailey VI bested the field in the $1,000 High Junior/Amateur-Owner Jumper class to ride away with the blue ribbon as the leading pair.

Capping off the evening under the lights as the most prestigious class of the day, the $5,000 Speed Stake challenged each contender to ride an effective trip over the 1.40m fences faster than the rest of the pack. Course designer Paul Jewell proposed a lofty series of obstacles to the horses and riders, proving no issue for Chapot and Out of Ireland, owned by The Edge, who blazed through the track in the unbeatable time of 60.446 seconds as the third to enter the ring. Though a series of competitors managed to keep all the rails in the cups for clean trips, none managed to surpass Chapot and Out Of Ireland’s clean time except Chapot herself, who nearly outdid herself in the class aboard Mary Chapot’s Zealous. As one of the last to go, Chapot and Zealous laid down a strong performance and the quickest trip of the night in 59.971 seconds, the only pair to break 60 seconds, but unfortunately Zealous clipped the jump standard on a tight turn, toppling the rails to accumulate 4 faults against them.

Ibrahim Barazi and IB Stables’s Softbeat took their turn around the track two trips later, and it appeared that Barazi and his mount may give the early leaders reason to worry until a rail fell near the end of the course, with the pair finishing on 4 faults in a quick 61.125 seconds, the only pair at that point to come within a second of Chapot and Out Of Ireland. The second-to-last to go, owner-rider Pablo Mejia and RL Queen Mary looked to pose the greatest threat to Chapot, crossing the timers in a nail-biting finish with all the rails still up, but unfortunately just a half-second too slow in 60.913 seconds, securing Chapot and Out Of Ireland’s spot atop the scorecard.

Mejia and RL Queen Mary nabbed the second position behind Chapot and Out Of Ireland in the victory gallop, followed by Barazi and his own Omnia Incipit, who finished in a clean 64.183 seconds to claim third position. Chelsea Babcock and Da Vinci, owned by Empire State Equine Sales, LLC, claimed fourth place with a clean time of  66.571 seconds, and Willie Tynan Red Barn Farm, LLC’s KEC City Limits rounded out the top five with their time of 67.228 seconds.

Earlier in the evening, Matz and Bailey VI, owned by Dorothy Matz, made their mark on the 2017 Devon Fall Classic with a win in the $1,000 High Junior/Amateur-Owner Jumpers. Matz and Bailey VI coasted around the track in a speedy 63.950 seconds, leaving the course intact and setting the standard for the remaining athletes. Three seemed to be a lucky number Friday evening as, just like Chapot, Matz rode third in the order of go. Jesse Smith and her own Charles Pinckney Windsor Z gave the early leaders a run for their money with their clean ride, but tripped the timers a bit too slowly in 64.518 seconds. With only one pair left to ride, Matz and her mount’s time still stood at the top of the leaderboard as Cynthia McGrath and Mapledale Associates, LLC’s Quinaro, who won the High Junior/Amateur-Owner Jumper class Thursday, entered the ring. Though McGrath and the towering Quinaro navigated the course faster than any other entrants, stopping the clock in 63.704 seconds, Matz and Bailey VI remained unparalleled as McGrath and her ride rolled rails to drop to fourth position overall.

Jumper action at the 2017 Devon Fall Classic will continue for two more days, concluding Sunday Sept. 17, 2017. With every class of the weekend boasting prize money, competition will not be in short supply with nearly $100,000 up for the taking between the divisions. The highlight event, the $25,000 Devon Fall Classic Grand Prix, will take place Saturday evening.

On her experience with and plans for Out Of Ireland:

“I have had Out Of Ireland for three years now. She is on Irish-bred horse and she came from Cian O’Connor. She has moved up through the ranks, and she is going to do the grand prix this year, which I think is the first time she will be doing it. She has done some smaller ones. She is unphased by the lights and the crowd so hopefully she will be good. Tonight was a good prep for her.”

On Out Of Ireland’s natural abilities:

“She has a big stride, which helps her on a course like this. She really covers the ground. She is handy and has a big stride and she can do it without running, so it can stay really smooth and she doesn’t get rattled at all through the course. That’s really the key to her. She has that natural speed and I think that sometimes people get trying really hard to catch her and that’s when they make mistakes.”

On her plan for the course:

“Unfortunately I had to go very, very early in the order, and at the time it seemed a little bit risky to do [the inside turn], especially going so early. You landed a little bit past where you had to turn so I felt like, with her speed, it would be just as quick to just go right around, and in the end it was. [Out Of Ireland] is a naturally fast horse so I wanted to trust her and allow her to have a nice smooth round without pushing her too hard because she is very deceptively fast. Even without going fast she is often the winner of the class.”

On showing at Devon:

“It’s always exciting to show at Devon. You always get a great crowd here and the crowd is very into the competition and I think that makes the horses jump a little better. It makes it so much more exciting when you have a crowd that is cheering for you and makes you want to win the class for them. You know the footing is great no matter what happens and the facility has just been revamped and it is getting better and better all the time.”

On her family in the equestrian business:

“One of the great things about being in a riding family is that it’s a real family project, so to speak. We all come together and we all help each other and it just makes it all that much better when you have success.”

On her plan for the course:

“The last time I showed her at Devon under the lights [Bailey VI] was nervous and kind of sticky, so I really just wanted to get her in the ring and have a smooth round and she went around very nicely.”

“I have had her for two years and she is 11 years old now. I bought her from Sloane Coles in The Plains, Virginia. She is really spunky so you have to let her go with the flow.”

On Showing at Devon:

“Devon is great. I love how the community comes together and you get this really wonderful atmosphere to support the riders. It’s also always an honor to ride in the Dixon Oval. I am from Kennett Square [Pennsylvania], so it’s nice to show locally.”

On working with her dad, Michael Matz:

“It is great to be able to work with my dad on my riding. I learn so much from him just by watching him. He is also really helpful by keeping my horses fit and schooled while I am away in college. [Since] I am in college right now, that takes up most of my time. I train with my parents and Mario Deslauriers.”