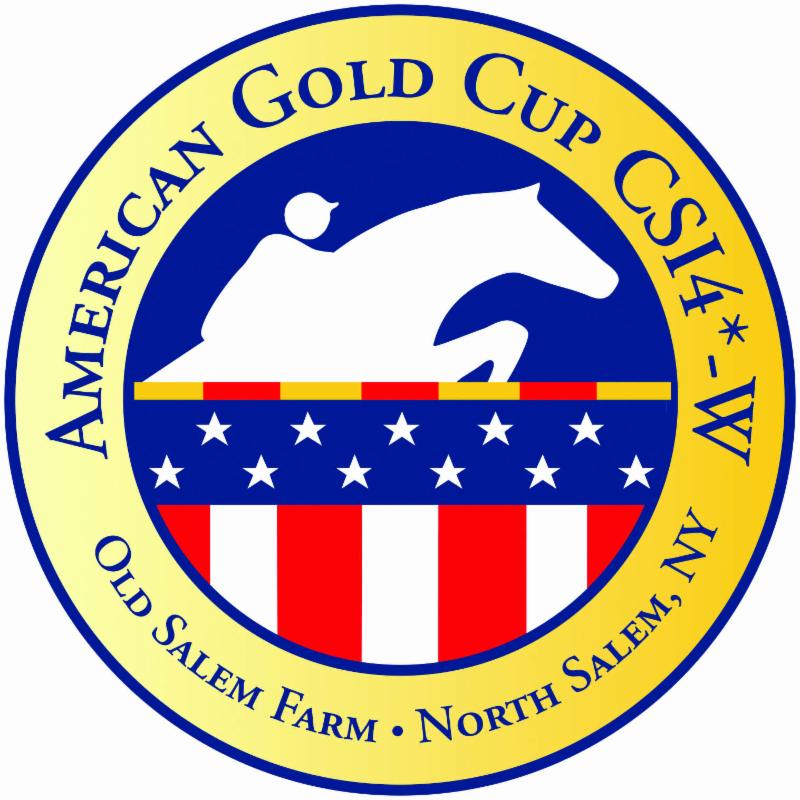 The American Gold Cup hosted the Region 1 and 2 ASPCA/NHSAA Maclay Championships on Saturday, allowing top riders to qualify for the renowned ASPCA Maclay National Championship at the National Horse Show in November. Cooper Dean and Madison Goetzmann guaranteed their spots in the finals, decorated with gold medals, to lead Region 1 and 2, respectively.

The morning began with Region 1, consisting of Connecticut, Massachusetts, Maine, New Hampshire, Rhode Island and Vermont, and followed into the afternoon with Region 2, made up of New York, New Jersey and Pennsylvania.

A 12-obstacle course separately tested each region in the indoor arena at Old Salem Farm followed by four sections of competition on the flat for Region 1 and three sections for Region 2.

Dean, of Region 1, bested the larger class of 57 starters aboard Heritage Farm’s 8-year-old gelding, Kori D’Oro. Although he calls Alabama home, Dean lives and trains at Heritage Farm in New York as a working student under head trainer Andre Dignelli. In his final junior year at 18 years old, Dean decided to direct all of his focus towards the indoor equitation season, even leaving his working student position with Aaron Vale after his years in the pony jumpers. However, Dean still credits much of his success to Vale who gave him the polish, while “Andre’s done a lot of buffing.”

Fourth in the ring for Region 2, Goetzmann rode Elizabeth Benson’s San Remo VDL to a beautiful round over fences to outride her other 35 competitors and maintained her lead through the flat phase in the final group. The seasoned veteran, San Remo, is an equitation expert at 17 years of age, winning multiple finals at the Washington International Horse Show and Capital Challenge Horse Show with past riders. Goetzmann was able to qualify for Maclay regionals while at WEF this year and just recently teamed up with the Warmblood gelding at the Hampton Classic after spending her summer campaigning in the jumpers in Europe under the tutelage of John and Beezie Madden. She plans to continue her winning streak with San Remo by retaining their partnership through this year’s equitation finals.

“I thought it was pretty similar to a finals course. There was a good bit of tests that you had to do in there. This is my fourth time doing regionals and it’s my last year so there was no reason to be nervous. I just wanted to go in there and be confident and execute.”

“Since this is his first time doing indoors we are just being cautious of that. Obviously he doesn’t seem to mind. Andre [Dignelli] owns him and lets me ride him and I’m so thankful for that. I started riding him midway through WEF and he qualified me to do the [George H. Morris Excellence in Equitation Championship]. I took him to Devon where we won a class and were third in the Maclay. It just seems like whenever it’s time for him to put on his big boy pants he does. He was doing a little bit of equitation [before], but I think that I’m the first rider to be consistent. He’s got a couple of quirks to him, but he’s pretty perfect for what I need.”

On his working student positions:

“[I’ve been with Heritage Farm] since the middle of February. I used to ride for Aaron Vale and he taught me everything from the get-go. I did pony jumpers when I was little and then he kind of took me under his wing for three years. I really wanted to aim for an equitation final this year. Aaron taught me more than anybody else so I have to give him some thanks.”

On her plan in the class:

“Knowing that I went early, I wanted to make sure that I did the right strides and execute the course correctly. My overall plan was to make everything smooth and to keep in the back of my head that if there was a small bobble that I should just keep doing the best that I can. The “S” line, the five to the five, is what I noticed got many riders in the Zone 1 regional so that was the main focus of my trip. I wanted to make sure that I executed that very well and did it as smooth as possible and I think that’s what ultimately led to a good result. I knew that I was on top going into the flat.”

“San Remo was perfect. He just does everything for you. Words can’t really describe what he’s like to ride. This is my third class on him. My first class was at the Hampton Classic and we won that one too. Stacia [Madden] offered me San Remo saying that she thought we’d be a perfect match. I train with John and Beezie [Madden] for the jumpers, and San Remo’s actually been up in Cazenovia all year round. It’s a really great program for him. He gets to be a horse all year round and goes back to Stacia’s barn mid-July to prepare for equitation finals. He’s the finals specialist. I’m very grateful that Stacia gave me the opportunity to ride him. He’s just such a smooth horse. He will do anything you ask of him and he really just has a good heart. He’s a really special horse.”

On transitioning back to equitation after competing in the jumpers in Europe all summer:

“It’s nice to get back to the equitation. I went to [Stacia]’s farm once before going to the Hamptons and we did a boot camp right there. We got some things fixed, but I have John and Beezie on the road with me too. Beezie is a perfectionist. Stacia definitely helped me with a few smaller things – eyes up, heels down, smoothness is everything. I’m grateful that I have her on the side.”