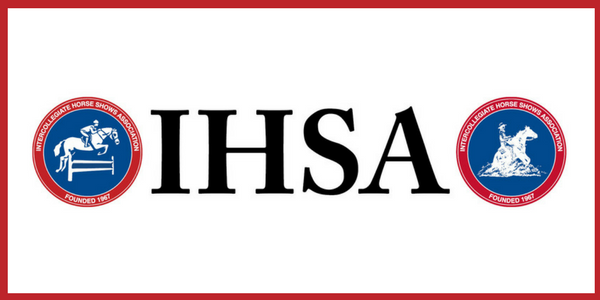 Murfreesboro, Tenn. – Sept. 26, 2017 – Anne Brzezicki was honored at a retirement reception at Middle Tennessee State University (MTSU) in Murfreesboro, Tennessee, Sept. 22, for her many contributions and 35 years of service as to the equestrian program. She played a significant role in the growth of the Intercollegiate Horse Shows Association (IHSA) programs by founding programs at three universities and establishing the Western divisions in 1978. At the event, the university’s equestrian arena was named for Brzezicki.

As a student at University of Connecticut (UConn) in 1970, she helped to launch their IHSA team. Working alongside fellow student Duncan Peters, the two served as team coaches after the departure of their coach during a hiring freeze. They led the team to the Hunter Seat National Championship in 1972. After graduation, Brzezicki officially took the position as coach of the UConn team.

Her husband’s work landed them in Tennessee and the MTSU equestrian program added Brzezicki to the staff. She founded their IHSA team and helped to expand the IHSA zone map.

“My colleague Dr. Dave Whitaker helped us with our first MTSU show, Brzezicki said. “He told me, ‘We have to have Western because, in this part of the world, that’s a much bigger population of riders.’ To serve more of our students, this was the way to go.”

She worked with Kenny Copenhaver from Miami University of Ohio, to establish the IHSA Western divisions which premiered at the 1979 National Championships.

While attending graduate school at Virginia Tech, she founded their IHSA team and served as coach. Brzezicki returned to MTSU in the 1980s. At MTSU she coached 18 IHSA National Champion riders and multiple Reserve National Champion and top-ten riders.

Brzezicki has been active in US Equestrian, AQHA and 4-H. In addition to competing at US Equestrian events, she coached students to major AQHA wins at the All-American Quarter Horse Congress and AQHA World Championships. She is a Certified Horsemanship Association (CHA) master trainer, clinician and board member. In 2015, she was honored with the CHA Association Instructor of the Year award.

“Winning never gets old,” Brzezicki said. “But my favorite experience has been working with the terrified beginner that becomes a real rider and finds their place in the world. IHSA provides that opportunity better than anything else. I love teaching the advanced stuff, too, but I love that IHSA works for the horse industry by bringing new people in.”

Brzezicki served as an IHSA zone chair and was awarded the IHSA Lifetime Achievement Award in 2003 and Regional Coach of the Year in 2004. She will stay on as an IHSA director-at-large where she plans to remain active on the Western committee.

Brzezicki will continue teaching her private clients. “We’re still going to some horse shows, but I want to travel. I want to see a lot of the interesting places we drove past on the way to horse shows.”