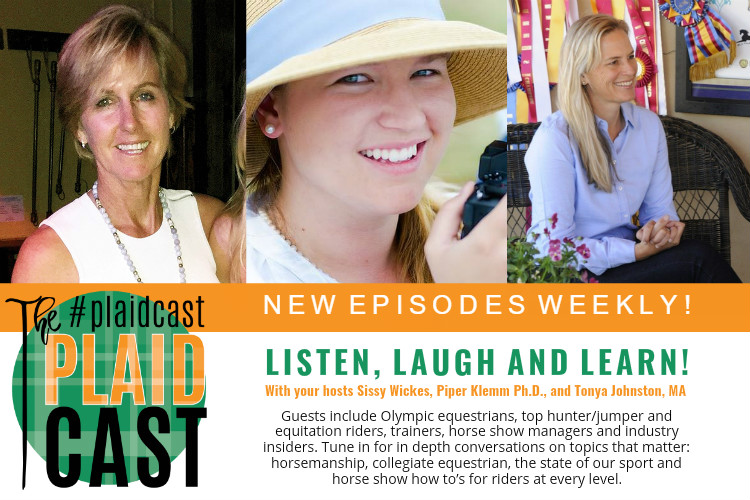 To listen to the Plaidcast, you can use the player below, the Horse Radio Network iOS App, Android App, Stitcher, iTunes, Google Play Music, or your other favorite podcasting app!

Join The Plaidcast NCEA Update Edition Co-Hosts Tom O’Mara and Piper Klemm reviewing all things NCAA Collegiate Equestrian as the new school year is now underway. This is the 2nd of 8 shows this Fall (every other week) following the action in depth and bringing you exciting insights, analysis and interviews with the teams !!! Additionally, listen to Tom and Piper as they get a chance to recap the first live meets and introduce some of the new Equestrian Coaches for this year! Finally, they get a chance to interview two NCAA Equestrians who were already active in the new season…. one a South Dakota State JackRabbit and the other a Texas A&M Aggie! Listen IN ….. There are many ways to listen to the Horse Radio Network Shows. Click on the selection below to learn more and search Plaidcast to listen in: