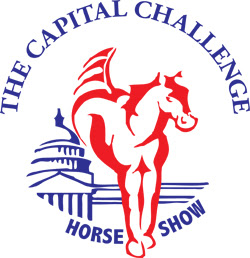 Liza Boyd, Victoria Colvin, Tracy Fenney, John French, Scott Stewart, and Hunt Tosh each contested the first two rounds on a borrowed horse donated for the class before bringing a horse of their own into the ring for the third and final handy round.

“I had a little bit of luck of the draw,” said Boyd of her second mount, Redfield Farm’s Carolino. “I got the horse that was a little bit nervous the first round for Scott (Stewart), and Scott did a beautiful job of warming him up for me. So, I kind of felt like the amateur rider that got to get on after the pro rode it around. Thank you, Scott!” – Liza Boyd Watch Liza Boyd’s Winning Round from the $5,000 WCHR Pro Finals! The win in the 2017 ARIAT National Adult Medal Finals was presented to Mahala Rummell of Jacksonville, FL, riding Bellagio.

Rummell, 25, rode the 14-year-old Dutch Warmblood gelding, owned by Zoe Ganek, to a first-round average score of 89.66 to immediately take over the lead in the class of 30 entries.

With Rummell atop the leaderboard, the top ten from the first round were then invited back in reverse order of their standings to jump a second course. As the last to return, Rummell delivered another well-executed round, earning a score of 88.83 for a cumulative total of 178.49.

At the conclusion of the class, Allyson Blais of Boynton Beach, FL, sat in second behind Rummell having earned scores of 88.66 and 87.16 for a 175.82 total aboard her own Captain Darco Heldenlaan Z.

With more than three points separating Rummell and Blais, further testing was not necessary, and the victory was awarded to Rummell. Rounding out the top three behind Rummell and Blais was Ashley Foster of Brookeville, MD, with a total score of 175.24.

“[Bellagio] gives me a lot of confidence and makes you feel like you can do the hard stuff. He’s pretty quiet. I’m always worried that I’m going to run out of horse; I feel like I’m kicking a lot, but he carried me around really well today.” – Mahala Rummell

WORDS FROM THE WINNER