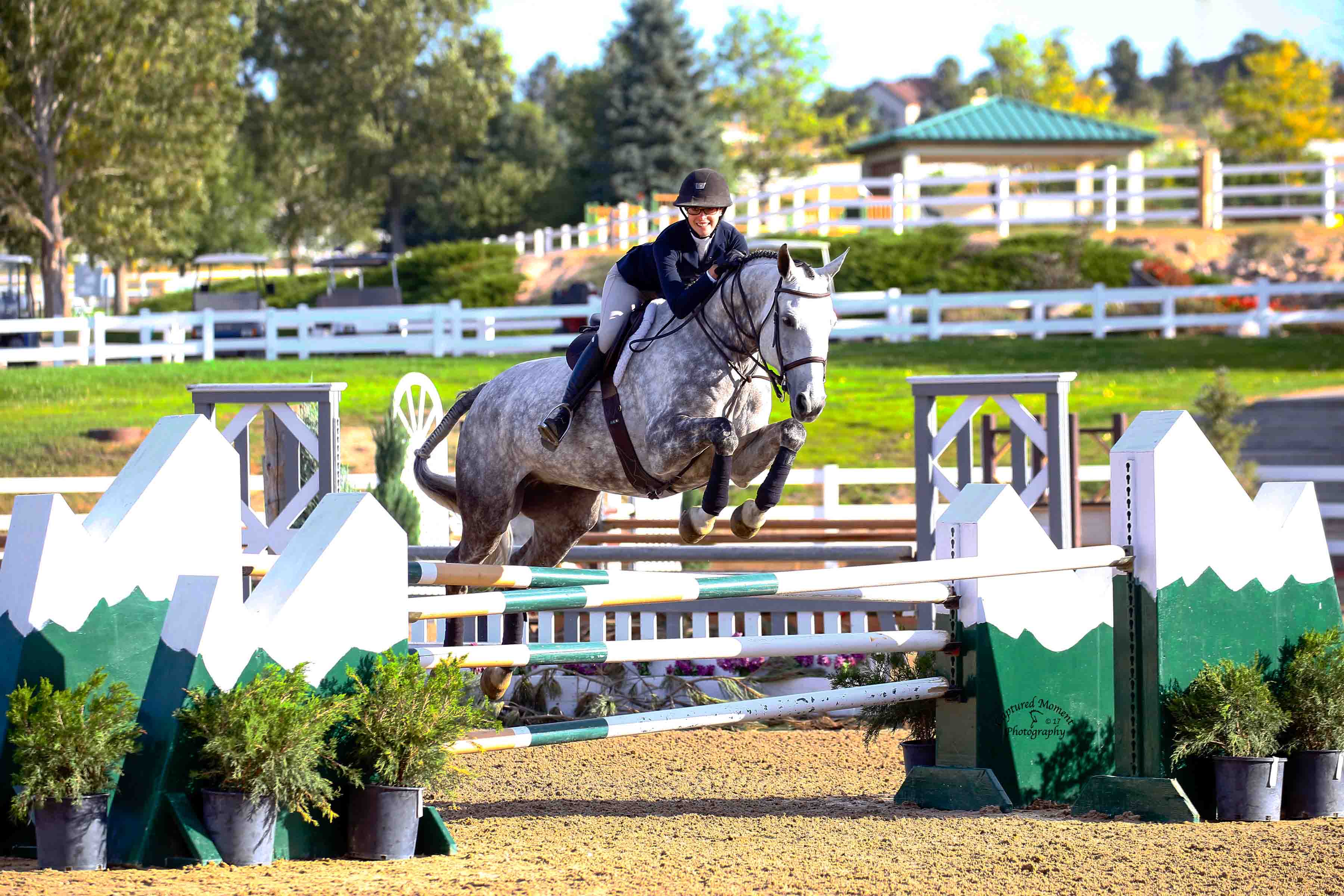 If you’ve been following The Plaid Horse for the past few years or only the most recent issue you know of super-intern Irene Elise Powlick. She and I have became pretty close over the past three years that we’ve worked together, inside and outside of The Plaid Horse. She is an exceptional person, athlete, and writer. Just last month, she qualified for the 2017 ASPCA Maclay Finals through competing at the Region 6 Regional Competition at the Colorado Horse Park. Irene is an avid horse shower, traveling the country to compete on the ‘A’ circuit. Her hometown of Salt Lake City, Utah, though, has not always offered USEF ‘A’ rated horse shows until this season when her own trainer, Michael Knight, his family, and members of the community decided to change that.

Wasatch Horse Shows began as a response to the needs of Utah’s hunter/jumper community. Wasatch Horse Shows has offered competitions from 2015 until now that are ‘B’ rated. Utah did not have a USEF ‘A’ rated horse show or show series until this year, which was problematic because the locals wanted to chase year-end point based awards or compete at a higher level. As the shows grew, the Knights and their team decided to step up once again, and to create the highest level of competition ever to be seen in Utah.

Holly Dwyer is a huge part of Wasatch Horse Shows’ success.  She manages the office and is the show manager, while also running Alta Hill Tack, the local tack store for hunter/jumper competitors. Holly, an amateur rider, forgoes showing in order to tend to her other duties. Hillary Howe and Mariah O’Malley run the gates and announce horses for each ring, while Candice Hasenyager and Shane Baird serve as caterers for each horse show. Michael’s mother, Diane, spends her free time hand painting and creating the beautiful jumps that Michael designs into courses and sets after training Irene and his other clients at the show. Shows take place in the indoor, as well as the expansive polo fields at the South Jordan Equestrian Center in South Jordan, UT, just outside of Salt Lake City. Each of these factors has contributed to make the Wasatch Horse Shows possible and enhance the experience of the exhibitor. Prizes given out for first place are regularly Alta Hill Tack gift cards and prize money goes straight to your bill, not to your mailbox in three months! This horse show series is such a team effort that Irene dedicates the opportunity of qualifying for Nationals to them.

Irene qualified by winning the Maclay multiple times, once being at the Wasatch show last June, accumulating her necessary 13 points for the Regionals held at the Colorado Horse Park. Finishing 7th of the 17 competitors, Irene and her mount Carpe Diem Star completed the multi-phase class to earn themselves a spot as one of nine competitors headed to Kentucky for Maclay Finals in November. Irene’s equine community of Utah has expressed their total support of her during these weeks leading up to finals. Trainers, parents and riders alike cannot wait to see Irene in Kentucky, and they are ready to livestream and cheer her on.

Without the help of Michael, the equine community of Utah and the Wasatch Horse Show Series Irene would not be offered the opportunities that she has enjoyed this year.

Good luck to Irene and Carpie at Finals! The whole TPH team is cheering you on and cannot wait to watch you ride. To all those in Zone 8, for more information on the Wasatch Horse Show Series head to www.wasatachhorseshows.com/.

Royal Ascot 2020: Queen Elizabeth will not be there, but her horse will

Needlepoint Belts Add Some Pop & Tradition to Your Show Attire

Tom Brennan Provides a Virtual Look Inside the Judge’s Box

20 Motivational Quotes to Use at the Barn