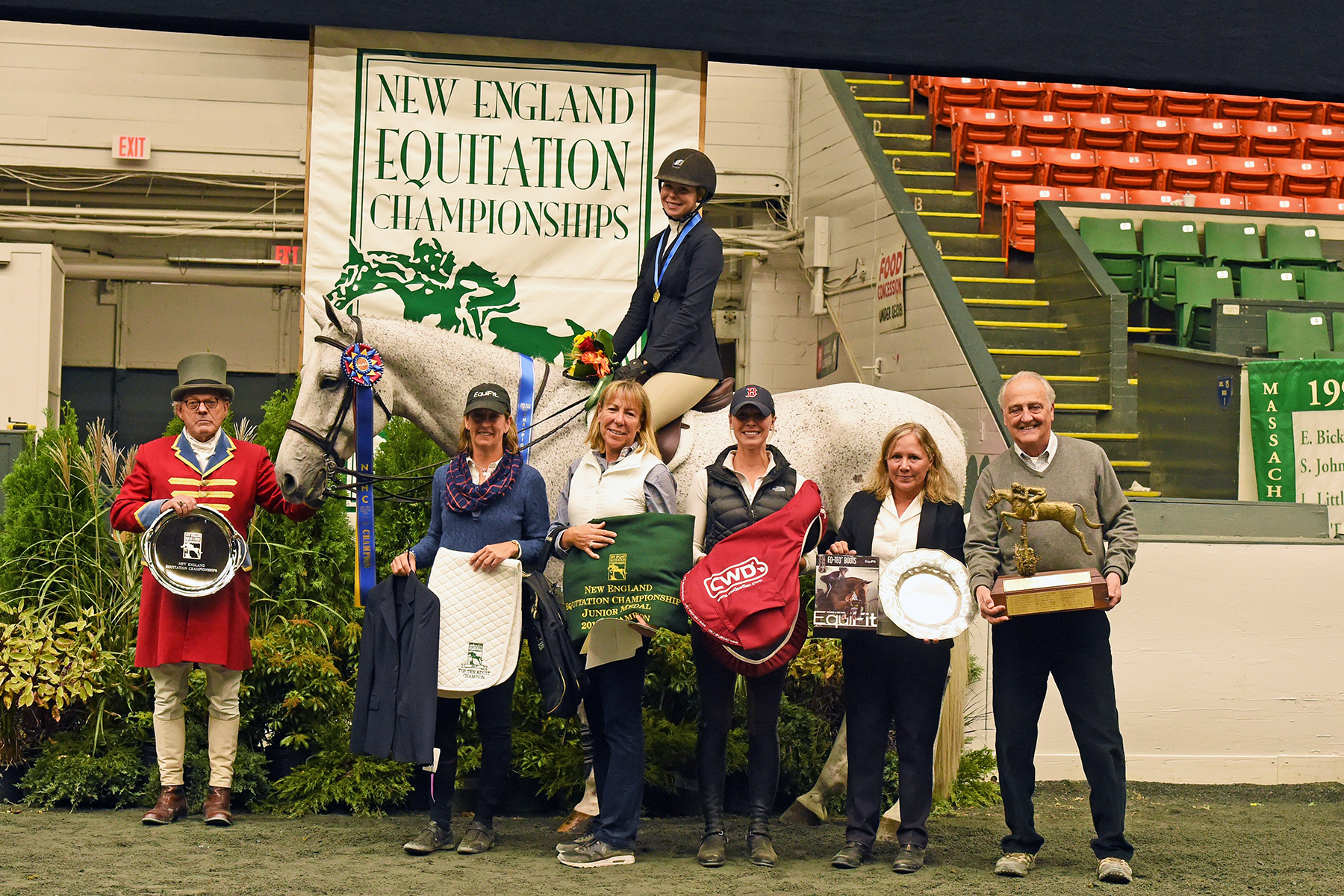 This year, the New England Equitation Championships celebrated its 42nd anniversary. The five-day event is one of the longest running and most prestigious equitation finals in the country. ShowNet livestreamed all week and USEF Network covered Sunday’s Junior Medal. Ellie Raidt, Matt Brayman and Mckayla Langmeier commentated.

The 46+ Adult Medal kicked off the week on Wednesday, October 18. Brenda Tananbaum was Champion and Jennifer Seidel was Reserve. An unprecedented tie after two rounds in the 28-45 Medal demanded a test which Elysse Ruschmeyer executed for the win; Melissa Pelton was Reserve. On Thursday, two more adult groups took to the ring. Allison Joyce was Champion and Hannah Brown was Reserve in the 22-27 group. Rhian Murphy won the 18-21 division with Rebekah Chenelle in Reserve.

Junior Open sections ran Friday and Saturday. On Friday evening, over 100 Juniors took the written phase of the Horsemanship Class. Originating at the NEEC, the Horsemanship Class combines a rider’s written test score, practicum, and first round finals score to determine the overall top Junior Horseperson.
450+ family and friends then gathered for a fun-filled dinner and a commemorative video celebrating Juniors in their last year. Nicole Lindquist and Raleigh Hiler won the Junior Sportsmanship Award. Beloved announcer and R jumper judge, John Bahret, received the esteemed Sue Brainard award for his many years of dedication to the continued success of the NEEC.

The Challenge of the States team costume class celebrated 20 years on Saturday with as much enthusiasm as ever. Juniors with top scores in the Open competed on teams of six to represent their home states with NO help from their trainers allowed! Massachusetts Team 1 won Gold. Thanks to an anonymous donor, teams competed for money to donate to a charity of their choice. Gold donated to Paws for Purple Hearts.