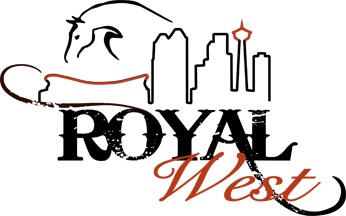 Royal West kicked off on Thursday, October 19th in downtown Calgary with the first evening’s $35,000 Camelot Cup. Ireland dominated international competition, with the winner of the speed class Daniel Coyle, who bested fellow Irishman Conor Swail in second place, and the sponsor Camelot Stables is owned by James MacDonald, also an Irishman who now rides for Canada.

In a field of 34 starters, the time to beat was set first by Lauren Crooks (USA), then Erynn Ballard (CAN), Swail (IRE), and finally with a blazing time by Coyle (IRE) that could not be beat. The Table C Speed class converted faults to seconds and German course designer Werner Deeg’s track of 11 fences and 13 efforts produced 15 clear rounds.

Coyle said of the 12-year old-mare Fortis Fortuna (Quidam de Revl x Carthago), “She’s actually very good indoors. I knew she’d be in good form. I had a big advantage of having Conor in the ring in front of me. I needed to be really tight to have any shot in this class.”

Fortis Fortuna and the 22 year old Coyle have often seen the winner’s circle, including taking the win in the 2016 $100,000 Prix de Penn National in Harrisburg, Pennsylvania.

Swail said, “The course set up very nicely for the first day. A lot of numbers were involved and I walked the numbers quite well. I would have loved to win, but I got a nice start here with my mare. Hopefully I will get one on [Coyle] this week.”

Flower, Swail’s mare, is a 12-year-old (Bon Ami x Randel Z) owned by Vanessa Mannix and Swail, is a very quick mare whose victories include winning an impressive four classes at Thunderbird in 2017, including the $135,600 Longines World Cup Qualifier in August.

Ballard, also on a mare – Thalys Z (Thunder vd Zuuthoeve x Denard) rounded out the top three, clearing the timers in 54.93 seconds. The 9-year-old has won Grand Prix classes this year in Ontario, including the $30,000 Caledon Equestrian Park Grand Prix in May.

James MacDonald sponsored with his Camelot Stables and also rode his Samba de Landetta in the class. He said, “It was a formidable class – skilled riders, accomplished horses – the best came to our area as a whole and it is so great for our sport here.”

Rocky Mountain Show Jumping’s John Anderson was thrilled with the first full day and night classes of competition. “It was a fun competition tonight, but what’s more fun for me is that everyone is having fun. There is a lot of great sport, great riders, and I’m looking forward to a celebrated ten days of competition,” he said.