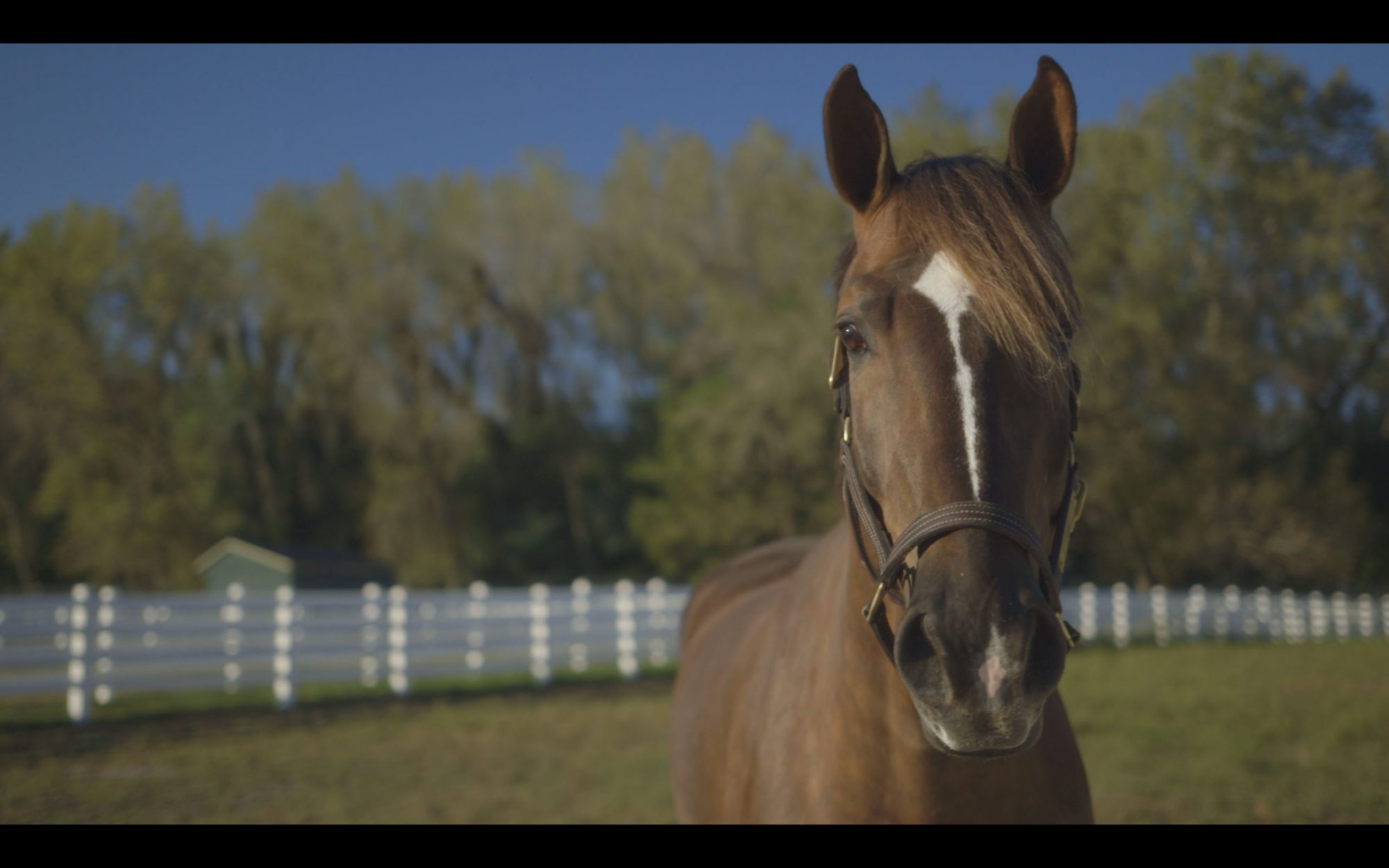 Above: A horse at the Bergen Equestrian Center in Leonia, NJ where the Man O’ War Project takes place. Photo by Greg Menken.

Washington, DC (October 27, 2017) – The Man O’ War Project (www.MOWProject.org) will present the Dwight D. Eisenhower Memorial Perpetual Trophy for the $50,000 International Speed Class at the Washington International Horse Show during “Military Night” on October 27, 2017. In partnership with Columbia University Medical Center, the Man O’ War Project is conducting the first university-led research trial among veterans diagnosed with Post-Traumatic Stress Disorder (PTSD) to determine the effectiveness of equine-assisted therapy (EAT) for treating PTSD (EAT-PTSD) and to establish the first-ever manualized guidelines for the application of EAT-PTSD.

The Man O’ War Project is a response to the mental health crisis facing hundreds of thousands of our nation’s veterans. As many as 30 percent of returning veterans suffer from PTSD, a highly disabling condition that can contribute to debilitating anxiety, depression, substance abuse and even suicide. Yet half of all veterans with PTSD do not seek treatment and only 20 percent who do seek help complete their treatments.

The results are tragic, with an average of 20 veteran suicides per day and thousands more struggling to maintain healthy and productive lives. Existing treatments often fail because they are too rigid, demanding, or overly painful, leading to high dropout rates. The Department of Psychiatry at Columbia University Medical Center and the Man O’ War Project believe equine therapy can provide a more suitable treatment option because of the unique, experiential way in which people with PTSD and horses interact.

Equine therapy is used as an alternative to traditional mental illness treatments, but results are purely anecdotal and no standardized methods of treatment exist. The Man O’ War Project is the first to create a standardized treatment manual and to conduct university-led research trials to determine the effectiveness of EAT-PTSD.

Working with the Man O’ War Project, researchers from Columbia University Medical Center have completed a standardized treatment manual for EAT-PTSD. To date, the research has tested the treatment on six groups of veterans, and the early results are most encouraging. Veteran participants go through an eight-week therapy program under the guidance of mental health therapists and equine specialists at the Bergen Equestrian Center in northern Jew Jersey. Veterans engage in a series of non-riding interactions with the horses that allow the veterans to better understand and regulate their own emotions, helping them re-learn the life skills they need to lead healthy lives. The program also has great potential to provide new careers for horses that are retired from various equine competition and activities.

“I know a lot of fellow veterans who came back with PTSD and struggle to readjust to life at home,” said Sergeant Matt Ryba, USMC (ret.). “The Man O’ War Project can help – working with horses is a valuable asset to help these veterans.”

The Man O’ War Project hopes to prove-out the effectiveness of its EAT-PTSD manual in the coming months, and to share the manual with equine therapy centers around the nation. The manual will provide the first university researched treatment guidelines that can be universally and effectively applied, so that all veterans in need of an alternative treatment for PTSD can get the help they need.

“The Washington International Horse show is an important venue for the Man O’ War Project and we thank the Show for the opportunity to help honor our nation’s service members and veterans,” said Mack.

Sophie Simpson Shines in Young Rider Individual Final Aboard Why Not;...