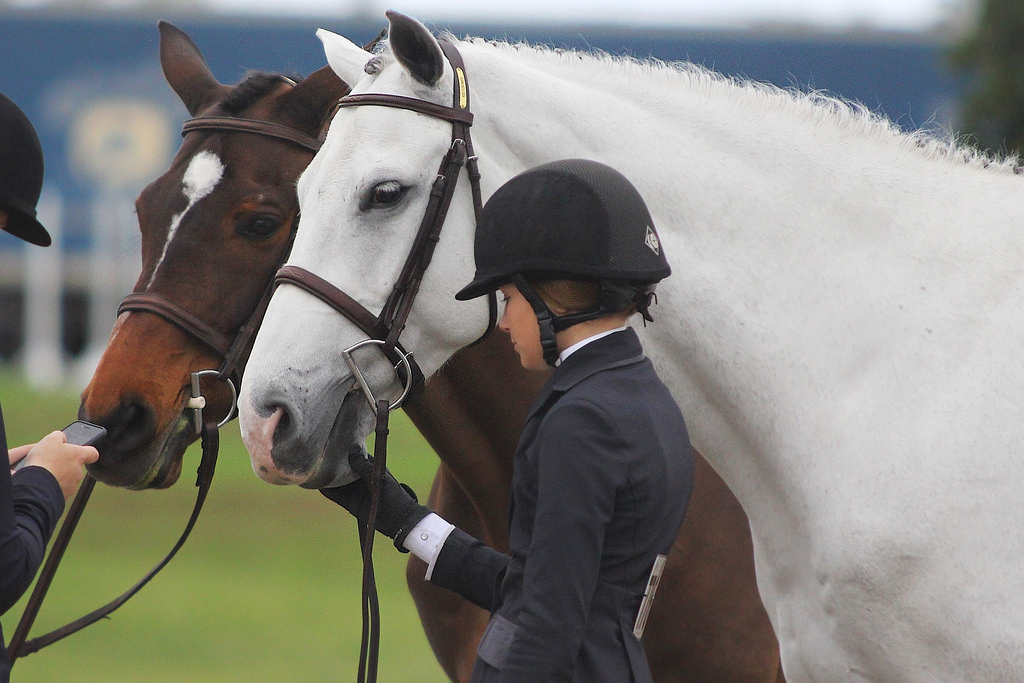 My journey to the USHJA meeting started just before midnight on Sunday with a red eye to San Antonio from LAX. I arrived in the wee hours of the morning on Monday for the second day of the USHJA annual meeting.

Once on the ground, I met up with 2016 HQC winner, Alix Morrison, and together we tackled day two. The day started bright and early at 6:45am with registration and breakfast. Over delicious breakfast burritos and fruit we heard a recap of day one. Sunday consisted of zone meetings, round tables, and a presentation from Daniel Stewart.

People felt so strongly about proposed changes, that we were running behind when it came time for Lisa Roskins to give her keynote speech. A quick adjustment to the schedule ensured we would be able to finish going through all the rule change proposals once Lisa was done with her fabulous keynote speech.

The main theme of her presentation was building an equestrian community. As the chairwoman of Omaha Equestrian Foundation, Lisa has a wealth of information when it comes to setting and achieving goals. She covered how Omaha became a destination stop for a world class show like the World Cup final. It all comes down having a vision, getting organized, surrounding yourself with knowledgeable people that can help you put together each small piece, to work toward the final goal. This is how Omaha went from a normal town in Nebraska to a world class horse show venue.

Lisa reached out to the entire Omaha community and made sure they saw her vision for what it was, causing everyone to join together and bring that idea into reality. After her uplifting speech, the rule change forum completed and everyone met for lunch before breaking off into working groups. Sponsored by the Texas Hunter Jumper Association, Alix and I enjoyed good food and great company while discussing the day thus far. With full stomachs we started back with the Jumper Working Group.

The board reviewed the proposals with the insight gleaned from the previous forum, while more comments were offered up as people had thought of things to add since the morning. The board discussed with the audience, and then voted on the proposals as they are written today. Some of those proposals were shelved for the next day as their rewrites were in the works.

After a quick chip and salsa break sponsored by The EMO Agency, and it was on to the Hunter Working Group.  The hunter group had a different take on several of the previously discussed proposals. Many of the topics from early in the day were brought back up, while other topics that had gone uncommented on in the morning became very heated. We made it through nearly all the proposals, although some were pushed to the next day in regards to time.

The USHJA Foundation held their board meeting to round out the day of governance. Covering everything from current finances to grants offered to programs that will continue to be supported in the coming year, the board was able to gain some ideas for moving forward with the newly reconstructed Foundation. To cap off the night, it was off to the welcome reception at the Cafe Ole alongside the scenic San Antonio river walk. Delicious Mexican food combined with margaritas made for a fun and lively evening of socializing.