Home Blogs 2017 Hunter Breeding Task Force Had Much to Discuss 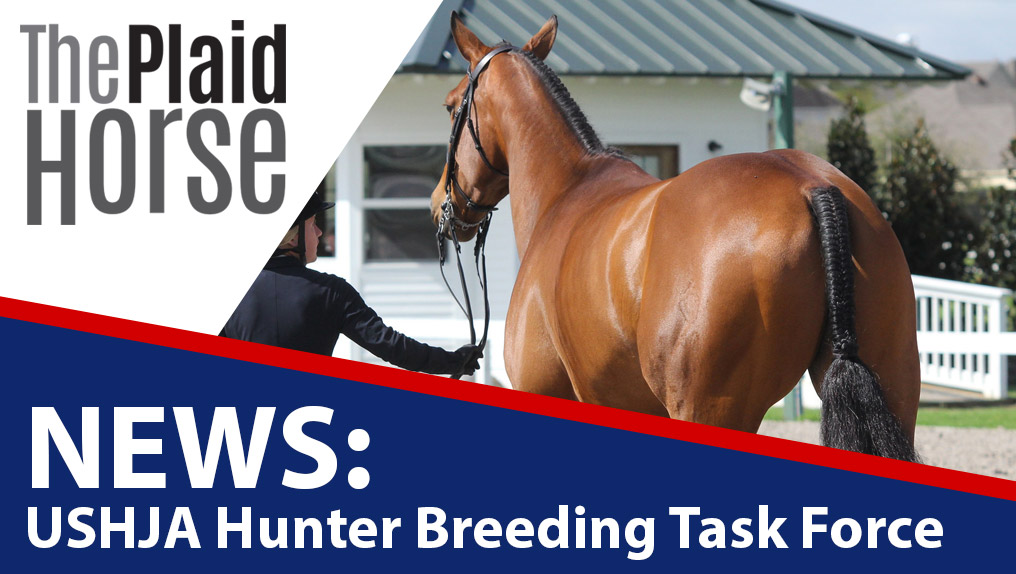 The proposed rule would make each horse have just one handler per class at all USEF horse shows. At some shows like Devon or the Sallie B. Wheeler Show, this rule is already in place. Currently at some horse shows, multiple handlers are allowed to stand up and jog horses in Hunter Breeding, allowing other people to then take those horses to the side to allow the main handler to jog and stand another horse.

Board members and USHJA members in the room brought up various points for putting the rule into place stating that it would draw more people into hunter breeding because professionals would have to allow amateurs, juniors and other young professionals to handle horses. It would make hunter breeding look more appealing, because more people would get a chance to handle the horses. It would make the class a more inviting environment.

Conversely, Emily Anne Belin, a notable figure in the Hunter Breeding arena, and a few USHJA members in the room also stated most of the same reasons for using multiple handlers judging. They believe that it would also bring more people into the sport because there are so few numbers within the division that restricting it further would not be in the best interest of increasing the amount of young people entering the world of Hunter Breeding. They argued that it can be intimidating for a young person to come into the ring and compete against big names in the Hunter Breeding industry, but it is easier when handlers are given the chance to have several horses to handle.

They discussed problems associated with low numbers in the division: social media, importing horses from Europe and the lack of desire for people to break their own horses. It was frequently mentioned that the division was not doing well, and though they knew they needed to address the bigger problems – they were unsure of those problems.

After an hour of debate from the task force and members in the meeting, Mary Babick came in and said that Betty Oare needed a vote to take to the Working Hunter Task Force that was currently meeting. She gave them 30 minutes to come to a conclusion. The tension increased, but it pushed them to a conclusion. Premier and National rated shows can only have one handler, but anything below that is allowed to have multiple handlers.