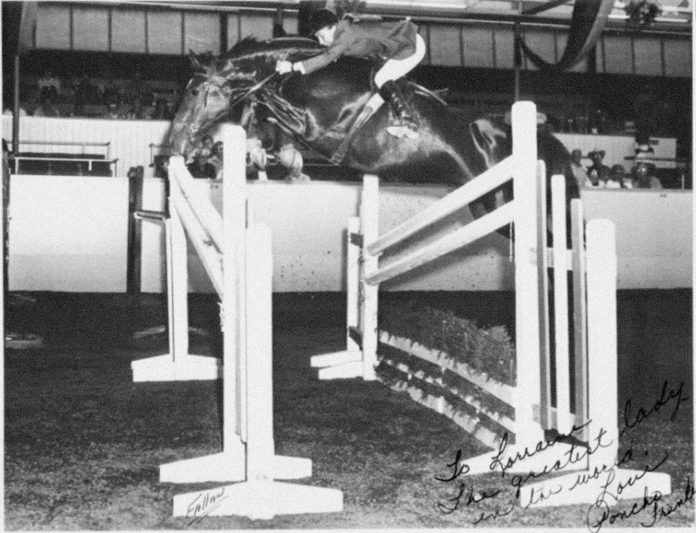 Though he enjoyed wide range of interests and talents, William C. Steinkraus who died on November 29, 2017 at ninety two is perhaps best remembered as the show-jumper who became the first American ever to win an Olympic individual equestrian gold medal (in Mexico City in 1968). Born in Cleveland, OH in 1925 he grew up in Westport, CT and as an adult, lived for more than half a century in nearby Darien. He was a graduate of Yale College (’48) and a veteran of World War II, having served in the Mars Task Force in Burma as a member of the 124th Cavalry Regiment. He spent several years after the war in the concert management field (New Friends of Music, Community Concerts) before working for a longer time in Wall Street as a security analyst (Value Line, Stone & Webster). His final working years were spent in the publishing industry (D.Van Nostrand, Winchester Press, where he was Editor in Chief, Simon & Schuster and various free-lance assignments).

As an equestrian, Steinkraus first attracted attention as the winner of both ASPCA equitation championships at the National Horse Show in Madison Square Garden, on the flat and over fences. A sought-after open jumper rider after World War II, he successfully competed with the jumper strings of Arthur Nardin, Raymond H. Lutz and Fairview Farms before winning a place on the first civilian Olympic Equestrian Team in l951. After helping the team win a bronze medal at Helsinki in 1952 he succeeded Arthur McCashin as its riding captain, a position he retained until his retirement at the end of the l972 season. During his team membership Steinkraus won two additional Olympic team silver medals and over 100 individual international competitions as well as participating in 39 winning nations cup teams. Thereafter he stayed connected with the USET as its president, chairman of the board of directors, and at his death, chairman emeritus. He also served for eight years as a member of the Bureau of the FEI, and was an Olympic TV commentator at Montreal, Los Angeles and Seoul and several World Championships as well as serving as an Olympic judge at Barcelona. He was one of the first inductees of the Show Jumping Hall of Fame, and was a member of the New York Sports, Madison Square Garden, National Horse Show, Washington Horse Show and Fairfield County Sports Halls of Fame.

Steinkraus’s other sporting interests involved hunting, fishing, skiing and golf, and he was an accomplished violinist and viola player and a considerable bibliophile. His clubs included the Camp Fire Club, The Boone & Crockett Club, the Marshepaug Forest Assn.,The Leash and the Verbank Hunting & Fishing Club, and he was a director of the New York Chamber players.

He is survived by his three sons, Eric, Philip and his wife Stefanie, and Edward and his wife Beth and four grandchildren, Grace, Abigail , Griffin and Clark.

Services were private. Donations in his memory can be made to United States Equestrian Team , Gladstone, New Jersey.

Modern Equestrian Decor Ideas to Flow Seamlessly With Your Home