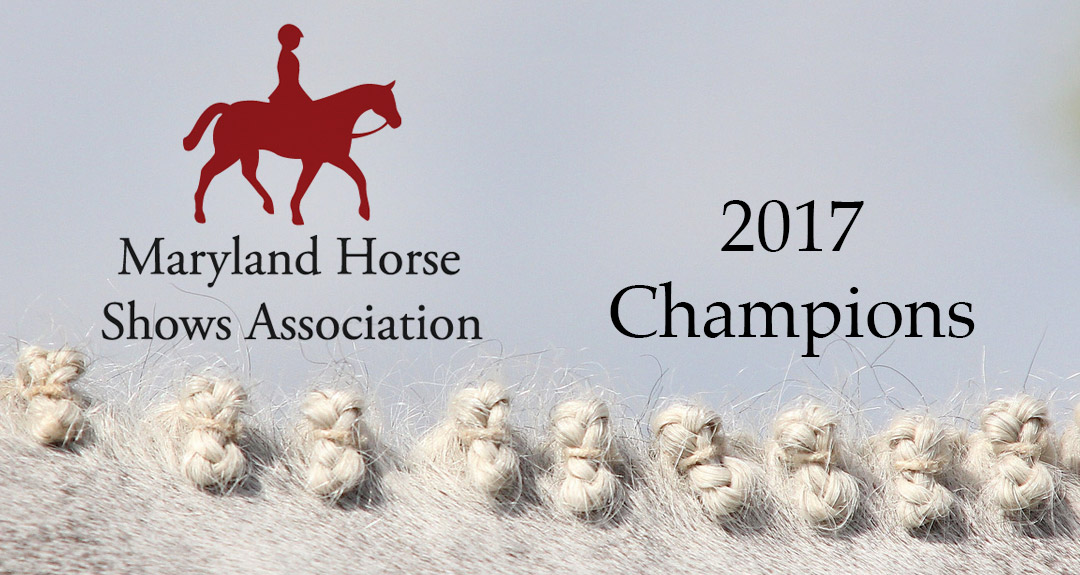 It’s been a fantastic year of showing for patrons of the Maryland Horse Shows Association! Join us in congratulating the 2017 division champions. Great job riders for your hard work and success!

MHSA Regional Low Hunter
Champion – Will Be Tempted, Owned by Mary Beth Lanza and Ridden by Renee Kidd
Res. Champ – Diamond In the Rough, Owned and Ridden by Janice Ferneyhough

Medium Pony Hunter
Champion – That Girl, Owned and Ridden by Lola Schumpert
Res. Champ – Rollingwoods Give It Up, Owned by Brittany Purnell and Ridden by Katelyn Martin

MHSA Pony of the Year: Our Song – Annabella Bozzutto

Best Thoroughbred
Champion – What’s Not to Love, Owned and Handled by Katherine Jeffress

Amateur Handler
Champion – What’s Not To Love, Owned and Handled by Katherine Jeffress

Saddle Up: The Evolution Of Horse Racing

Two-Thirds of Swedish Show Jumping Team Will Be Shoeless at Tokyo...

Rethinking How We Define Professionals