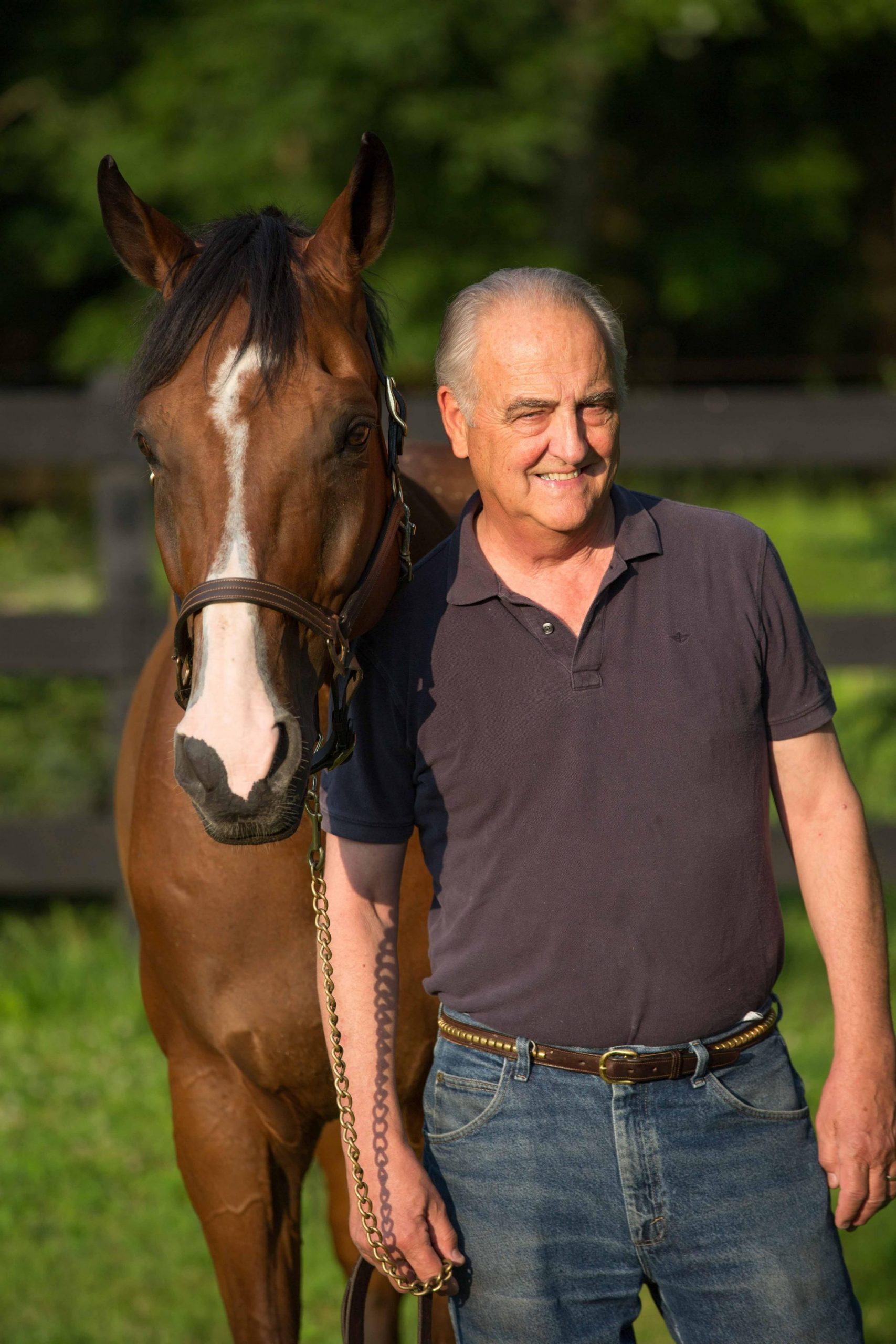 Bondville, Vermont, January 3, 2018– The US Equestrian Federation (USEF) has announced that Joseph Dotoli is the recipient of the 2017 USEF Lifetime Achievement Award. USEF will present Dotoli with this prestigious award at the Pegasus Awards Dinner on Thursday, January 18, 2018 in Lexington, Kentucky.

Dotoli, of Chepachet, R.I., has been part of the horse industry for nearly 50 years as a professional rider, trainer, judge, and horse show manager. He got involved with horses when he was in high school. That passion continued through his years at Stonehill College, and he started his professional career in 1968 as the owner and operator of Young Entry Stable along with his wife, Fran Dotoli in Medfield and Hamilton, Mass. From 1992 – 2004, the Dotolis were the General Managers of the prestigious Ox Ridge Hunt Club in Dairen, CT. Joe’s record in competitions as a rider and trainer is remarkable, studded with championship wins at nearly every major hunter/jumper show in the nation including the Devon Horse Show, the Hampton Classic, the National Horse Show, the Pennsylvania National Horse Show, and the Washington International Horse Show. An even greater legacy is Dotoli’s work with younger equestrians who also have gone on to achieve much success. Among them, Olympic gold medalist Peter Wylde and Dotoli’s eldest daughter Annie, a professional horsewoman in her own right, who together with her husband Aster Pieters are the trainers of their hunter and jumper show stable, Tibri.

Dotoli’s steadfast commitment has resulted in a lasting impact on equestrian sport. He was the prime advocate in the formation and success of the New England Equitation Championships (NEEC) beginning in 1976. What started as a class of 16 competitors has transformed into a five-day stand-alone event featuring over 400 junior and adult riders. In an attempt to create more interest in horsemanship, Dotoli was instrumental in creating the three-part horsemanship challenge, which has been duplicated around the country.

After a number of tragedies resulting in the hunter and jumper disciplines from those choosing not to wear a safety helmet, Dotoli dedicated nearly three years of his life to the passage of the “Safety Helmet Rule.” This made it mandatory for hunter/jumper competitors to wear American Society for Testing and Materials (ASTM) helmets. Due in large part to his work on this initiative, USEF awarded him with the 2001 USEF Distinguished Service Award for contributions to equestrian sport.

In the past several years, Dotoli has become a notable author penning the following books: “Wylde Ride – A Horseman’s Story,” a biography of Peter Wylde, and “A Piece of Chalk,” a retrospective of the busing crisis in Boston in the 1970’s. Currently, Dotoli serves on the board of directors of the United States Hunter Jumper Association (USHJA). He is also a member of the NEEC Committee, USEF Safety Committee, USHJA Horse and Rider Welfare Committee, USEF Accident Review Committee and the Leo Conroy Grant Committee of the National Horse Show.

Joe is married to his wife Fran of 50 years and they have two daughters; Julia and Annie. The Dotolis reside at their family run business, Tibri Horses located in Chepachet, RI.