Home Blogs New Jersey Equestrian Gives Back to the Homeless 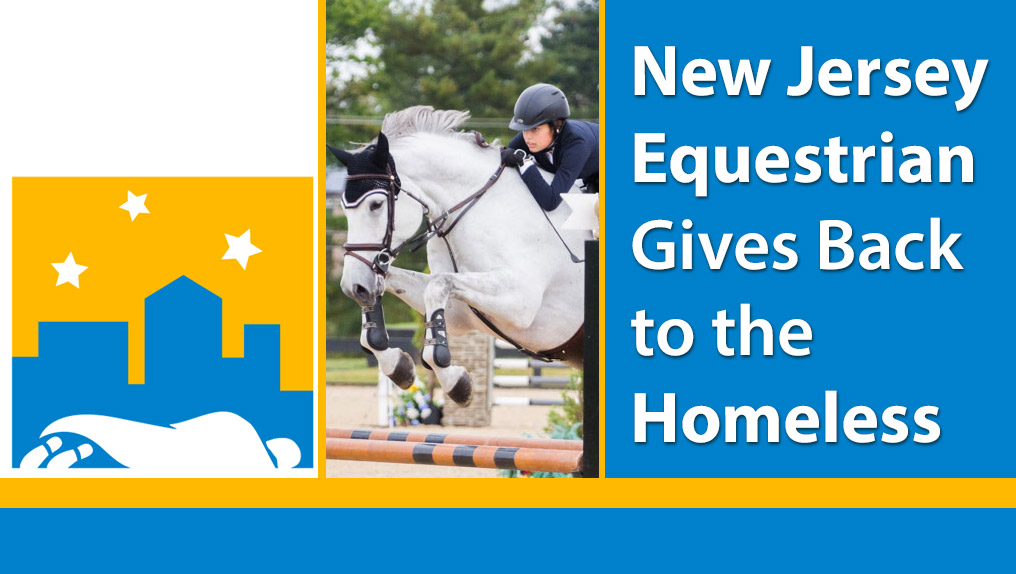 When New Jersey equestrian Christina DeMattheis learned about the Covenant House, a charity dedicated to helping homeless and trafficked youth, she immediately wanted to find a way to get involved.

After hearing about the charity from her grandfather, Christina decided to set up a Sleep Out for Homeless Teens with the help of her mom, Rosanne DeMattheis. The Sleep Out is a national movement where individuals commit to sleeping outside for one night while raising money that goes directly to getting youth and teens off of the streets. According to Christina, “the sleep out is about a group of teens and adults coming together, sleeping out, and raising money to support homeless teens. If we all come together to support this cause then we will play a major role in someone else’s life, and we can make a difference.”

Combining her passions for horses and helping others, Christina named her team North Jersey Equestrians and invited her barn mates from Red Oak Farm in Stirling, New Jersey along with other northern New Jersey equestrians to sleep out with her on April 7, 2018. The Sleep Out event will be hosted at Red Oak Farm, and will include a program presented by a leader from the Covenant House and potentially a talk given by a teen who has experienced homelessness. Participants will be split into smaller groups for discussions, go to sleep at 11pm, and wake up at 7am the next morning.

Christina’s original goal was for each individual participant to raise at least $220, and for the collective group to raise $5,000. Through the generosity of others, Christina has already surpassed her goal, and now hopes to raise up to $10,000. Equestrians in other states or those who cannot participate in the Sleep Out can get involved by donating to the North Jersey Equestrians Sleep Out fundraiser, or by starting their own Sleep Out event.

Christiana encourages other equestrians to become involved with the Covenant House, or another charity of their choice. “I encourage other people to get involved and start something to benefit other people as well. It is a good feeling to know that you can positively affect someone else.”

Surviving the First Show Back After a Decade Long Break