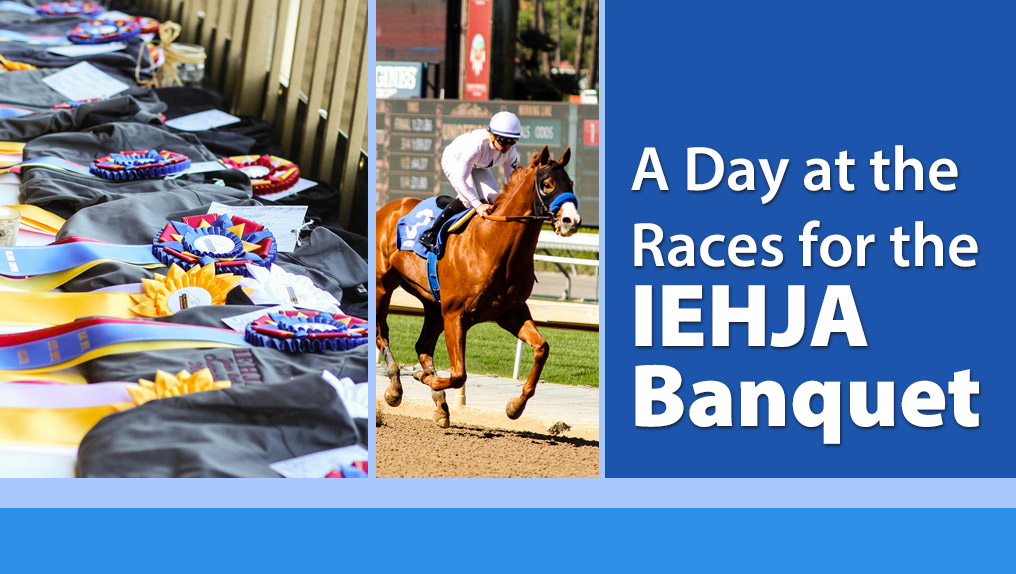 In Southern California, most equestrians have their sights set on HITS Coachella. That large, fancy circuit thrives under the palm trees in Thermal, but you can find an entirely different group of riders about an hour and a half northeast of Coachella, the Inland Empire. East of LA, the Inland Empire refers to cities in western Riverside county and southwestern San Bernardino County, and mixed throughout these areas are the farms and competitors that make up the Inland Empire Hunter/Jumper Association.

As a graduate student, my budget doesn’t come close to affording the luxury that is rated hunter/jumper shows, but even before then, I’ve always been a dedicated local shower. In local shows I have found friends, a playground to work out show nerves or train green horses, and an affordable way for me to participate in the sport that I love. So when I moved to Riverside, one of the first things I did was look up our local circuit.

Founded in 2006, the IEHJA shares a mission with many local circuits — to promote proper horsemanship and provide opportunities to equestrians in our area. Since I plan to show in the IEHJA this year, I decided to support my barn and the organization by attending the year end banquet. I didn’t look at the banquet details until after sending in my RSVP, but then realized what a unique format our banquet had!

Instead of doing an evening dinner at a hotel or convention center, my experience with different circuits previously, the IEHJA spends a day at the races! Heading west to the Santa Anita Racetrack in Los Angeles County, the banquet is held over brunch. Attendees dressed from casual to Sunday attire, and younger members felt at ease as they excitedly scurried up to the rail of the track to watch the pony horses jog by.

I walked to our private area of the track to find tables adorned with exquisite year-end prizes: embroidered jackets, vests, saddle pads and bridles with ribbons clipped to them that were as long as some of our competitors are tall. It was immediate clear to me that this local circuit didn’t skimp when it came to rewarding their patrons for hard work and success in the show ring.

Founding IEHJA member, Romesh Sinclair, served as the emcee for the day. He introduced IEHJA president, Gretchen Clark, as she kicked off the event. The two announced winners and presented awards as tractors dragged the track behind him.

After the awards were presented, people stayed as long as they pleased to watch the races and bet on their favorites. Though I didn’t win anything on my $2 bets, I chit-chatted with equestrians from my area and began to get excited about showing the next year.

The IEHJA banquet reaffirmed something that I’ve known all along — local show circuits are doing great things for our sport. They’re innovating, whether it is introducing a new division to their series or hosting a banquet in a unique way. For riders like me, local shows are magic. They make this amazing sport accessible to a wider range of people, and reward the hard work of equestrians on various points on the spectrum.

A banquet like this not only celebrate the success of its riders throughout the show year, but also the success of its board members. The IEHJA banquet hit the trifecta this year with entertainment, quality and presence. The organization is a solid bet for any southern California equestrian.

The Grayson-Jockey Club Research Foundation: Dedicated to the Development of Equine...