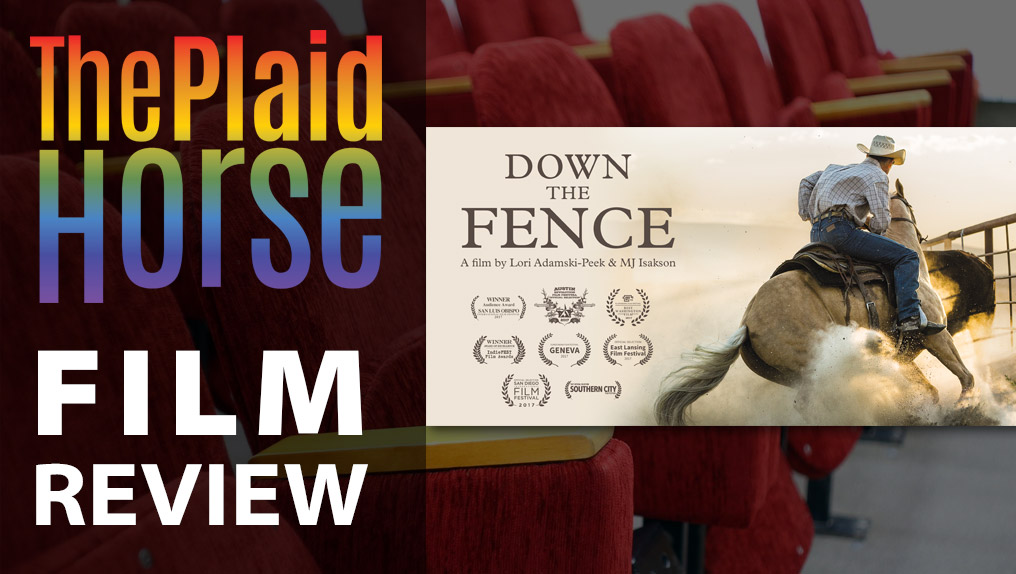 Every fall, hundreds of Western riders and their three year old horses make the trip to the National Reined Cow Horse Association’s annual Snaffle Bit Futurity competition in Reno, Nevada with their eyes set on a piece of over one million dollars in prize money.  The competition is unlike any other- requiring these young horses and their trainers to participate in three different events rolled into one single competition. Down the Fence offers viewers an inside look into the world of herd work, rein work, and cow work at the highest level of Western riding, following top cow horse trainers Brandon Buttars, Todd Bergen, Erin Taormino, Jake Telford, and Doug Williamson on their journey to the Futurity.

The documentary is aptly named for the final (and often most difficult) aspect of Western competition, cow work. At the Snaffle Bit Futurity competition, riders and their mounts, all just three years of age, enter the ring with one young cow, who they must corral in each direction “down the fence” of the arena, and then circle once in each direction towards the center of the arena, demonstrating the rider’s control and the athleticism and willingness of their mounts. The documentary is praised from equestrians worldwide for its honesty and ability to show the ups and downs of trying to “make it” in the equine industry; the early mornings, blood, sweat, and tears, even the occasional heartbreak and disappointment, all while highlighting the true reason we do this- for the love of the horse.

Down the Fence doesn’t feature a true protagonist. Instead, the viewer is introduced to each trainer as an individual, learning their training systems and beliefs all while following their journey to the Futurity competition. You’ll find yourself rooting for each trainer, regardless of the fact that they’re competing against one another, and beaming from ear to ear when they help give pointers and cheer for one another in the ingate.

Down the Fence is an overall feel good film for equine enthusiasts, regardless of your riding discipline, and will have you wanting to hug your horse as soon as possible. The movie is available for viewing on Netflix and on DVD (available for purchase here), and is a must see for all horse lovers.

Behind the Brand: How One Outfit Sparked the For Horses Riding...