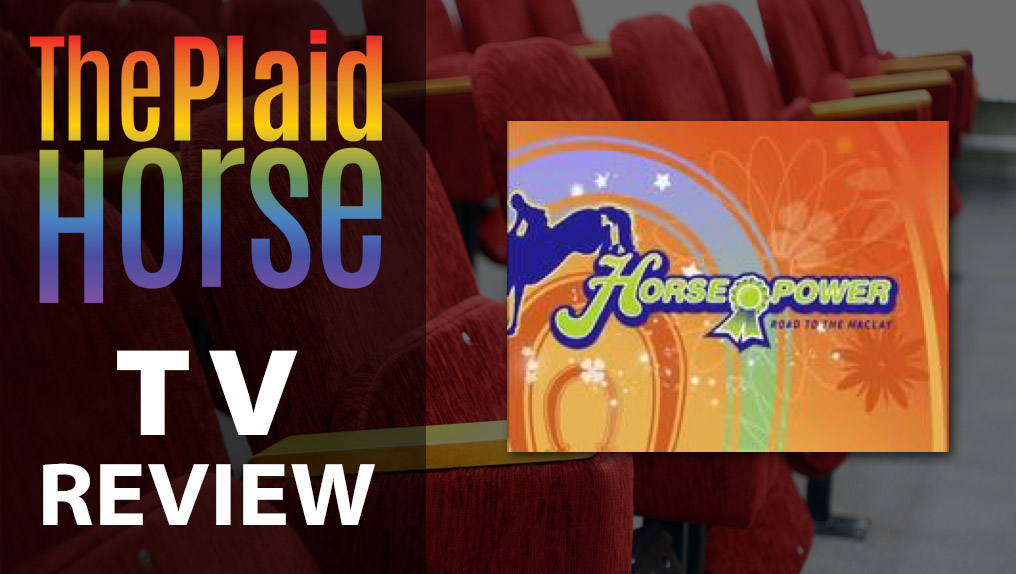 Several months ago, the USEF Network announced they would be releasing Horse Power: The road the Maclay on their website. I was ecstatic and immediately went to watching this 6 episode series that follows several junior riders through the prestigious equitation finals, ending with the Maclay.

The show was filmed during the 2005 show season and released on Animal Planet in 2006. The film crew follows two of the top equitation barns, Beacon Hill and Heritage Farms, and an underdog self-proclaimed farm girl, Lindsay. The show also features one of the equitation greats, Brianne Goutal, in her last junior year. With two wins already under Goutal’s belt, the series documents her journey of (spoiler alert) becoming the first and only rider to win all four equitation finals.

Horse Power: The Road to Maclay gives the viewer an interesting perspective on everything that goes on behind the scenes at top equitation barns and high pressure horse shows. From the friendships and drama between riders to season threatening injuries of horses, the series shows many aspects of riding at a top show barn.

Like any reality TV show, the series dramatizes certain aspects of each person’s life or even a show round. When a rider knocks a rail down in a warm up round, they show portrays it like it could be the worst thing to ever happen. Throughout the series, the viewer follows each rider and his or her family through the bumpy and winding road that leads to the Maclay finals, held back then in Syracuse, New York.

The show is a great watch for any rider or person interested in this crazy and sometimes confusing sport. Equitation riders now will find The Road to Maclay very interesting, as there has been quite a change in the popular show fashion and even style of riding. The series can also teach people unfamiliar with the equestrian sport about basic aspects of riding.

Through listening to featured trainers, Frank Madden and Andre Dignelli, current riders can also get insights to help their riding. Whether someone is a rider that can relate with the events going on in the show or a person with a newfound interest of horses, Horsepower: The Road to Maclay is an entertaining way to get an insight to the A circuit world.

Anyone with a USEF membership can watch Horsepower: The Road to Maclay on the USEF Network here.

The Most Popular Horse Racing Tracks