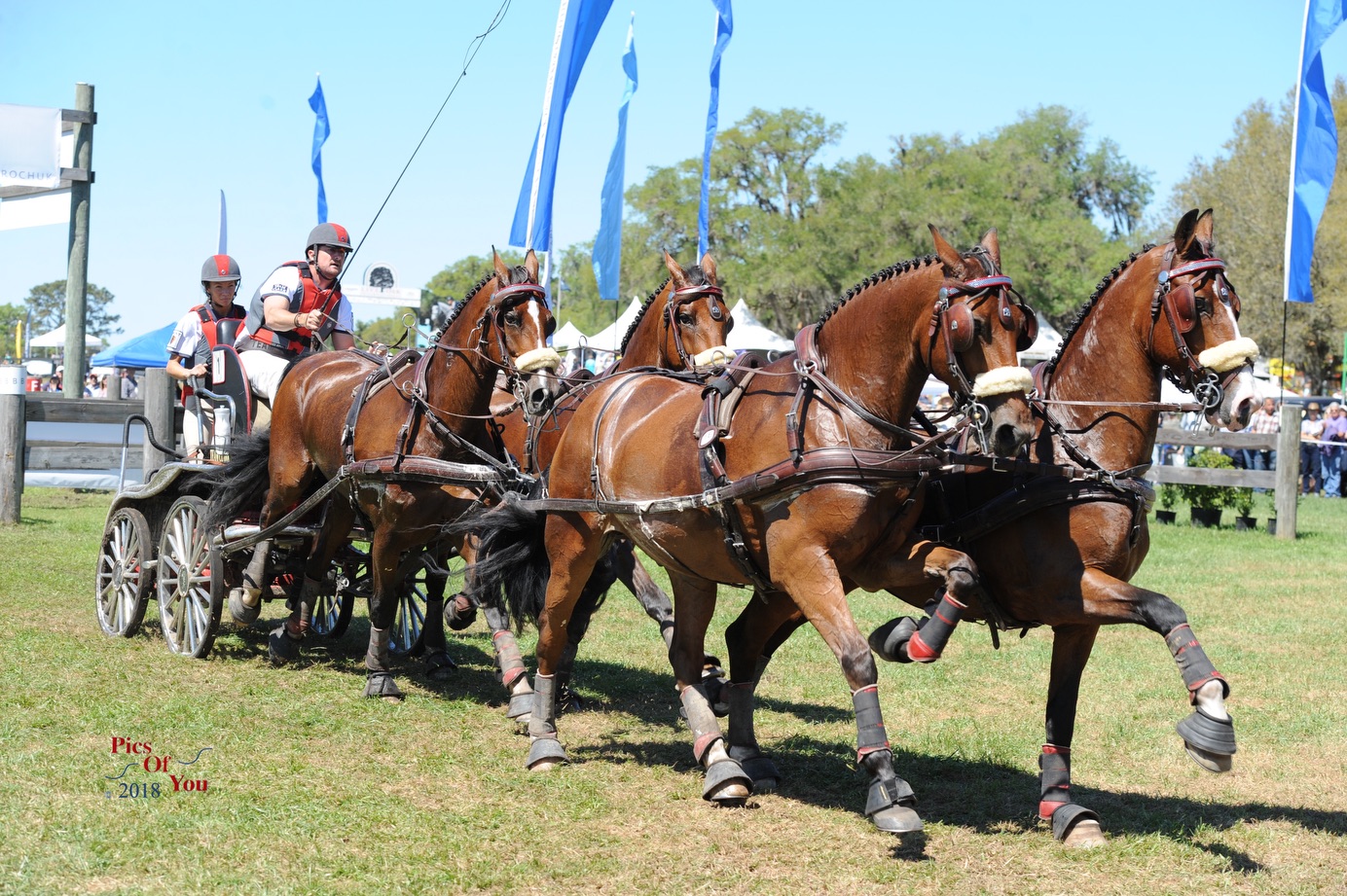 Above: Chester Weber racing towards a 15th national championship. (Photo courtesy of PicsofYou)

“I think this is a team that can consistently go clear and, hopefully, will be good enough to get us on the medal podium in Tryon in September. I hope they’ll be my FEI World Equestrian Games team,” he said. As for winning his 15th United States Equestrian Federation National title? “It never gets old,” he said. “The horses did a great job.”

In addition to defending his reputation as ‘Mr. Dressage,’ Weber piloted his team to a brash (123.58) attack over the Marathon course and finished with a quick and handy final Cones phase, proving that the inaugural change from grass to GGT all-weather footing in the Live Oak Grand Prix arena suited Weber’s own team as well as those of his competitors.

Fifteen National Championship titles, however, is not to imply redundancy. This year Team Weber opted for a change in strategy by and bringing World Pairs trainer Mieke Van Tergouw of Holland on board.  “That was the only real difference,” Weber said. “Michael (Freund) and I have had a successful run of 14 championships but he was looking for a change of pace and I had been impressed with how Mieke has handled the current World Pair Champions this season, so we made the switch and have been really pleased with the steps she’s taken with our horses and program. I think there are great things to come for Team Weber and Team Clark.” To see more follow this link https://www.youtube.com/watch?v=whohThX2x2s

Weber, already seen as one of the finest whips in history, is also a true horseman at heart, and dedicated to the welfare of the animals in his care, as well as the preservation of the time-honored sport of combined driving. Follow the Team Weber campaign to the 2018 World Equestrian Games, and more news, results, photos and combined driving updates on Chester Weber’s official Facebook page, Instagram account @ChesterWeber, and website, www.chesterweber.com.