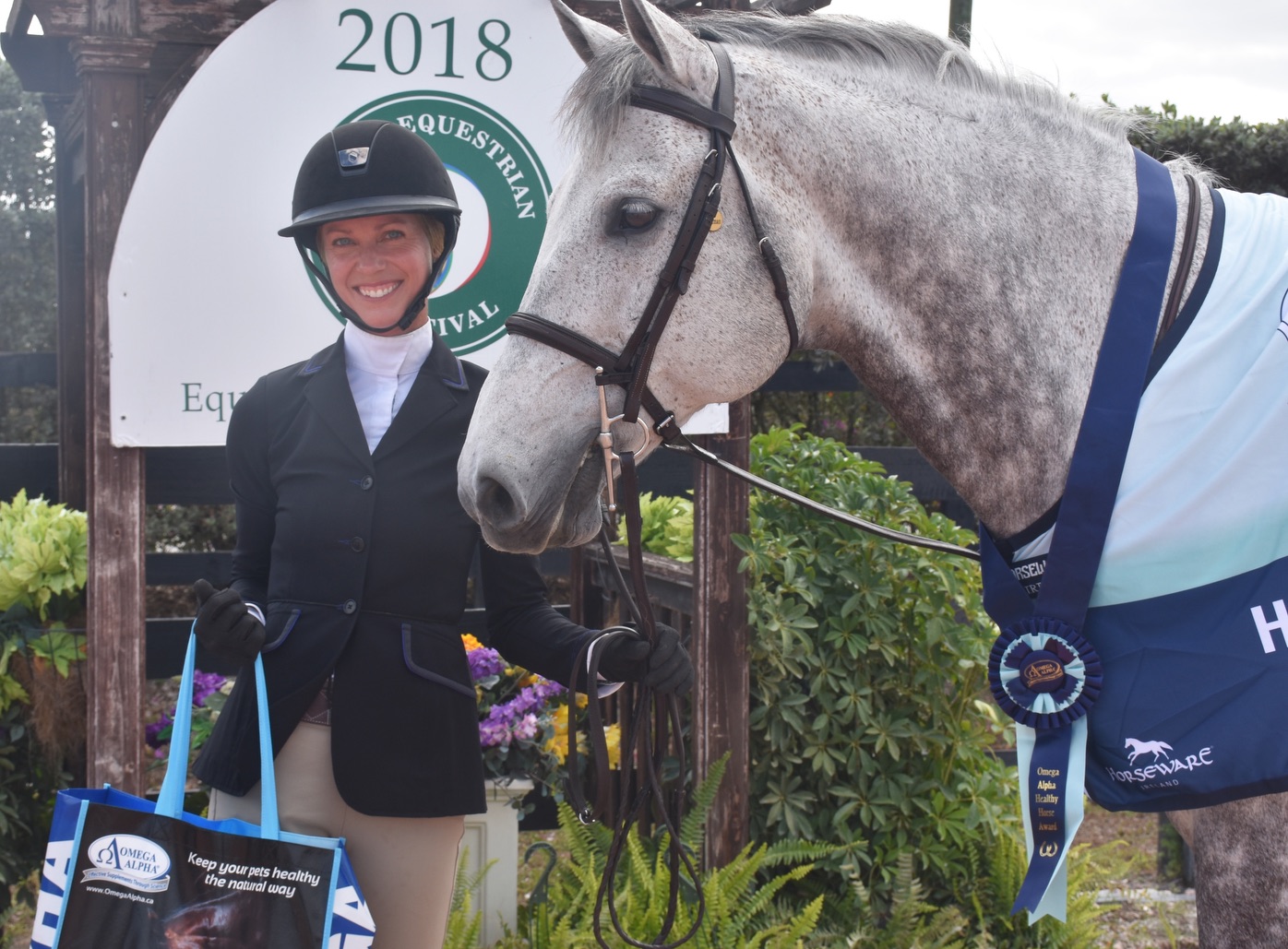 Above: Michelle Whitman and C’ Van De Helle winners of the Omega Alpha Healthy Horse Award during the final week of the Winter Equestrian Festival. (Photo courtesy of JRPR)

Wellington, Florida (April 3, 2018) — With the Winter Equestrian Festival in Wellington, Florida, coming to a close, Omega Alpha Pharmaceuticals was on the lookout this past week for the final recipient of their Healthy Horse Award. Omega Alpha has presented this award several times throughout the course of the season at the Winter Equestrian Festival to horses whose performances reflect superior health and fitness while competing at the highest level of their sport. During week twelve, the award was presented to Michelle Whitman and her beautiful grey gelding C’Van De Helle.

“He’s really great, he’s always willing to do what I ask him,” says Whitman of the gelding. As a leading producer of natural equine supplements, Omega Alpha Pharmaceuticals appreciates the care that is required to show a horse at this level, and was impressed with C’Van De Helle’s versatility as well as his overall fitness and obvious health. The company was proud to present this talented pair with the Omega Alpha Healthy Horse Award.

With the award, Whitman received an Omega Alpha cooler, a neck ribbon, and a bag of Omega Alpha products to try. Whitman said that she was very excited to receive the award and equally excited to sample some of Omega Alpha’s excellent products! Whitman apparently is going to “have” to share the award with her daughter, as she was equally as excited and thankful for the award. To see more follow this link https://www.youtube.com/watch?v=AnQIQZDbnAs

To learn more about Omega Alpha products and how they can benefit your horses throughout the summer show season and beyond, visit www.OmegaAlpha.ca or call 1-800-651-3172.