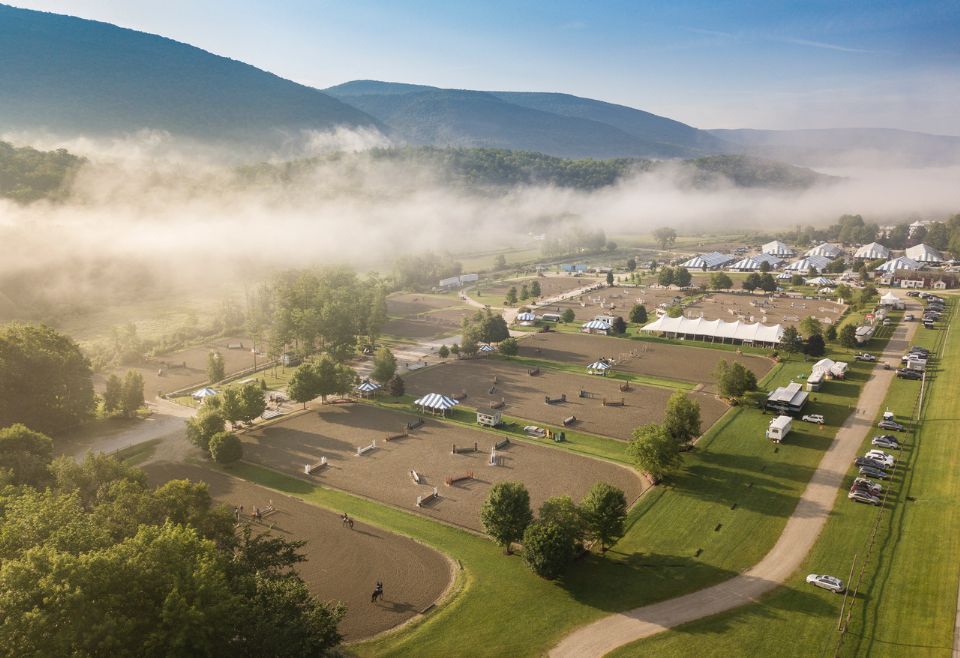 East Dorset, Vermont – The Vermont Sumer Festival, a horse show that originally started in the parking lot of the Killington Ski Resort, is celebrating 25 years of growth, success, and excellent sport under the direction of John and Dotty Ammerman at Harold Beebe Farm in East Dorset, VT. The 2018 Vermont Summer Festival will run for six consecutive weeks from July 3 through August 12 with diverse offerings for hunter, jumper, and equitation riders alike.

A popular event on the North American summer show schedule, the Vermont Summer Festival has a storied history that makes it an exhibitor favorite. Thanks to a schedule that spotlights all levels of competition, the event is ideal for the development of young horses and up-and-coming professionals, as well as being a hotbed for year-end finals qualifying.

“I am glad that we are able to celebrate 25 years,” said Vermont Summer Festival Manager John Ammerman, who first got involved with the event as a judge when it was based in Waitsfield, VT. “We have expanded year after year and it quickly became apparent that we were closer to our customers in the Manchester area. So, we put all our efforts into the current showgrounds.

“We do all the upkeep ourselves, from rings to electric and water supply,” continued Ammerman, who was inducted into the United States Equestrian Federation (USEF) Show Jumping Hall of Fame in 2011. “We were able to put all our eggs in one basket and make these grounds great. We make a huge effort to take great care of the property, from the rings to the stabling area, and hire people who work just as hard. For me, that’s what it’s all about.”

John and Dotty Ammerman split their time between Manchester, VT, and Ocala, FL, each year, and are about to settle in Vermont to focus on preparing the Vermont Summer Festival for its 25th anniversary season. In addition to continuing to offer a varied and innovative schedule in the ring, Ammerman will also be making significant improvements to the property itself for the 2018 season.

“As soon as the snow is gone in Vermont, we will be exposing the base of all our show rings and schooling areas to re-grade the surfaces before adding a new sand and fiber all-weather footing mix,” he said. “The footing this year is going to be better than it has ever been.”

The 2018 Vermont Summer Festival offers an all-inclusive schedule with the popular “Equitation Tuesdays” and weekly $5,000 3’3” NEHJA Hunter Derbies each Thursday, culminating with a $15,000 offering in week six. For jumper competitors, highlights include the $10,000 Open Welcome, held each Thursday, and the $30,000 Grand Prix, held the first five Saturdays of the six-week circuit, before concluding with a $50,000 Grand Prix on the final weekend.

The Vermont Summer Festival is New England’s largest hunter/jumper competition and the richest sporting event based on purse in the state of Vermont with more than $750,000 in prize money. The event is also a proud member of the Show Jumping Hall of Fame, the Marshall & Sterling League, and the North American League (NAL).