Home Press Release Cover Model Todd Minikus Proves His Worth With a Multitude of Victories... 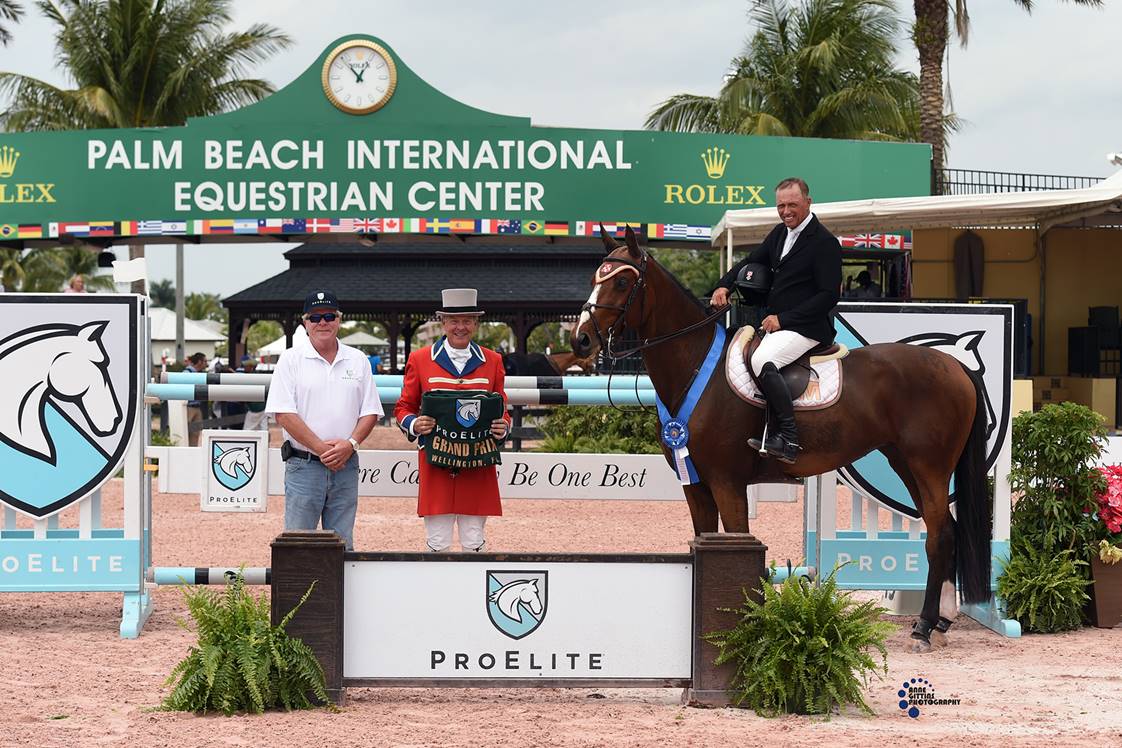 Above: Todd Minikus and Quality Girl rack up another win in the Pro Elite $35,000 Grand Prix. (Photo courtesy of Anne Gittins Photography)

Wellington, FL (April 18, 2018) – When the marketing team at Equestrian Sport Productions chose Todd Minikus’ photo for the cover of the Spring Show Series they had no idea that Todd would capture so many top victories in the opening weeks shows. But true to his reputation international show jumper Todd Minikus racked up an impressive list of victories during week one and two of the Equestrian Sport Productions Spring Series Horse Shows in Wellington, Florida, proving their choice for the cover photo was a good one.

“You wouldn’t want to ever count us out,” remarked Minikus of who exudes confidence in his craft both in and out of the saddle. “This was the first week of Quality Girl showing after having one or two little ‘dings’ and so it was nice to have her back and in good jumping form. She was awesome in the jump-off and it’s good to have her back in the game.”

Quality Girl may be known for her placid demeanor and puppy dog personality around the barn, but matched with Minikus in the saddle the 15-year-old Oldenburg is all business when it comes to quick and careful jumping. The two have claimed some of the biggest wins in the sport, including the 2014 Zoetis $1 Million Grand Prix at HITS-Saugerties, and they were certainly on their game in the Pro Elite $35,000 Grand Prix. Competing against 26 other horse-and-rider combinations, the pair topped the leaderboard with a speedy 38.119 seconds to win the jump-off. Quality Girl (Quidam’s Rubin x Dodirka) is owned by The Quality Group.

Asked what his thoughts were on the course itself and, ultimately, the jump off round, Minikus said, “The fact of the matter is, we have one of the top rated course designers in the world so they were quality courses, Thursday and Sunday. It was a good chance to have horses get back in the groove that didn’t show the last couple of weeks when they were just coming back from a time off.”

While the 2018 Equestrian Spring Production Spring Series follows just after Team Minikus’ heavy competition schedule at the 12-week Winter Equestrian Festival, Minikus himself shows no signs of slowing down. In addition to riding Quality Girl during Equestrian Sport Production Week I, he also rode the nine-year-old mare Amex Z (Andiamo Z x Senne) owned by the Bit by Bit Group in two Grand Prix classes as well as an Open Stakes class. “It’s a good time to let the horses that showed heavily during WEF get their legs back underneath them, and the horses that didn’t show so much get going in preparation for being on the road,” he commented.

After the success of Week I, Team Minikus was ready to win again during Week II of the Spring Series, and they did just that.  Quality Girl once again topped her field of thirty-six competitors to take home the win in the $25,000 Spring 2 Welcome Grand Prix.  Besting the second place pair by a solid three seconds in the jump off, Quality Girl is proving that she is indeed back and better than before.  Next Minikus rode Amex Z to the win in the $35,000 Spring 2 Grand Prix by a sizeable margin in the jump off. Minikus also took back-to-back wins on Lord Calador in the 1.30m and 1.35m after recently being reunited with the handy stallion owned by Melissa Bilodeau of Loxahatchee, Fl.  Bilodeau was elated with her horse’s performance under Minikus, “I really can’t say enough good things about Todd’s talent”, Bilodeau exclaimed, “He really does his homework so he understands how to help the horse perform”. Bilodeau shared that her talented stallion has semen available in the United States and in Europe, “so it really helps to have him showing off his ability and winning to attract mare owners”.

Minikus, FEI Nations Cup veteran and U.S. Pan American Games Team Bronze Medalist, is no stranger to travelling the national horse show circuit. Of his plans for the summer show season he said, “May first we go out on the road. We will start off actually going to the New York Masters, and then Kentucky and Devon, and so on.”