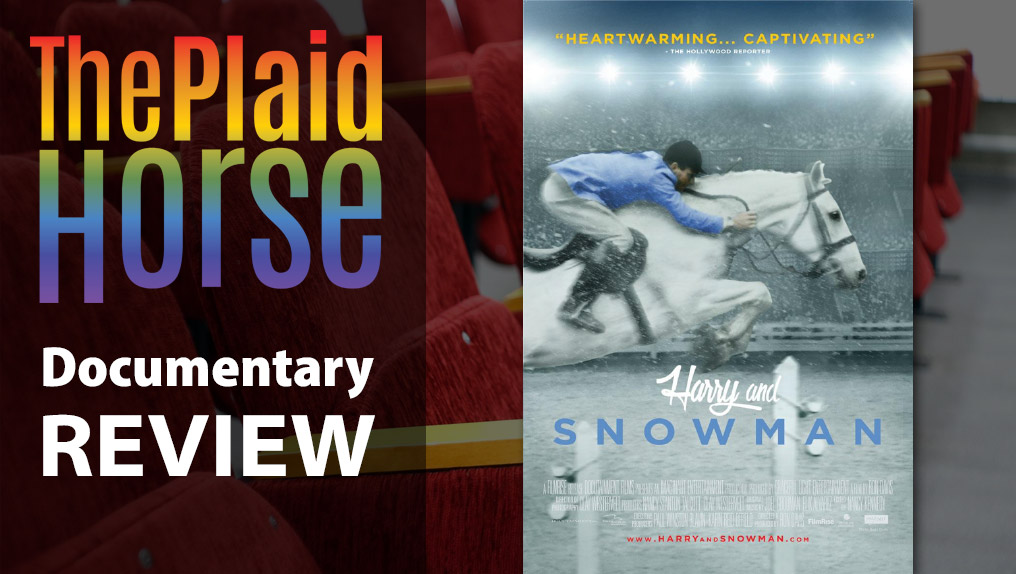 In 1956, Harry deLeyer headed to an auction for horses that were about to be sent to slaughter. Only spending eighty dollars, he headed back home with a horse that would soon be a national jumper champion. The documentary Harry & Snowman reminisces on the life of Harry deLeyer and how the eighty dollar champion, Snowman, changed his life and riding career.

Harry deLeyer has trained horses and riders ever since he was 15 years old, living in Holland. As a young adult, deLeyer and his wife moved to the United States where he got a job as a head riding coach at a private boarding school. deLeyer bought Snowman for the riding program at that school and soon discovered how bombproof and gentle he was. Although Snowman was such a great horse, deLeyer had to sell him to a farm down the road. Within weeks of him being sold, Snowman jumped the new owner’s fence countless times to come back home to deLeyer. That’s when deLeyer knew Snowman wanted to be with him, and jump!

Upon returning home, deLeyer trained Snowman to jump in a very short period of time and soon they were off to their first show where they won the biggest class. Their winning ways continued, and the underdog pair soon rose to be one of the top show jumpers of their time, winning multiple national championships for years to come. Back then, riding was a more popular sport and Harry deLeyer and Snowman became a household name.

The documentary also shows all aspects of the deLeyer’s home life and the deLeyer’s children’s struggle to be in the spotlight their dad and Snowman created. His kids had high pressure to ride well and place on the top of their class. deLeyer’s struggle choosing between time riding or with his family is also documented throughout the movie.

Harry & Snowman includes old clips and photos documenting Snowman’s time with the deLeyers. It has interviews with Harry, several of his kids and even George Morris, making the story more personal to the viewers. Modern riders will find the documentary an interesting way to see how the sport has changed over the years. The movie is very intriguing, well put together and a great watch for anybody. Harry and Snowman is a heartwarming watch and can be found inspiring by those who ride today.

Harry and Snowman can be streamed on Netflix and downloaded on other streaming sites.

Cheltenham Festival 2022: Prestbury Park prepares for the return of fans

Betting on Horse Racing In The United States