Home Press Release Twenty of the World’s Elite-Level Equine Athletes Land at JFK for the... 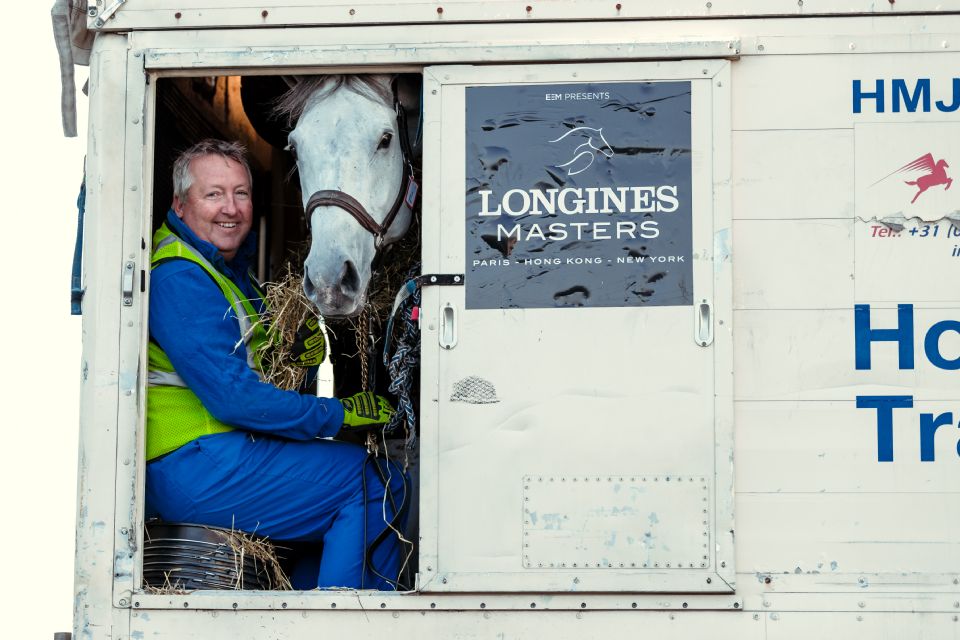 Above: Horses arrived at JFK Airport on Friday morning for next week’s Longines Masters of New York. Photo © Christophe Taniere for EEM.

New York – April 20, 2018 – At approximately 5:00am this morning, 20 of the world’s top 5* elite-level international horses landed at JFK Airport, ready to compete at the debut Longines Masters of New York, April 26-29. The sight this morning at JFK offered a unique glimpse into how these often multi-million dollar elite equine athletes travel when they jet around the world for competitions and the care they receive during flight, which often rivals the travel experiences of their human teammates.

The horses traveled from Belgium to New York on an 8 ½ hour flight, each with their own passport and accompanied by their entourages of grooms, a flight attendant, and a vet to tend to their every need. This morning’s arrival was one of the largest equine cargo shipments to ever land at JFK and one of the biggest transportations of horses anywhere in the world, a feat which Longines Masters Series creators EEM undertake each year to ensure that the world’s top horses are able to compete. In contrast, horse racing transports only 5-6 horses at one time.

Once unloaded from their Boeing 747-400 CAL Cargo Airlines plane, the horses were immediately inspected and placed in quarantine for 48 hours. Following quarantine, the equine athletes will be caravanned down the Long Island Expressway and walk a literal red carpet into their home for the next week—specially-built stables at NYCB LIVE, Home of the Nassau Veterans Memorial Coliseum.

In total, almost 200 horses representing 12 countries will remain at NYCB LIVE throughout the prestigious international four-day competition, presented by EEM with the support of Title Partner and Official Timekeeper and Watch, Longines. While the official team hasn’t been announced yet, many of these European horses will compete for Riders Europe with their partners when the new transatlantic competition, The Riders Masters Cup, takes center stage on Saturday, April 28th. Over the course of the weekend, these horses will compete with their riders in many of the 20 competitions to earn prize money of up to $382,000 for the Longines Grand Prix on Sunday, April 29th.

Sixth Year for Partnership with Rood and Riddle and the CP...