Home Blogs Bay Broadcast Sparse Attendance for the Most Critical of Topics at USHJA Town Hall:... 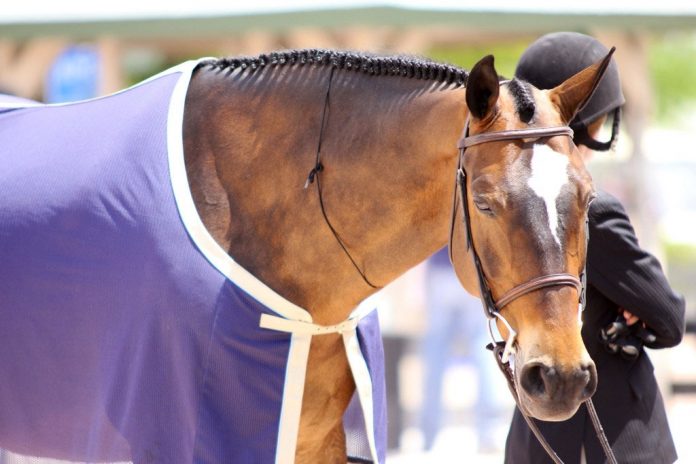 Judging from the dozen or so scattered attendees gathered at Monday evening’s USHJA Town Hall Meeting on the sidelines of the Upperville Colt & Horse Show, one would be forgiven for assuming that nothing of note was being discussed. In fact, it was just the opposite.

The May 29, 2018 New York Times article that echoed The Chronicle of the Horse’s breakthrough piece detailing #MeToo stories of sexual abuse in the horse world, and subsequent reaction from federations and the IOC is the kind of moment that has the power to shift the paradigm of a sport.

So, attendance numbers in Upperville being non-reflective, the topic at this particular forum was all-important.

Zone 3 Committee Chair Oliver Kennedy dutifully briefed the small crowd on the efforts of SafeSport, emphasizing how it directly related to professionals and their livelihood. USHJA President Mary Babick was slated to attend, but travel complications forced her to miss out, and TPH Editor and USHJA Director Sissy Wickes moderated in her place.

While reactive, the United States Equestrian Federation’s eblasts to its memberships have made one thing clear: Safe Sport is a front and center priority. It’s partnered with the US Center for SafeSport, which includes all sports under the USOC umbrella. For the last four years, all judges have had to undergo a background check and take a safe sport course. A recent rule change proposal would have required every professional in the sport to undergo a background check, safe sport and concussion training. The rule change was tabled by USEF, as it was seen as too difficult to quickly get every USEF breed and discipline on board to agree to the change.

So, the intention is there, but equestrian sport lags behind other USOC sports in its processes; background checks are required to be a Little League coach, to chaperone a team trip, but any professional can set up an equestrian business with little oversight.

While USEF takes the time to create synchronicity between its various groups, Wickes suggested that hunter/jumper riders take a stand. Be the leaders and require background checks and Safe Sport training, now.

“I think USHJA should lead the charge,” she said. “I don’t think we need USEF to be our moral compass. The USHJA can move ahead to protect the members of the hunter/jumper world rather than waiting for USEF to get its processes together. It’s time that we put as much value on human welfare as we put on horse welfare. All of this is way overdue.”

The undertone of this particular meeting was one of caution. New guidelines currently in place under Safe Sport require persons who even suspect sexual misconduct, to report it. Not doing so can result in penalty for those who stay silent. Kennedy emphasized that times have changed, and the very livelihood of professionals in the sport would be at risk if they were even suspected of misconduct. A report submitted to the US Center for Safe Sport will be investigated. Just last week at The Devon Horse Show, a judge with a record of sexual misconduct was abruptly removed from the show when a SafeSport violation resulted in his Interim Suspension.

But isn’t that a sign that things are moving in the right direction? The time is past for professionals to treat this issue with kid gloves, or sweep things under the rug for fear of losing business. If every professional in the sport doesn’t actively support mandating SafeSport, they are part of the problem. And without the support of 100% of its participants, there won’t be much of a livelihood left to protect.