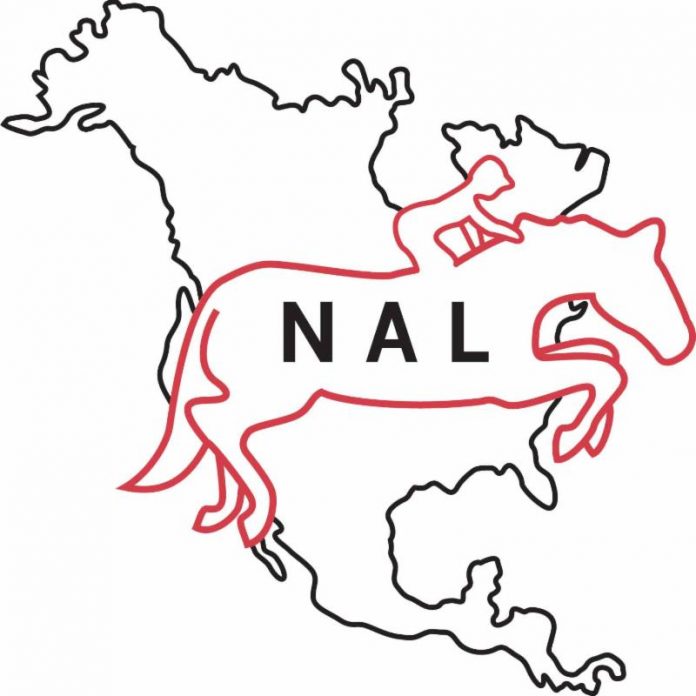 Annville, PA – June 6, 2018 – Results from the spring horse show season have helped many riders move up in the North American League (NAL) division rankings. Riders were busy chasing valuable points on the competition circuit during the month of May and the beginning of June with their sights set on their ultimate goal-a chance to compete at this year’s NAL Finals.

The NAL features series in five divisions: Adult Jumper Presented by SmartPak, Children’s Jumper Presented by EquiFit, Adult Hunter; Children’s Hunter, and Low Junior/Amateur Jumper. The Series includes classes held at hundreds of horse shows across the United States and Canada. The NAL qualifying season runs from September 1 through August 31. NAL qualifying classes are open to all competitors but only current members are awarded points. Annual memberships are only $40 per rider.

By joining the NAL, riders can accumulate the points necessary to qualify for the NAL West Finals held at the International Jumping Festival hosted by Blenheim EquiSports in San Juan Capistrano, CA, September 19-23 and the NAL National Finals held at the Pennsylvania National Horse Show in Harrisburg, PA, October 11-20. Prize money for the National Finals at Harrisburg has been increased to $12,500 for each of the five final classes.

As of the beginning of June, Allison Cederberg of Billings, MT moved up and now leads the Adult Hunter standings aboard Zero Tolerance with 2,434 points. Alex Johnson of Portsmouth, VA and Poetic Justis are only 29 points away in second place with 2,405 points, while Patti Schindler of Reisterstown, MD and Glyndon are in third place with 2,088 points.

Jordan Bell of New York, NY has maintained her lead aboard Chago in the Children’s Hunter standings, earning 770 points in the past month for a total of 2,584 points. Cassidy Bosch of McLean, VA has earned 2,275 points aboard Convinced for second place, while Georgia Rivero of New Canaan, CT and Zoe sit in third place with 1,995 points.

Lindsey Tomeu of Wellington, FL, 2015 and 2017 Adult Jumper Final Champion, and her mount, Gold Lux, maintain their lead in the Adult Jumper standings Presented by SmartPak with a whopping 6,457, earning 372 points this past month. Stephanie King of St. Augustine, FL and Co-Starr take second place with 4,721 points. Tracy Harris of Wellington, FL and Une Etoile De L’Eclypse move down into third place with 4,172 points.

Lauren McCaulley of Lake Charles, IL and Umano De La Ruche maintain their lead the Children’s Jumper standings Presented by EquiFit, with 4,154 points, while Emmanuelle Greenberg of Boca Raton, FL aboard Carlos G also maintain second place with 3,181 points, earning over 300 points this past month. Grace Debney of Hampden, MA aboard Byolga follows behind in third place with 2,966.

Daisy Farrish of Versailles, KY and Conpardie Z maintain their lead in the Low Junior/Amateur Jumper division with 5,698 points, while Alexandra Welles of Wellington, FL and XM are close behind in second place with 5,016 points. Sophie Gochman of Palm Beach, FL and Catch Me Z sit in third place with 4,884 points.

Jen McDonald of Nashotah, WI and Noble Guardian lead the West Coast Children’s Hunter standings with 764 points. Mika Clear of Piedmont, CA and Gabriel have moved up into second place with 682 points, while Samantha Meyer of Wentzville, MO and Seattle have moved down into third place with 642 points to round out the top three.

Angela Dominguez of Argyle, TX and Emilios maintain their lead in the West Coast Adult Jumper standings Presented by SmartPak with 1,342 points. In second place is Tara Brown-Stocks of Coto De Caza, CA aboard High Hopes with 1,245 points, while Gabriela Turner of La Jolla, CA and her mount Lady Pezi sit in third place with 918 points.

For more information regarding the North American League series please call (717) 867-5643, email to NAL@Ryegate.com or visit www.ryegate.com. Follow us on Facebook at https://www.facebook.com/NALFinals.