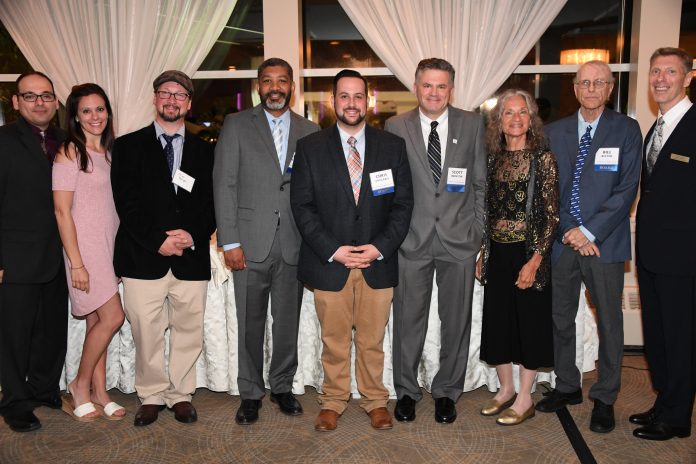 LONG ISLAND, NY – June 7, 2018 – Professional equine photographer and EQUUS Film Festival Co-Organizer, Diana De Rosa, was presented with first place at the Press Club of Long Island annual awards in the category of Non-Local Photo. The photo was taken at a polo match during the 2017 International Polo Club season in Wellington, FL. Second and third place went to photographers from Newsday, the well-respected daily newspaper on Long Island. To win ahead of two Newsday photographers was a real honor. The PCLI annual awards dinner was attended by over 230 guests, where close to 300 awards were given out to first, second and third place winners. De Rosa, who has covered eight Olympic Games, joined co-host David North and Eileen Lehpamer, from News 12, to MC this evening honoring the many award winners while also catching pictures throughout the night. The event was held at The Woodbury Country Club in Syosset, Long Island. “I am thrilled to have achieved this honor,” De Rosa remarked. “My passion for photography has taken me all over the world. This photo was taken during an exciting polo match where top national and international polo players fought hard for their teams. To be recognized for my photography means a lot to me. I post a lot of my photography for people to view on my web site: www.dianaderosa.com so that others can share in the beauty of the horse.”

The photo appeared with an article De Rosa wrote on www.hubpages.com/@dianaderosa “A Twist of Polo“