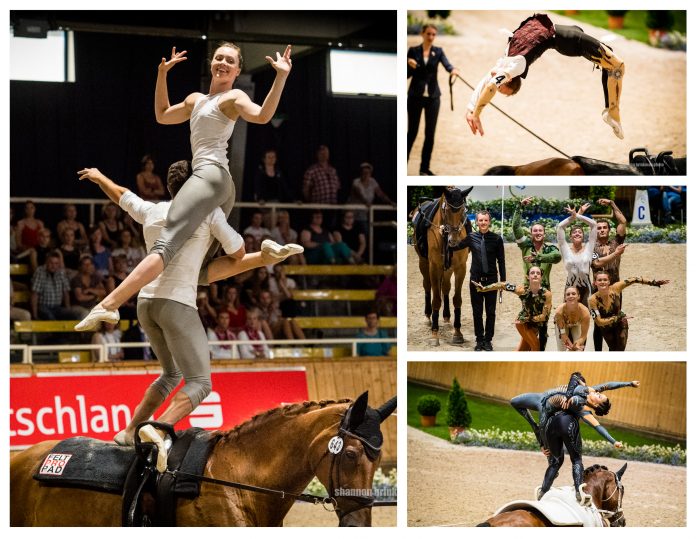 “CHIO Aachen – what an experience,” said Seely. “Competing with some of the world’s best vaulters was awesome. USA Vaulting showed a strong presence and they were crowd pleasers. We only worked with our borrowed horses for a very short time and still competed very well, showing the potential we have for the WEG. I look forward to getting to Tryon and watching our U.S. vaulting athletes on our home turf.” Click here to read more.