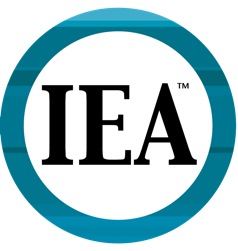 Knerr has previously served as the Zone 5 Administrator for Hunt Seat and Western (Ohio, Michigan, Indiana, Illinois, Kentucky) and most recently as the Western Zone 1 (nationwide) Administrator. As a seasoned horse show manager, Knerr will use his experience to focus on the planning, growth, and future locations for IEA Western Semi-Finals including all aspects of show management and operations. In addition to his responsibilities with IEA, Knerr also serves as the Trade Show Manager and Show Manager for the National Reining Horse Association (NRHA) Futurity and Derby horse shows and acts as a liaison between IEA and NRHA.

About IEA:
Now entering its 17th year, the IEA has nearly 14,000 members across the United States riding and coaching Hunt Seat, Western and Dressage disciplines. The non-profit (501(c)3) IEA was organized to promote and improve the quality of equestrian competition and instruction available to middle and secondary school students and is open to public and private schools and barn teams. There is no need for a rider to own a horse because the IEA supplies a mount and tack to each equestrian for competitions. Its purpose is to set minimum standards for competition, provide information concerning the creation and development of school associated equestrian sport programs, to generally promote the common interests of safe riding instruction and competition and education on matters related to equestrian competition at the middle and secondary school levels.