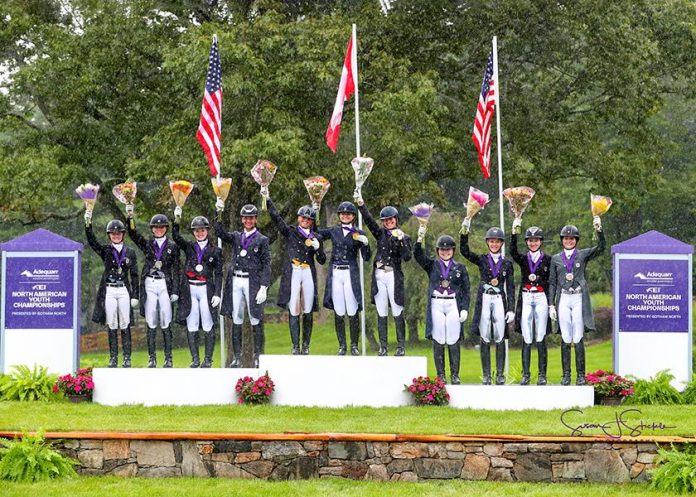 “It’s very special for us,” said Camille Carier Bergeron, 18, who as the final rider to go for the team clinched the gold for the Quebec/Alberta team with her score of 70.35% riding Baldacci, the 12-year-old KWPN gelding she owns with Gilles Bergeron. “We’ve been on the same team many times and we have a fantastic relationship.” Her teammates Rakeya Moussa of Edmonton, Alberta, who rode Davidoff v.h. Trichelhof, Susan and Mohammed Moussa’s 10-year-old gelding of unknown breeding, to a score of 71.32%, and Beatrice Boucher of Saint Dominique, Quebec, who rode Delfiano, Gilles Bergeron’s 15-year-old gelding of unknown breeding, to a score of 68.47%, joined Bergeron on the podium to collect their gold medals. Click here to read more.
Photo credit ©SueStickle.com