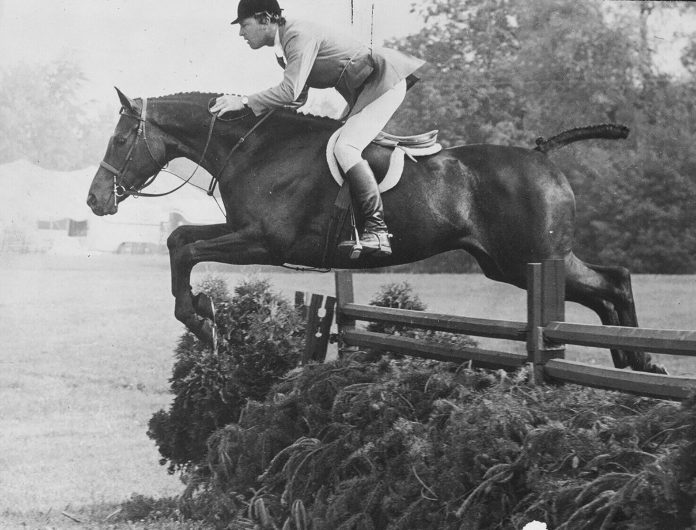 The ultimate horseman’s horseman, died on Monday, July 24, 2017, of complications from esophageal cancer.

From the 1950’s right up to 2017, Reynolds, 78, was major influence at the top of the hunter jumper sport in this country and was recently inducted into the National Show Hunter Hall of Fame. A great rider in his younger days, Bucky also had success in the jumper ring, winning the Cartier Grand Prix at Madison Square Garden on Steve’s Poppet. But, for the most part, hunters were his strong suit. From Gozzi to Stocking Stuffer back in the day to Estrella and Rosalynn of recent days, Reynolds spent a lifetime finding them, riding them, making them – and then stood back and watched as horse after horse went from greenhorn to great under his patient, watchful eye.

Reynolds’ talents as both rider and trainer were first nurtured by his legendary National Show Hunter Hall of Fame father, J. Arthur Reynolds, Sr. After graduating as an English major from prestigious Wofford College, Bucky moved to Virginia and found a second mentor in another legend, A.E. “Gene” Cunningham. Cunningham’s quiet, persistent patience with young horses rubbed off on Bucky and the structure of his horsemanship was born. Reynolds found four-time National Horse Show Champion Gozzi as a yearling and trained him into a First Year Green horse as a three year old before selling him and moving on to the next project. His horses made others famous. Names like Traurig and Beard, Wheeler and Weaver, Oare and Farmer – all benefited from being next in line for one of Bucky’s graduates.

Bucky Reynolds was more than a creator of horses; he was also a creator of horsemen. Tosh, Towell, Farrell, and Karazissis are among the greats of our business who were lucky enough to learn from his system. “As a rider, he had maybe the best hands I ever saw. As a trainer, he was meticulous- kept a diary of every horse and every show,” said great friend and protégé Jack Towell. “But, he was more than that. He loved his horses; he was a great teacher. And, well, he just told me stuff, hours and hours of stuff. He knew more about horses than anyone I ever met in this business.”

For the legions of champions Bucky trained through the decades, the horse and rider combination that resonated most for him was the great mare Estrella, piloted by his sister and fellow National Show Hunter Hall of Fame member, Betty Oare. He claimed that his proudest moment as a trainer was that dynamic duo winning the Amateur Owner Grand Championship at the Devon Horse Show. He beamed, “I think that [Estrella] would have to be a first ballot Hall of Famer (she was)… She was almost unstoppable when she was on her game.”

Bucky also had enormous influence outside of the ring. Often accompanied by wife, Linda, he judged virtually every prestigious horse show in America over the past few decades. In the Thoroughbred sales world, Bucky Reynolds, along with Lee Eaton and John Williams at Eaton Sales, created the modern day template for how auction horses are prepared and presented. “He got down to the essence of who a horse was,” said Meg Levy, owner of the very successful Bluewater Sales. “But more than that, he was a great guy to work for. He would notice and point out something someone did well with a horse every day. Always the positive. He literally wrote a handbook on standing horses on the line,” Levy recalled. “I think of him every day.” Reynolds is survived by his wife, Linda, his son, Jay, a recent graduate of the Darden School of Business of the University of Virginia, and his daughter, Lydia, of Charleston, SC. Also surviving him are his sister and lifelong compatriot, Betty Oare, and his brother, Bobby.

J. Arthur “Bucky” Reynolds II – handsome, ageless, impeccably dressed – was the rarest of all breeds. A man of tremendous talent, instinct, and success, he was always gracious and humble. He allowed his horses and riders to be his megaphone. To say that we won’t see the likes of him at the ingate for quite some time may sound trite. But, we won’t. As Betty put it, “I still can’t picture the world without him.”

The Warrenton Horse Show Board of Directors recently voted to approve the refurbishment of the schooling ring and proudly name it “Bucky’s Ring.” They will also add two lunging pads and make major improvements to the main ring, and know Bucky would love the plans. Donations to help can be made to: