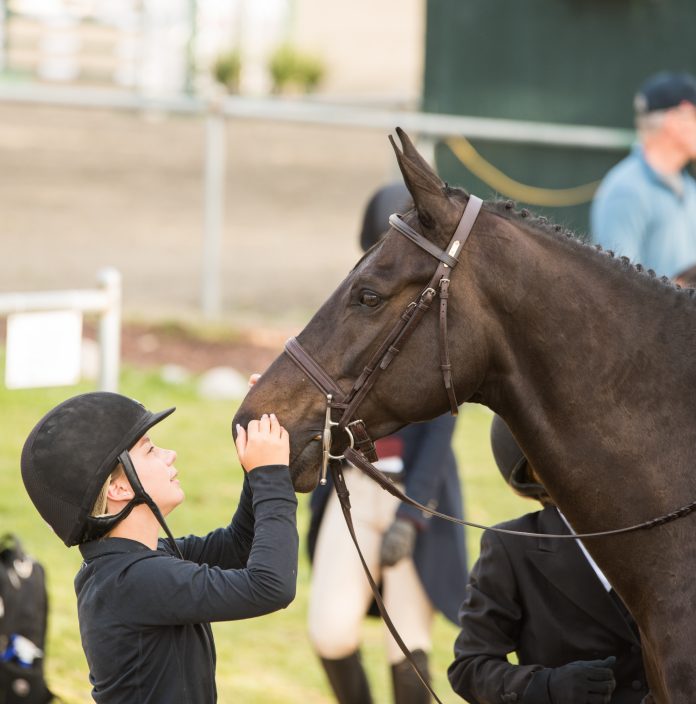 A year of upgrades and program expansion transform once-forgotten facility into a thriving hub of Southern California equestrian activity.

Nestled in 38 acres on the edge of the Hansen Dam Recreation Area, the facility maintains boarding space for around 175 horses, at least 350 dedicated show stalls, 13 arenas, ample parking, permanent bathrooms and showers, meeting and party facilities, a full-time management office, and security. Between thriving training businesses, an active riding school and a full calendar of equestrian competition and special events, there is always something going on yet it never feels busy or crowded. A sense of peace and space distinguishes the San Fernando Valley facility that is surrounded by many miles of beautiful riding trails.

HDHP is on City of Los Angeles Recreation and Parks land in Lake View Terrace. The City envisioned an equestrian center and awarded a concession contract to Eddie Milligan in 1998. Although launched with great fanfare, the facility quickly fell into ignominy and by and large the mainstream equestrian community in Southern California shrugged. Ten years ago, LEG began gradually developing and moving hunter/jumper horse shows to Hansen Dam, funding a number of projects that benefitted the shows and the facility in the process. Larry Langer, President and CEO of LEG, used his engineering and management experience to look at the facility through a different lens. Having ridden at, managed, or co-owned almost a dozen facilities throughout his highly successful career, Larry saw great potential in the place and the seeds of his vision for the Hansen Dam facility took root.

In addition to gradually developing a footprint of horse shows, Larry noted that HDHP was one of the very few facilities in Southern California that did not have a riding school, a critical gateway for newcomers to the horse world. His hunch that HDHP was ideally suited for a well-run entry level riding program was right. By the summer of 2018, Hansen Dam Riding School was giving over 400 lessons per month.

When Larry took over as HDHP’s majority owner and Managing Director in September 2017, he projected two years for upgrades, repairs, and special projects to bring the facility up to the standards expected of a multifaceted equestrian center. Sterling Champ, the previous Managing Director, remains as a minority owner, and is in full support of the changes and upgrades. Sterling enjoys not having the day-to-day responsibilities of HDHP, but remains very involved and contributes valuable input and perspective.

Stay tuned for stories about upcoming improvements, and meet the many top professionals who call Hansen Dam Horse Park home. As HDHP continues to upgrade boarding barns, rings, landscaping, security, and operations, there is space for trainers and their clients to enjoy this lovely, professionally-run facility.

Call for a tour or visit HDHP online at www.hansendamhorsepark.com.