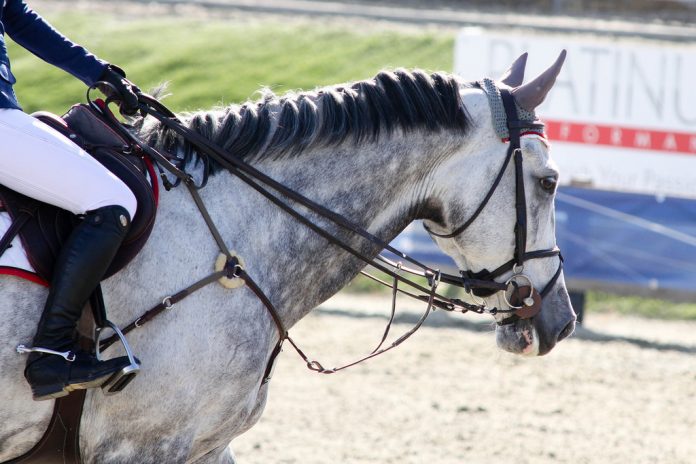 After attending the USHJA Convention in 2014 in Las Vegas, I promised that I would never do that to myself again. Coming at a bitter, cold end of a long show year, I spent five days and about $1,500 to make the journey to participate. I came away feeling like nothing actually happened. Rational ideas were shut down left, right, and center. Young people were not encouraged to participate, and worst of all – none of the meetings actually mattered. USEF ended up doing whatever they wanted with the committee considerations and advise. Nonetheless, I initially felt encouraged and signed up to work on multiple committees. I did want to get involved. For a few years, I pushed through many “Don’t call us, we’ll call you” situations but eventually didn’t feel investing in attending the annual convention was required.

Fast forward four years. I am now potentially less hotheaded about glacial bureaucratic progress (but potentially more). My position on two USHJA Foundation committees led me to decide that me attending the convention was necessary. Since I’m teaching this semester, I attended the days that I could manage – Sunday and Monday to the cost of about $800 between flight, transportation and hotel.

Walking into the first meeting, the Zone Education Meeting, I was struck by what I always am – USHJA has the problem of failing to manage expectations. What does and doesn’t our membership buy us? I have no idea. Who should be a USHJA member? When does one need to be a member? Why does one doing the short stirrup at one show with 10 entries require a membership, but another show with 30 entries not require a membership. What is in the USHJA for me? What do my dues actually purchase?

Even after all my involvement with the organization, I have no idea. I have been a USHJA Life Member for many years and have paid for multiple horses’ lifetime memberships, but I’m still not sure what I purchased. I support education, but none of the services USHJA provides really seem to apply to me. I’m happy to support things that would have benefited my younger self, so that makes me feel good when I hear more about Emerging Athletes Program or Horsemanship Quiz Challenge or the Hamel Scholarship. But overall, my expectations cannot ever be met because they were never set. I have no idea what to expect from becoming a lifetime member of USHJA. I have no idea how to tell when I’m satisfied because I’m just plain as lost as I was a decade ago about what it is.

The first thing I was struck by walking into this meeting is the average age and breakdown of the committee and audience. I was therefore not surprised when Kathy Hobstetter of Zone 10 asked if anyone present was under 30. No one raised their hand. She then asked under 40, and I was one of two people putting a paw in the air (I am 30). It was not a good group for the long-term health of our sport. The audience, like our membership, was predominately female yet run by a 50-50 gender split in the leadership.

What are my expectations? I don’t know. I guess looking around, I expected the leadership to reflect the membership. I expected these people who claim to praise education to be actively educating some young people in their audience. Over the years I have paid for several young people to attend these meetings. Why isn’t anyone else doing this, and where are the young people? With the meeting happening during overlapping horse shows, many of them are showing this weekend, so our young professionals have to make tough calls – get the junior hunter measured this weekend or wait for the craziness of WEF Week 1 when they have a dozen other clients going.

If the annual meeting is actually important and actual decisions are made, we need to suspend horse showing for one weekend. If it is not important, I’m not sure why I spent $800 and am not sleeping in my own bed tonight.

Questions ranged from “How do we get people to read emails?” – which to me is not the best use of time for a room of 70 people who bothered to fly to Tampa and be sitting in a convention room. There are lots of ways to reward people for opening emails. Maybe offer a free membership next year to the 1,000th person who opens each email. Your membership will read.

Then we asked how you identify your zone committee members at a show. As I was a moment late to this session, I found this to be a fantastic question. There was a binder on my table, but also a panel sitting up front with people completely unidentified and a screen not being utilized for names, bios, or any information. We’re worried about identifying them loose at a horse show when I’m not sure who they are in the front of a ballroom? Nametags were suggested, an idea that I am a big fan of. Meet and Greets of committees at shows were mentioned, another idea I find fantastic and hope is utilized throughout the country.

Can we elect Zone committees based on their attendance in the previous year? To be honest, I didn’t know that we elected zone committees or anything at USHJA. I was pretty sure I didn’t really have a voice. So, if that is open to the public, I would love some more clarity on who, what, when, and how that happens. As a dues paying member, I expect to be able to vote for President, Chair, and Board of Directors. If that is an unreasonable expectation, someone needs to explain to me why that is not my membership right. No one ever has.

Are we underutilizing affiliates? Of course we are. There is so much growth potential here at a grassroots position, but no one feels like it is their job to actually build it. “We need affiliates to take charge” was a literal quote I heard. No, USHJA. They’re fine without you. You want access to their members and pipelines. You need to take charge.

Is communication bad? Yes, you have 44,000 members and 70 sitting in this room. “I think we think we’re smarter than we are when we’re coming up with ideas.” USHJA President Mary Babick told us. How disheartening.

Should Zone committees do a retreat and actually meet and make a plan each year? Perhaps, but perhaps they just make recommendations to Working Groups who make recommendations to the USHJA Board who proposes them to the USEF who isn’t always responsive to what the USHJA membership wants to do. That could be a good route to success or a waste of time. It was tough to tell.

The panelist who made the most sense was Zone 10’s Kathy Hobstetter. She pointed out the lack of pipeline not only in the room, but on the actual Zone committees themselves. She brought up trying to mentor young people to achieve Zone committee positions. How do we involve hungry, young people who want to be there? Hobstetter pointed out that we have to – we have to have people to pass the torch to. “We have to start educating and growing our base,” she mentioned several times. Amen.

Is there hope for USHJA and the future of our sport? I spent $800 this weekend gambling on it and I encourage you to join me in getting involved, making our leadership and governance reflect the participation of our sport, and educating young people enough so that they make a considerable impact.

You can read more from Piper Klemm in her December 2018 Publisher’s Note, or reach out to her at piper@theplaidhorse.com.