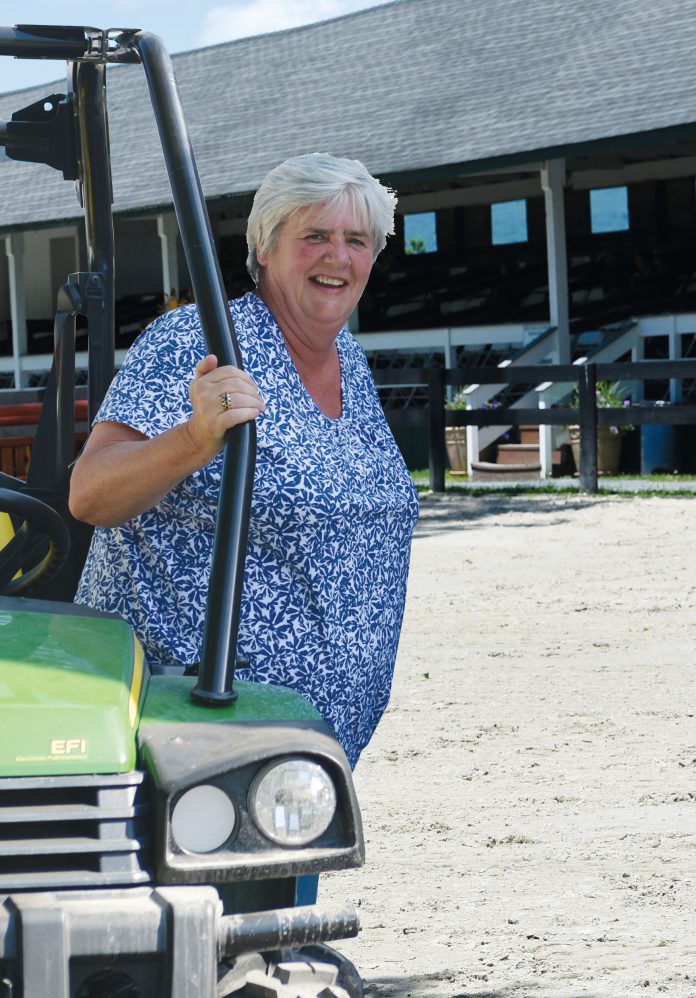 Upperville, Va. – Jan. 21, 2019 – For 16 years, Virginia Plaskitt McCarty, affectionately known as “Ginny,” has served as show secretary for the Upperville Colt & Horse Show (UCHS). At the end of January, Ms. McCarty officially retires after her long tenure with the prestigious event.

Born and raised in Delaplane, Virginia, McCarty grew up working on her family farm raising polled Herefords and showing prize-winning cattle. After graduating from Foxcroft School in Middleburg, Virginia, McCarty spent several years traveling the United States outfitting purebred show cattle for sale and was recognized as one of the nation’s top female outfitters for many years. McCarty changed her focus and commenced a career working at various corporate entities.

In 2002, McCarty began her career as the show secretary for the UCHS. During her tenure, McCarty touched and positively impacted the lives of many exhibitors, owners, trainers and the local community at large.

UCHS president, Barbara Roux, stated, “As Ginny closes out her chapter with UCHS, I, along with the UCHS board, thank her for so many years of dedicated service to UCHS. Talented, disciplined and exceptionally organized, she often seemed to do the work of three people, handling the myriad details of a show that now serves more than 1,800 exhibitors. Her steadfast dedication has helped the horse show evolve into one of North America’s premier competitions. While we will miss Ginny, we wholeheartedly wish her much happiness in this new journey of her life.”

The Upperville Colt & Horse Show, founded in 1853, is the longest running horse show in the United States. Held in picturesque Upperville, Virginia, under the oaks, this iconic seven-day event has been highly regarded as a boutique attraction and a fixture on the schedules of Virginia locals as well as world-class equestrians and spectators. Featuring an FEI CSI4* rating and a World Championship Hunter Rider designation, this event is exciting for competitors and spectators alike.