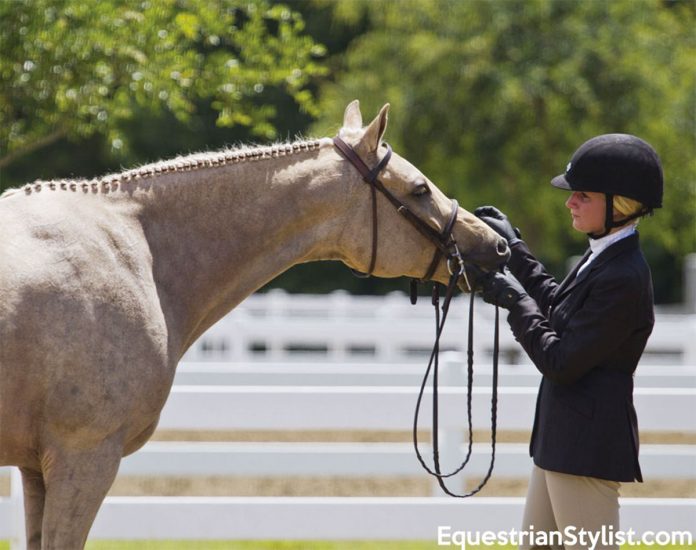 I was the unofficial President of the Winston Fan Club. Amy and Randy McCoy, Champlain Isle Ponies, Isle La Motte, Vermont, owned Rowfantina Gold Sovereign (aka Winston) and they humored me; allowing me to think I was President of this large, adoring “club” of Winston lovers. They never denied me this belief, so why not? I loved all 11.1 hands of him with all my heart and I bred and trained as many Winston babies as anyone. I adored them all. We were like family. I wore my unofficial Presidency of the Winston Fan Club badge with pride.

And, so it was a dark day when I received an email from Amy on October 14, 2018 late at night. The title was, “Winston”. The subject said, “we lost him tonite”.

Winston was 31 years old. I knew this day would come but it is impossible to prepare. Amy’s note stunned me hard. As stun turned to pain, I typed my reply to Amy and Randy.

This is what it said…

I am so sad. There have been many amazing ponies but Winston was the best pony that walked the earth. He had my heart. He was a huge factor in my life as I know he was to all of us whose lives he touched. A more charming and more influential pony there never was. I always told every pony breeding enthusiast that they weren’t complete unless they had bred or owned a Winston. They always agreed once they were lucky enough to get one. Winston had that rare special something and he gave it to all of his sons and daughters. I adored every single one. Goldie [Champlain’s Good As Gold] will get some special attention from me today. She will be 21 in 2019.

Winston was truly remarkable, he was unbelievably charming and he was a legend in life as he will be forever. Thanks to the two of you for providing Winston the care to live out his long life, the commitment to allow him to achieve what he did and the generosity to share him with us.

My arms are around you and I am mourning your loss with you. Winston will be missed terribly by his many, many fans.

I have known Amy and Randy for close to thirty years. As a young adult, I spent countless hours on their farm, regularly, helping with everything there was to be done: grooming, clipping, mucking, breaking, handling, photographing, evaluating prospects – you name it – they involved me. They had fifty to eighty ponies or more on their farm at any given time, including the prominent stallions, Hidden Creek’s Rainfox, Smoketree Mountain Ash, Springbourne Buckle, Larry’s Hat and Rowfantina Gold Sovereign. Amy, Randy and their ponies taught me everything I know about top quality pony hunter breeding. I cherished the fact that I knew all of their young stock, mares, and stallions – and I knew how they were related to one another.

Amongst the hustle-bustle of a busy farm filled with beautiful show ponies, there was always one constant for me. His name was Winston. I could count on the little twinkle in his eye, his tiny little ears, his adorable “stuffed pony” looks and his disproportionately large, charismatic personality. And I could always count on his “kids” being just like him. They were cute, smart, fun, funny, laid back, straightforward and confident. They had that Winston twinkle that drew you to them like magnets. Best of all, Winston kids could perform. As quickly as they hit the show rings, they were proving themselves winners on the biggest stages.

They say the mark of a great stallion is prepotency, the ability to consistently “stamp their get”. Winston did that in spades. I used to think I knew something. I bred, trained and sold some very nice ponies.  Some of them still carry my “Vermont” prefix. But now, as I look back, most of them were Winstons or Winston grandkids. Winston made many small breeders like me look good. I owe my success to him.

TPH: How did Winston end up coming to you?

Amy & Randy: Linda Trott and Bonnie Tipton, Snowfield’s Stud, MD, sent Winston to us to stand at stud for his new owner, Ellen Carroll, who bought him from them as a four year old in 1991. Linda and Bonnie had, originally, found Winston, as a weanling, at the Rowfantina Stud, CO, breeder, Jean Shemilt in 1987. Linda and Bonnie stood Winston for a couple of years or so and produced the Welsh National Champion filly, “Snowfield’s Sunflower”.

TPH: At what point did Winston become yours? How long did you stand him at stud?

Amy & Randy: We stood Winston at stud for a while – for his owner – but we loved him so much that we ended up buying him. We stood him for about twenty five years. He probably did not produce more than one hundred babies, perhaps less? Winston’s semen didn’t ship well so we had to keep breeding and breeding; so we would discourage people.

TPH: Winston was consistently near the top of the USEF Leading Sires list for Pony Hunters for more than ten years, topping out at #3 in 2010, can you talk about that?

Amy: Yes. Actually, Winston had far fewer babies than other stallions high in the rankings so his results were particularly meaningful. USEF does not take into account how many babies are included; their Leading Sires ranking can be deceptive that way. I have tried to talk to them about that but nothing has changed.

Randy: We didn’t breed him to as many mares as other well-known stallions but the ones he produced represented him well.

TPH: What was Winston like, what did you love about him?

Amy & Randy: He was just easy and friendly and he was the favorite of everybody who ever worked for us. Winston kept us entertained. He was full of antics… full of himself… yet we never had to put a chain over his nose. Oh, and he definitely had a libido! One time we lost him and we were searching for hours. We finally found him hanging out with Fanny the Phantom (breeding mount). He was so tiny we couldn’t see him behind the teasing wall!! That was Winston for you!

TPH: What mares did you breed Winston to and what did they produce?

Amy: Winston sure stamped his babies every single one of them. It didn’t matter what you bred him to, they all looked the same. We bred him to everything from British Riding Ponies to track rescue Thoroughbreds. Some people bred very average mares to Winston and ended up with fancy show ponies. We’d ship semen to people with family pets and then those babies would go out and be stars.

TPH: What were the traits Winston stamped on his kids?

Amy: Disposition, cuteness factor – crazy ridiculous cute – and they all jump great. They inherited enormous strides but rideable, containable big strides. Winston’s babies are child friendly and loveable. Disposition is the most important factor anyway. If it doesn’t have a good brain, it’s not going anywhere because disposition is the foundation for everything else. With Winston, even if it’s a bad size [small for its height division] and it’s not going to be a top division pony, someone’s going to love it. His kids can do any job. I have to say, though, that some Winstons that were small excelled in the division anyway because of their brains, strides and ability.

TPH: What set Winston apart from other stallions?

Amy: His offspring were always better than the parents. The mark of a good stallion is stamping his get and improving his mares. Winston did that. I don’t know of any other stallion prepotent like him. Not many breeders will have the experience that we did with Winston.

TPH: What is Winston’s legacy?

Amy & Randy: Our babies of his are mostly retired but we have a few youngsters (4 and 5 years old) still out there looking for leases. We haven’t bred anything for the last five years.

Randy: It wasn’t that Winston was too old to breed but I was getting too old to keep up with it! People wanted to send us mares to breed to Winston but we just couldn’t do it. Fortunately, Winston’s daughters appear to be helping us. They are proving to be great broodmares so his grandkids are carrying on his legacy already.

Amy: True, Winston’s girls seem to be doing like he did. His mares that have been bred – it doesn’t matter what they are bred to – the babies are phenomenal.

TPH: Do you have a stallion by Winston?

Amy & Randy: Yes, we do have one intact, 12.3 hands, palomino, line bred Winston son, Champlain Solar. We either need to geld him or teach him to collect. We might breed him to a few this year? We did a test breeding with Solar and a Thoroughbred mare and Starlet is drop dead gorgeous.

TPH: What does the future look like at Champlain Isle Ponies?

Amy & Randy: It is hard to say. On one hand we have a promising Winston son but on the other we are caring for forty ponies and we basically run a humane society with no staff and no budget. Our local animal shelter went bust and closed. Folks dump their pets on our porch and we care for them. We have fifty cats. Want a cat? Our days are so full it can be difficult to see past chores sometimes.

Amy: There is one thing for sure, though: We will never get over it [losing Winston]. We will miss him forever.

TPH: (Lilli): Me too. There’s nothing like a Winston.

Please Note: A GoFundMe page in Winston’s memory has been set up to help Amy and Randy support the rescue animals they care for at Champlain Isle Ponies. If you would like to honor Winston and the McCoys’ contribution to our sport, please go to www.gofundme.com and consider a donation and a message. Everything will be passed on, 100%. Many thanks, The Winston Fan Club.

The Gift that Keeps on Giving: Pony Rescued From New Holland Auction