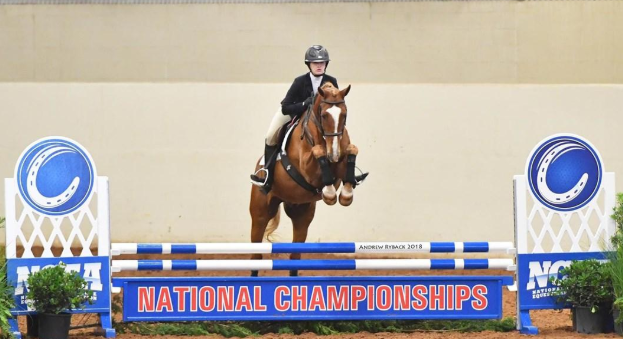 “We are thrilled to be adding Equestrian to our stable of intercollegiate athletics
offerings,” said ECAC Commissioner Dan Coonan, with a smile.  “We think we are
uniquely positioned to host this vibrant league, and play a role in moving collegiate
Equestrian forward within the NCAA.”

“The National Collegiate Equestrian Association (NCEA) is excited about the ECAC’s commitment to add opportunities for competitive Equestrian varsity teams for its current members, as well as draw new members to the ECAC. The ECAC has an outstanding reputation as a leader in providing high quality championship events and we believe that there will be increased interest in Equestrian from current ECAC members,” added Dr. Leah Fiorentino, NCEA Executive Director. “We look forward to collaborating with the ECAC leadership during this inaugural year.”

At this point there are six (6) institutions who have committed to participate in the new league, with many more expected to join, as well as others in the Northeast who have the potential to compete as varsity NCAA programs.  The league will include members from all regions of the country.  The ECAC revised its constitution in January of 2018 to enable it to conduct leagues and competitions and accept members beyond just the northeast region of the country.  The ECAC has several members now from outside of the Northeast, including many which are members for ECAC Esports.

The ECAC Equestrian Championships for the 2019-20 season is scheduled for March 26-28, 2020 at Delaware State University.

ABOUT THE ECAC
Established in 1938, the ECAC is the nation’s largest Conference, ranging in location
from Maine to Georgia, and westerly to Missouri. The ECAC hosts numerous
championships in men’s and women’s sports across Divisions I, II and III, offering
opportunities for thousands of student-athletes. For more information,
visit www.ecacsports.com.