On Saturday afternoon on Devon’s junior weekend, spectators gathered around the wheeler ring to watch an event that is definitely a crowd favorite: the pony hunt teams. Groups of three riders in small, medium, and large classes compete in a six jump course, with a twist.

Riders traded in their show coats and breeches for feathers, onesies, and dresses to match their team’s elaborate themes. This year, teams dressed up as characters from Disney, Conga dancers, grand prix riders, and KISS.  Even the ponies were included in their elaborate costumes, some wearing sunglasses while others adorned intricate braids or blankets. Lots of pony hugs and smiling riders were seen as the colorful costumes created a fun, positive atmosphere.

Before a round began, each team delivered “bribes” to the judges. Baskets filled to the brim with food and champagne were carried across the ring by members, also dressed in costume, of each team’s large support crew. Once the pony hunt team entered the ring, a thematic song played over the loudspeaker, adding to the excitement in the air. The crowd sang to “You’re the One that I Want” from “Grease”, laughed at the “Winnie the Pooh” theme song remix, and danced to Beyonce’s “Run the World (Girls)”.

The last, and most exciting, aspect of each hunter round was the three jumps in the center of the ring. Each team had to ride the jumps in tandem as the crowd anxiously counted their strides. Once the whole team landed successfully, the crowd cheered as the riders cantered a closing circle and exited the ring.

“Wizard of Oz” won the smalls with riders Olivia Sweetnam, Allison Coleman, and Lily Stoughton. The riders dressed as Dorothy, the Wizard, and Glinda as they followed the “yellow brick road” to victory.

And “Woody’s Round Up” bested the larges with riders Annabelle Brown, Gabrielle Young and Jillian Pizzi. Woody and his horse, Bullseye, Buzz Lightyear, and Mr. Potato Head cantered the course along to the song “You Got in a Friend in Me.”

It’s clear that the Pony Hunt Teams is a must-see event at Devon, and one both riders and spectators will remember. 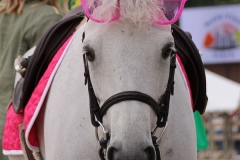 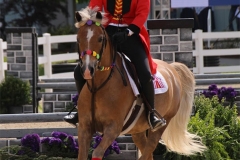 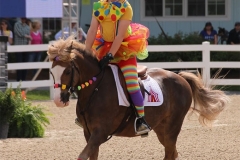 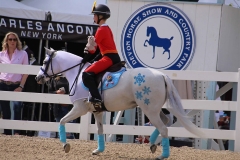 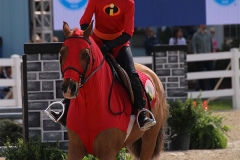 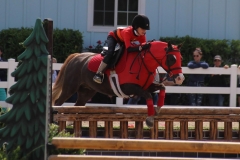 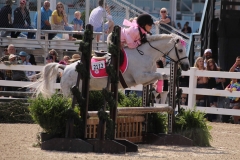 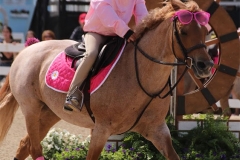 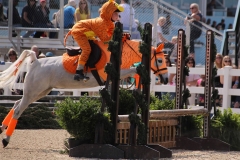 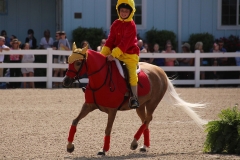 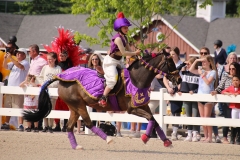 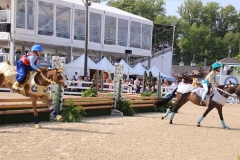 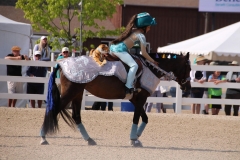 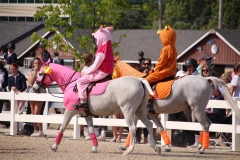 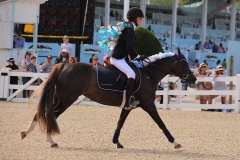 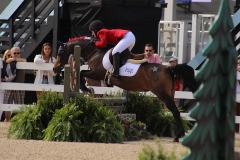 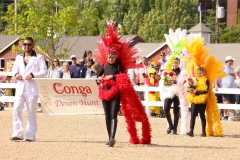 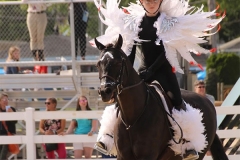 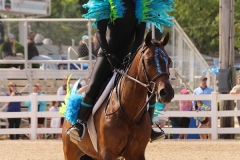 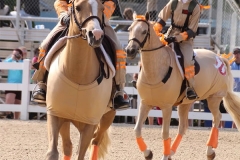 This Devon Horse Show Coverage Brought to You By:
The Clothes Horse has been manufacturing custom made horse blankets, tackroom drapes, and trunk covers since 1972. Growing out of one man’s desire for the perfect rain sheet and company founder Edith Friedman’s willingness to try something new, The Clothes Horse now makes items for some of the most prestigious show barns and horse shows in the country, as well as for private horse owners nationwide.
Learn More About The Clothes Horse »

The Positives From Changing Our Show Schedule: What I Love About Showing Close to Home

The Positives From Changing Our Show Schedule: What I Love About...