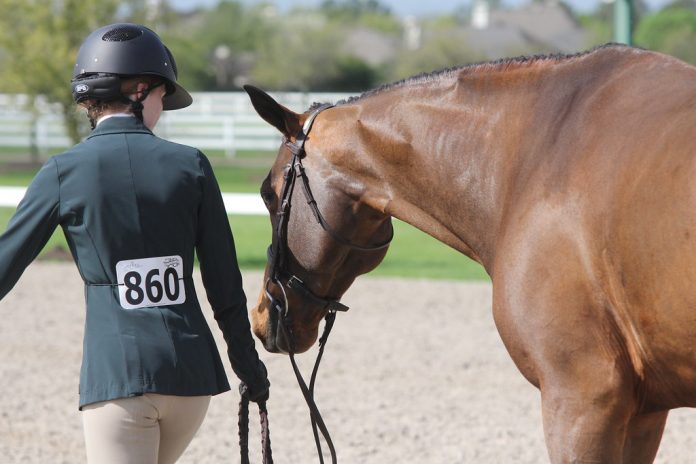 USHJA President Mary Babick answered questions pertaining to the recent suicide of equestrian Rob Gage and the possible unintended consequences of SafeSport. Babick spoke with USHJA Board of Directors member Sissy Wickes about the tragedy.

Note: The US Center for SafeSport is an independent nonprofit committed to ending all forms of abuse in sport. US Equestrian members and participants have a mandatory duty to report suspected sexual misconduct to the U.S. Center for SafeSport. SafeSport training is mandated by the National Governing Bodies of all US Olympic sports such as showjumping. USHJA is an affiliate of USEF and therefore must comply with SafeSport protocol as an amateur sports organization and an Olympic sport affiliate.

The Plaid Horse: Mary, thank you for taking the time to speak with me. I know that my phone has been very busy since the news of Rob’s death, so I can only imagine what yours has been like. Tell me what your first reaction was upon learning of Rob Gage’s suicide.

Mary Babick: Of course, I was shocked and heartbroken. I did not know him, but it is horrible to think that someone would kill themselves.

Do you think it is an indictment of Safe Sport or that Safe Sport caused his death?

My personal feeling is that two things killed Rob Gage- his feeling of helplessness as he dealt with the Safe Sport proceedings and personal elements that I can only guess about. None of us knows when someone appears happy on the outside and has a deep fracture on the inside. When that rock hammer hits you the right way, you can shatter apart. It is truly tragic.

What is your opinion of Safe Sport in terms of its intent and its processes?

The intent of Safe Sport is unimpeachable: to provide our minors with a safe environment. No one disputes the importance of that in our sport and every other. No one claims that we do not have a problem in our sport or disputes the incidences that have been reported in this case. People tend to fall into two camps- those that believe we should draw an arbitrary time line in the sand and say, “Nothing before this date counts.” And, there are those that believe every report matters and every reporter should be heard.

Have you participated in a SafeSport investigation?

Yes, I have been interviewed as a part of an investigation. The person was cleared in the preliminary process, so the accusation never became public. It does happen. And the investigators requested that the conversation remain confidential which it did.

How do you as President of the USHJA become aware of a SafeSport suspension?

The Center for SafeSport notifies the USEF of a ruling which can be either an interim suspension or permanent ineligibility. The USEF informs Kevin Price (Executive Director of USHJA) and me just before the name is placed on the suspension list on their website. We have no prior knowledge of any investigations or outcomes.

One of the popular reactions to this incident is that SafeSport killed Rob Gage therefore the USHJA must secede from USEF so that we do not have to be a part of SafeSport. What is your response to that?

Let me answer that in two parts. One: our minor athletes deserve protection and safety. We need a process for that whether it is SafeSport or something else that I do not know about at this time. I would suggest that people read the Ropes and Gray report about gymnastics, read about swimming and taekwondo. It is chilling. We can’t sweep things under the carpet like these sports did. We will eventually trip and fall over the mound of dirt.

No process in place is a bad idea and no one ever said we were a sport without a problem. We have to have a framework in place to protect our minors. All kids should have a safe place.

Two: I hear about seceding from USEF a lot. And, we have a few contingency plans in place if the Board of Directors decides that they want to go that way. It is very complicated, not undoable, but very complicated. The intricacies of our relationship with the USEF and our systems is something that I have spent ten years studying. You have to understand how all of the pieces work before you can effect change. Regulation and drug testing are big components. The jumper piece makes it very difficult because of the national/international competition conversation. Our jumper discipline requires that we be involved with the NGB and USEF is the NGB for jumpers.

How do we move forward from this tragedy?

At no point should people think our (USHJA’s) silence means that we are not addressing this issue. We are sensitive to this horrible event and the SafeSport challenges. This was a double gut punch for me. I feel for what happened to Rob and I also feel for the people who reported. The victims have to have a safe space to report and have the right to speak their truths. Now that this has happened, they bear an additional burden. Is the safe space still there for them?  Victim shaming is wrong and has no place in any of this. We move on by examining our systems while making sure that we protect our children.

To learn more about SafeSport, visit safesport.org where you may also report a concern.

About the Author: Sissy is a Princeton University graduate, a lifelong rider and trainer, a USEF R rated judge, a freelance journalist, and an autism advocate. Her illustrious resume includes extensive show hunter and jumper experience. She lives with her family in Unionville, PA and Wellington, FL.

Five Reasons the Vermont Summer Festival is THE Place to Be...