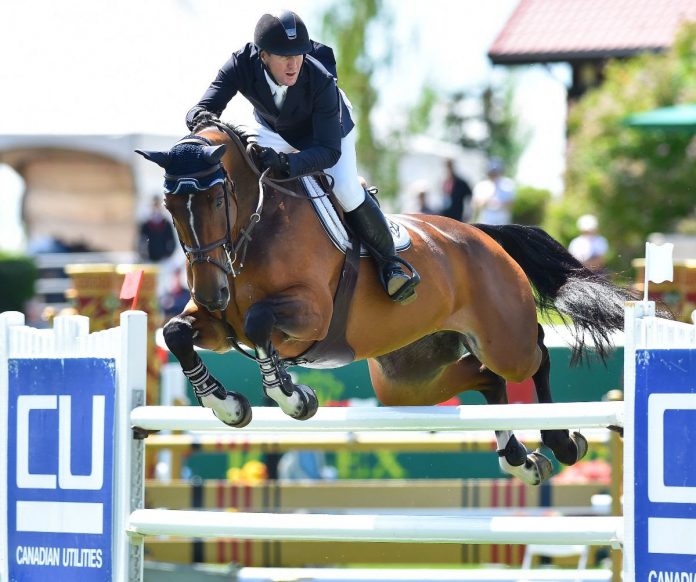 Sixteen combinations were able to jump the first round of competition with no faults and advance to the jump off. Three riders, McLain Ward (USA), Pieter Clemens (BEL) and Mario Deslauriers (CAN) each carried two mounts into the jump off looking increase their odds of making it to the winner’s circle.

The pressure was on in the jump of with many riders pulling a rail in an attempt to post the fastest time. Ward’s first mount, Contagious, was fast and clear with a time of 42.58s taking him to the top of the leader board. Second last in the jump off, Ward came in with his second ride, Olympic mount HH Azur. He bested his own time by 1.52 seconds to secure a first and second place finish.

“It feels good. We (the riders) always talk about Spruce Meadows and how everyone here is always striving to be better, not only in the organization of the events but the facilities. Always looking to be one step better. That’s why you see all the best athletes from around the world trying to come here –  that’s really a testament to what a great job they (Spruce Meadows) do here.” – McLain Ward (USA) on the changes to Meadows on the Green