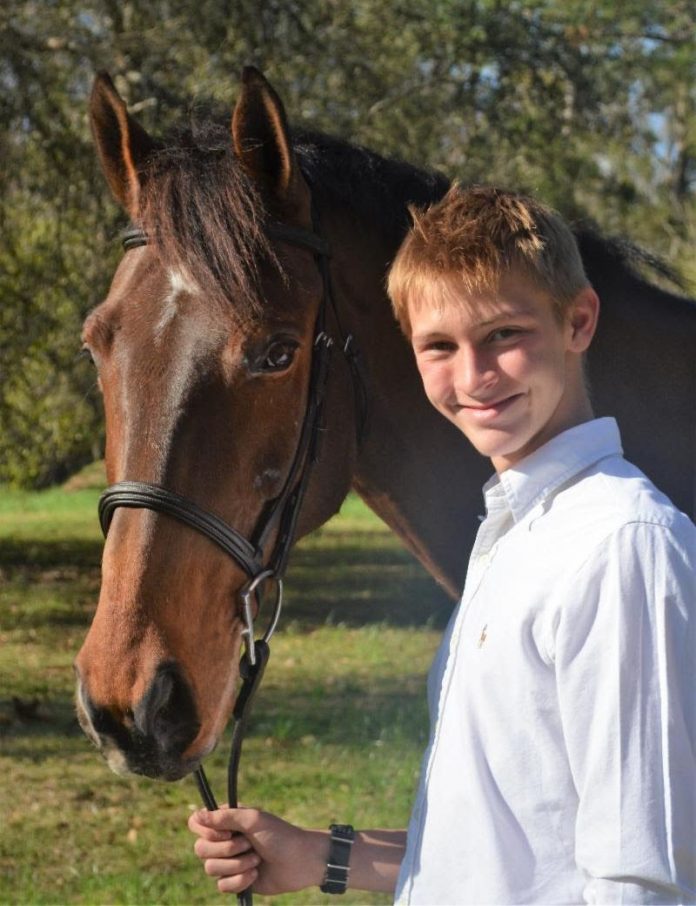 The national award winner is selected from a group of riders who earned a Sportsmanship Award at a local, regional or zone IEA show during the 2018-2019 season. These winners were then invited to submit an application for the National Sportsmanship Award. As part of the application process, student riders submitted a resume, composed a 250-word essay explaining how horses and/or equestrian competition have influenced his/her life and three letters of recommendation.

“My involvement with horses and equestrian competitions has had a monumental impact on all areas of my life. Working with horses has taught me humility and the value of sacrifice,”said McFarlin. “I find myself humbled every day by the willingness of my incredible equine partners to share this journey with me and to teach me. This sport has given me passion, drive, focus and ambition and has helped me to discover the path for my future.”

McFarlin is a rider on the Tallahassee Riding Academy Team in Zone 4 (coached by Amy Center, Janet Crawley, and Grace Dreyer). He is a rising Sophomore at St. John Paul ll Catholic High School in Tallahassee, Florida. Along with being extremely active in IEA, McFarlin also a member of the Southern Hunter Jumper Association (SHJA), United States Hunter Jumper Association (USHJA), and United States Equestrian Federation (USEF). He is also a therapeutic riding volunteer with Hands & Hearts for Horses. Outside of horse related activities, McFarlin is involved interested in Aerospace Engineering and Debate.

“Good sportsmanship is a tenant in the IEA and this award is held to high regard. Choosing the National Sportsman from the pool of amazing candidates is always a difficult decision. Ian has an impressive resume as a proven leader, outstanding equestrian, and his sportsmanship and dedication to IEA and equestrian sport is something to be envied,” commented Roxane Durant, IEA Executive Director.

In addition to the National Sportsmanship Award, a second National Sportsmanship Award is awarded to the highest placing senior sportsman. This year the award went to Victoria Garvin. For this award, the IHSA awards a $500 scholarship to the highest placing senior (12th grade) sportsman, and if that senior attends a college or university with an IHSA equestrian team, that scholarship will be doubled to a total of $1,000.

“Throughout the history of IHSA,” said founder and IHSA Executive Director, Robert E. ‘Bob’ Cacchione, “I have always been impressed by the caliber of sportsmanship and teamwork exhibited by our student athletes, who strive to succeed in the arena as well as the classroom. Our partnership with IEA is rooted in our shared values and a commitment to recognize athletic excellence, integrity and service.”

Nearly 1,000 IEA riders were eligible for the National Sportsmanship Award. Among the 114 finalist applicants, the top eight winners are: