Home Blogs Partial Board Let Me Tell You a Secret: Summit Joint Performance 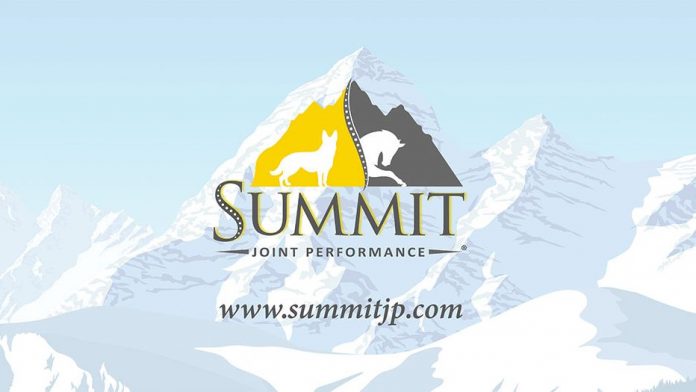 Some secrets are just too good not to be shared. Summit Joint Performance began with such a secret. The formula for this revolutionary supplement was once used in human eye surgery, but as modern medicine advanced, it was put on the shelf and was all but forgotten. Except for one horse person who had discovered an innovative use for the supplement. A doctor’s wife had secretly used it for years to keep her horses agile and youthful. With the formula no longer being manufactured, she was desperate to keep supplies available. She shared her “secret” with Dr. Heather Farmer, her veterinarian. Heather shared the story with her husband, Dorian, who had a couple of aging horses in the pasture. His eyes lit up, “We need to get some of that stuff and try it.” Within 24 hours of injecting their horses, the Farmers saw a difference they could hardly believe. They both knew this secret had to be shared. It would help horses and the people that care for them around the world.

So, their Summit wild ride began. The formula had to be scientifically tested. Clinical trials were conducted through Dr. Farmer’s equine veterinary practice. The results of their initial tests were so phenomenal that the Farmers bought “The Secret” and began their journey. Each horse in the trial had their own unique issues, but by the end of the study they all were Summit successes. In further field studies, a performance difference was observed in test horses within 24 hours of the first dose. These clinical trials confirmed this was a secret not to be kept!

Dorian began sharing Summit with horse friends who tried it and were amazed. They shared it with their friends. Soon, famous equestrians were calling to ask if they could try the Summit formula.

Dorian remembers, “When I got the call from Lee McKeever, McLain Ward’s groomsman, I could not believe it!” He said, “We’re hearing great things about Summit. Send us some of that stuff.” Now, all of McLain Ward’s horses are on Summit Joint Performance. When asked to comment, Lee McKeever said, “Summit has allowed our horses to warm up quicker and perform at a higher level.”

Since Summit’s founding, the company has grown exponentially as people have shared stories of what it has done for their horses. In fact, Summit is a bit of a phenomenon. It has grown mainly by word of mouth at a rate of 15-20% per month. Olympic teams, recreational riders and people with ‘pets in the pasture’ have all experienced amazing results from Summit.

But there is something beyond an amazing product that has helped fuel this phenomenal growth. It is the driving force that powers the company itself. Put simply, the people at Summit want to do good for people and animals alike.

That’s why it’s not unusual for customers to get calls from Summit asking how things are going, and if they can help. Dorian said, “We’re believers in the golden rule. The fun of this business is meeting people and helping them with their horses. The truth is, all of us here at Summit can’t wait to go to work each morning.” The company has intentionally kept the formula’s price low, so it’s accessible to most horse owners. The dose is an easy-to-give intramuscular injection.

As the company has grown, focus has shifted on how best to market Summit. “As I thought about it,” Dorian said, “Our success, up to this point, has been based on a great product, word of mouth and our love of people. So, it just kind of hit me one day, Summit needs to be a direct sales company. It allows us to keep the cost low and rewards those who share their stories of success.”

The Summit approach to direct selling is as unique as the product itself. Representatives don’t inventory or buy product. There are no quotas or minimums. “We just want people to be able to benefit from doing what they’re doing already: telling their friends stories about Summit Joint Performance.”

Summit Joint Performance has proven it can provide astounding results. Stories of horses that were within days of being put down, detailed how they were seen playing in the fields after Summit. Such stories have fired the company’s growth of 15% or more per month. These results also have produced customer retention that exceeds 80%.

So, the Summit direct selling opportunity makes sense if you are around horse people and can retell a story. The rewards of the Summit opportunity are what you make them. The more a person shares the stories of Summit’s amazing results, the more success they will have. The more effort, the greater the rewards.

It all started with a secret that had to be shared, and word of mouth took over. Summit began with a passion for horses and has grown because the Summit team genuinely cares about people. Summit, as a company, is refreshing and different as they strive to make a difference and live the golden rule.

Anyone interested in joining the Summit Joint Performance team can learn more at summitjp.com or send questions to info@summitjp.com.