Home Blogs Barn Lounge Everyone Wants to Be Us: Identifying a Fashion Fauxquestrian From the Real... 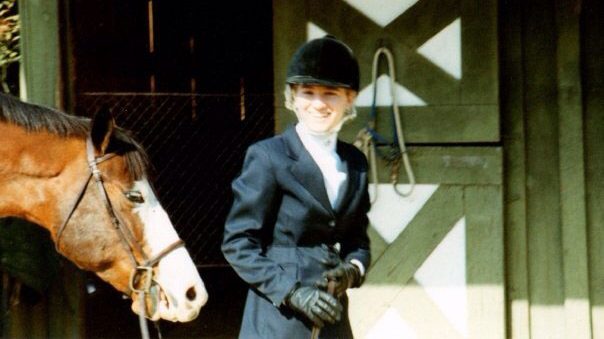 Dating as far back as I can tell, the fashion world has been drawn to the iconic equestrian look. Some brands, like Ralph Lauren and Hermes, have built their entire high fashion brand around their equine foundation. Last year, Tory Burch was thrilled to announce the newest idea in boots—convertible ankle to knee high boots. And y’all… they were half chaps and paddock boots! Not a new concept to us at all.

A couple years ago, I had a week where I had taken on a bit more than was reasonable for me to pull off (as I often do). We were showing an hour out of town, but it was a weekday so I dropped the kids off at their respective schools in my show clothes, flew down the interstate, got on and showed the baby pony in the pre-greens, got back in the car and zoomed an hour back home to meet my youngest child’s class on a field trip at the zoo. I had zero breaks to change clothes, so I chaperoned that field trip in my full show clothes. I kid you not, at least 3 other moms wanted to know where I got my “super cute pants and boots!”

You’ve seen the ads in magazines: a girl, complete with full makeup, pouty lips, and a fresh blowout, in a white sweater (is it awful that the white sweater is the most unrealistic thing?), lounging gracefully on a hay bale while her equally perfectly coiffed horse stands patiently to the side. This is the vibe the fashion industry wants to capitalize on. Because it presents us, the equestrians, as the elite, as something to aspire to be. It reinforces the idea to the rest of the world that the horse does all the work. That all we do is sit around and look pretty.

I wonder how shocked people would be to learn that the reality of being a rider is slightly less glamorous. While it is highly likely you can find someone pouting on a hay bale at any given barn, on any given day (not just the kids—I have been known to rock a good pout myself), the reality is that we have managed to sweat off any trace of makeup. #helmethairdontcare is a very real state of mind. Our horses make a game out of finding every possible mud puddle to roll in, and the only white things we own are brand new from the tack shop.

I still rock this equestrian look the fashion industry loves, but my own way. I will wear my breeches absolutely anywhere I need to go (though one child has repeatedly requested I not wear the dirty breeches to parent-teacher conferences in the future). I have no problem going to grab lunch with my spurs still on, and dirt smudges on my face. Most of my days at the barn are far from glamorous, but the dirt under my fingernails makes me be able to identify a fauxquestrian versus a real equestrian when spotted in the wild:

True equestrians have a few tells that are a little more difficult to see, especially for the newly indoctrinated. Some of us are cleaner than others, or maybe we weren’t at the show long enough to get filthy. I took my SAT’s in my show clothes so I could go directly to the show that day, so I’m fairly certain I was clean, and in public, in breeches and tall boots at least once. With that in mind, pay attention to these more subtle giveaways.

Finally, we can’t neglect the original vision of lounging on a hale bay next to an impeccably groomed horse. If we’re wearing a lovely fall sweater, breeches and boots next to our horse, I can promise you that either we will be clean, or the horse will be clean—but never both at the same time.

So while the fashion world will continue to try and mimic our endearing looks (I mean, can you blame them?) you can rest easy knowing that you have the tools to differentiate between authentic equestrian, and fashion-fauxquestrian. This distinction is important because every equestrian I know has earned the breeches and boots with sweat, tears and more passion than the average person could ever dream of.