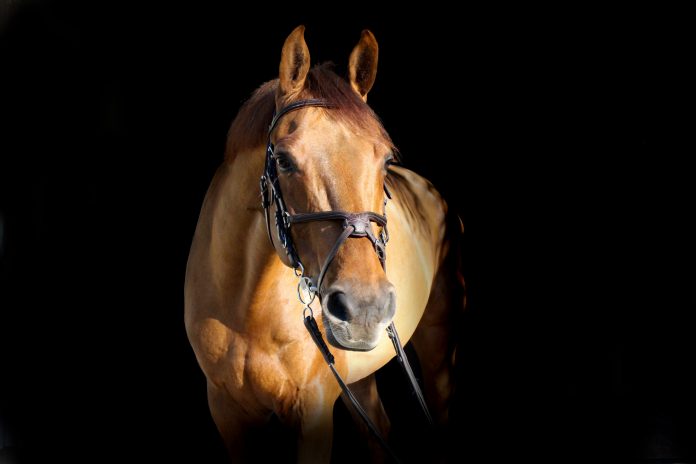 I spent some time recently on a local Facebook group’s page looking at horses for sale, and was struck by how often the photos used in the ads were of exceedingly poor quality. So I decided to do a little experiment while getting new photos for my farm’s website, and took two photos of my thoroughbred broodmare to illustrate the differences between “good” and “bad” sales photography. Please note that I realize that the second photo is not perfect, but it would be far preferable to the first in an actual for sale ad.

This is my mare, Thumbs Up (also known to her friends as Jackie). It is the same horse in both pictures, on the same day, at the same farm. Now, which picture, when viewed in a sales ad, would send you rushing to call/email/PM for more information? Certainly not the first one, right?

I see so many photos like the first one, and it is incredibly frustrating. This is a lovely mare, but in the first photo, there is nothing about her that would prompt me to ask for more information. I’ve caught her at a funky angle which makes her left hind look swollen, her overall conformation just weird, and (combined with the poorly fitted nylon halter) her pretty, petite head look huge and boxy. Plus, the ancient cattle barn (which makes a wonderful run-in shed) in the background is a bit of an eyesore. I appreciate how useful it is, but it’s not something I want in my advertising. There are flies on her face and manure on the ground, and the whole thing just screams unprofessional. Plus I’ve used my cell phone and added a filter, which is something else that seems to be popular lately. So, what’s different in the second photo?

For starters, I waited a few hours. The difference in the light between 1 p.m., and 6 p.m. is huge. Always shoot at the beginning or end of the day if possible, as the light is so much more flattering. Secondly, we moved to a different spot on the farm with a cleaner background. It doesn’t have to be fancy, just not distracting. In fact, there’s tractor equipment behind her, but we’ve positioned her so that her body is blocking it. We also tossed the ugly halter (which was on in the first photo strictly for the photo – I never turn out with halters, especially non-breakable ones) and put her in a nice, well-fitted bridle. I used a free, downloadable retouching software to remove the flies and a few stray dandelions from the photo as well. Thirdly, I used my DSLR (a Canon 60D to be exact, so certainly not top-of-the-line, but pretty nice) however, a good quality cell phone or point and shoot camera would have done just fine for a basic sales ad, if the other factors were good.

The second photo isn’t perfect; I can see a few things I would change, but the overall presentation is a thousand times better than the first. The little bit of extra effort can really mean the difference between someone contacting you or not. It’s still a buyer’s market out there; don’t make it harder on yourself to sell your horse than it already is.

This article originally appeared in the May/June 2016 print edition of The Plaid Horse.