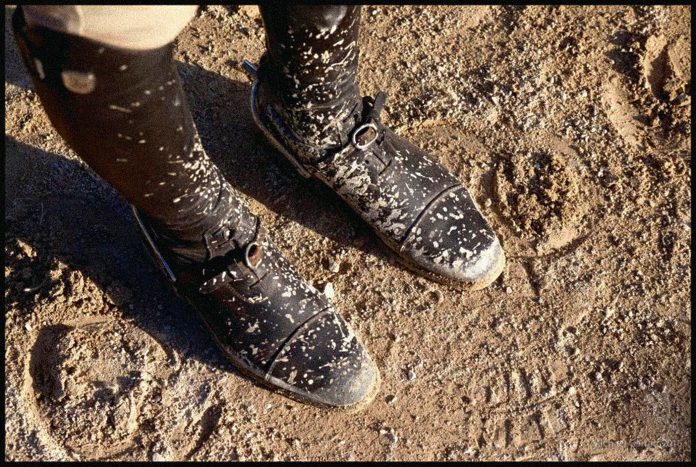 Good riding requires you to be both physically and mentally fit. You must be able to feel your horse and move with him. It is important for you both to control them and get out of their way. This, in itself, requires you to be physically fit. Good riding requires consistent thought. Riders must work and rework exercises to instill consistency in the rider, the horse, and the combination of both. Good riding involves repetition and learning to work with the horse through difficulties and misunderstanding in training. Yet, the most difficult element to master is the mental piece.

Mentally preparing and reacting to the horse properly requires time. It also tends to be a more influential piece as you age or if you have suffered an accident. The two most common situations that the rider must mentally overcome are basic instincts in moments of physical fear and fear of making mistakes.

Physical fear occurs when the rider feels out of control of their horse. This feeling of panic happens more often with novice riders who have not learned to adapt. For example, if the horse locks its jaw and bolts a novice rider will tend to lock up and clamp onto the horse with their legs, while also locking the elbow to try to overpower the horse to stop. Basic instincts tell them to hold on. They do not realize in clamping on with their legs, they are communicating to their horse to go forward. It is a trained response to relax the leg when bringing the horse back. While doing so properly requires you to keep leg, it is not a clamped leg. It is a steady controlled and connected leg. When a rider locks their arms, they are attempting to overpower the horse. This is impossible. The arm must stay elastic even when trying to reel in a horse that is running away. Especially in instances where the horse has locked their jaw, the rider must stay elastic in order to supple the horse and unlock their jaw to bring them back properly. Physical fear can be overcome through training and experience. In an experienced rider, it may reoccur after an accident or traumatic experience.

The fear that tends to reoccur more often in riders is the fear of making mistakes and can happen for a number of different reasons. Your nerves might come into play during a big class. Maybe it is your first time moving up levels on a young horse and you want to ensure they have a good experience. When riders operate from a place of fear, they tend to miscommunicate with their horse. They begin to either overthink or become incapable of thought for that moment.

From time to time, I personally struggle with the fear of making mistakes. In June, I moved up to the 1.40m with a horse that I had recently partnered with. In our first class, we were double clear and decided to do the Welcome Stake. It was the same height and similar in difficulty, but the word ‘Welcome’ got the best of me. I misread the bending line and placed him long and weak to a wide oxer. My horse jumped for me and took both the front and hind rails down. Knowing it was rider error and I wasn’t going to get it together, I chose to withdraw. I dropped down to the 1.35m to get my confidence back. Things were going quite well until I jumped into a combination and he struggled to get out. I finished the class. But all of a sudden, my mental fear kicked in. We had jumped hundreds of in and outs, and just one time we struggled, but now it was in my head. As irrational as it was, I thought I was going to have trouble with all the combinations. The moment I thought I had trouble with combinations, I did.

I would set my eye on the combination and begin to overreact by either pulling through the turn hoping to find a forward distance or lengthening my canter through the turn thinking I needed more pace. All in all, I really just needed to canter. The panic caused me to make poor choices, making it more difficult for my horse to jump clear. The combinations weren’t the problem; it was my irrational fear of making a mistake.

Similar to relationships, it takes years to build trust and only one moment to break it. However irrational the fear was, it was still real. Once I decided I had this problem, I started to pull or leg and misread the distance. I went home and practiced and retrained my thinking until that one combination was a distant memory, a brief moment of doubt flooded by many successes.

As riders, good riders, we think and rethink. We go over what happened, what went wrong, and what we could have done differently. Perhaps that’s what differentiates riders. We do our best to self- reflect and reason with what happens in that 60-80 second window in the ring. I was lucky enough to have the guidance of a great horseman, Bucky Reynolds. He told me many things of value, one of which I will never forget. It was, “Don’t verbalize.” While funny and true in its moment, I understand it now. When you speak of your fear, you give it meaning and power. You make it true. You should not give it any recognition; it needs to be buried until you forget about it. No excuses, keep riding.

The mental aspect of riding is the most difficult to overcome. Once a rider has progressed beyond their issue, it may from time to time rear its ugly head. I believe this is true for most riders, and it comes in varying forms. Sometimes it is fear of being hurt, fear of ruining our horse, or fear of being wrong. Either way, the fear is real. Good riders work through it when it occurs. Great riders have found a way to overcome it. While we all feel it, we must learn to transcend the fear as counterproductive to our success. Though the fear may be irrational, it is a constant battle for many riders.

Ashleen began riding when she was five years old. Shortly after, her family purchased one of the closest stables to the city of Chicago. Ashleen grew up around the stables and spent every free moment with the horses. She has been training and teaching professionally for the past eleven years. During that time, she earned a bachelors degree from DePaul University in Business Management. In the last year, she has taken over the family stable, Freedom Woods, Inc. and has substantial plans for the future.

This article was originally published in the October/November 2016 print edition of The Plaid Horse Magazine.

The Plaid Horse Issues to be Included in LaLa Horse Subscription...