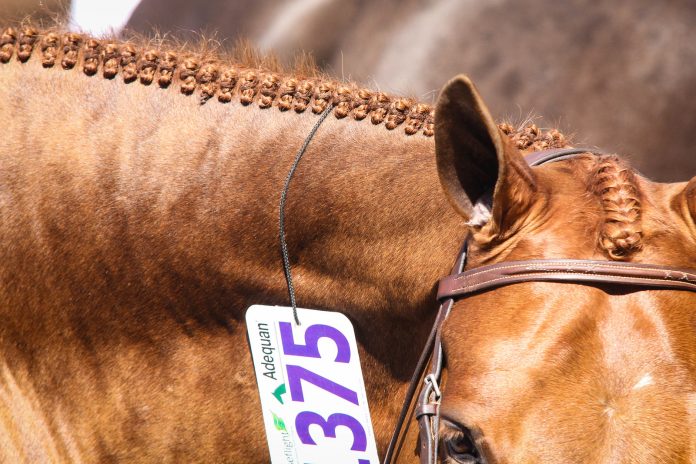 Planning on opening competitions around the country starting June 1st, USEF has made an Action Plan 2020, in response to the dangers of coronavirus. The full plan is supposed to be released on their website sometime later in the week, as well as a recording of the entire webinar.

Clarifying, rules and regulations will be different depending on the state and local governments in the area of where the competition is being held. As slow openings begin, rules may change week to week as certain measures are lifted. Therefore masks and other requirements may be in place for some competitions and not others.

Changes affecting all competitions is the amount of non-essential personnel (spectators)  allowed on site, temperature monitoring of staff upon arrival, and published warmup and ride times. Trying to avoid congestion in both the warm up ring, in-gate, and back at the barn a limited number of people will be allowed in the designated areas at one time. If exhibitors or spectators are not following the guidelines put into place by both the government and the horse show organization, all officials are able to call cause for removal of the individual from the competition and facility.

A common cause for concern is the number of qualifying and eligibility rules being unable to be met with the months lost without competing. USEF has advised changes are being made in a new resolution for the coming season to be released by June.

Highlighting some of the changes being made at a facility level, Micheal Stone, of Equestrian Sport Productions, which runs shows such as WEF, is implementing having all entries be handled online to cut down on the amount of visitors to the show office. For the protection of the limited number of people allowed in the office, plexiglass barriers will be installed separating workers from exhibitors. In another effort to practice social distancing, a three person limit, a groom, trainer, and one family member, are allowed to accompany a competitor to the ring. For emergencies, updates, and closures a new mass texting system will be implemented to provide information quickly to all spectators. Asking people to take cover in their personal vehicles in the event of bad weather to avoid large gatherings under tents.

USEF encourages equestrians to get in contact with the horse show organizations putting on the show before making any entries. Another question and answer webinar will be hosted by USEF in the coming month to go over the fully released new Action Plan for Covid-19.

For more coronavirus resources and updates, please visit US Equestrian.